#OmanPride: It’s their business to ensure that you have a good time 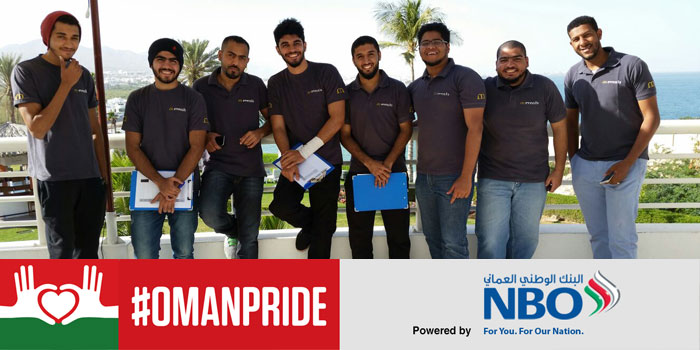 Muscat: At any concert or event, the well-dressed, influential figures are the ones being watched.
But who are the unsung heroes who work before and after the endless lines of people snake through the event’s doors?
By helping visitors find a parking spot and welcoming VIPs, a group of Omani college students are cashing in on exceptional part-time jobs.
More than 50 students and recent graduates have joined to orchestrate events in Oman, including major events such as the waterfront project in Muttrah and Tanfeedh, allowing them to interact with ministers and celebrities.
The team is now three years old and consists of 56 young men from the Higher College of Technology, with each receiving an average of OMR20 per event, according to 25-year-old Ahmed Al Balushi, founder of the group.
The young men keep the parking lots organised, help visitors to find their seats and, overall, make sure everyone is having a good time. But as easy as this might sound, joining this team requires certain qualifications.
“I interview each and every candidate and I only accept the ones who are willing to contribute to the team and have an interest in developing themselves,” Al Balushi said. Engineering students by morning and workers by night, the team members also distribute gifts and help with logistics.
Al Balushi said that the busiest time is the summer months,when shopping malls host more events and workshops.
“We receive an average of two requests per month, but some months are just dry,” he explained.
“However, sometimes our job becomes really hard when there are high security measures at events and we end up finding ourselves in limbo,” he said, referring to the Muttrah waterfront project.
“After all, we carried out a nice event, despite strong winds. It was a miracle,” he said.
His team is now working on the LEGO map at the Avenues Mall.