'No Objection Certificates should stay in Oman but be fairer' 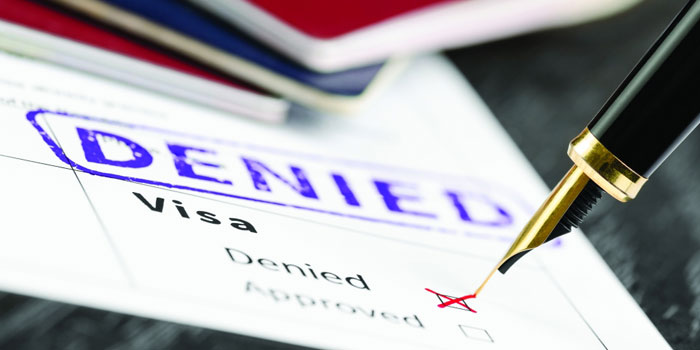 Muscat: It would be “unfair” on companies to scrap Oman’s No Objection Certificate (NOC) but it should be fair to both employer and employee, Shahswar Al Balushi told Times of Oman.
In an exclusive interview with TimesTV, Al Balushi said scrapping the NOC would be “unfair” to companies in the Sultanate who spend a lot of time and money on recruitment.
He said the Royal Oman Police should look at how to make it fairer to both parties.
The CEO of Oman Society of Contractors said: “Let’s take a look at the NOC. What is the NOC? The NOC is trying to protect. As a company I bring an expatriate to work for me, against a contract of let’s say two years."
Also read: Omani job hunters to get priority over expatriates
“If the expat came into the country to serve a specific purpose and before the two years expires he wants to jump ship, this is unfair for the company. The company had done the research, the hunting, the cost of bringing him, paid for the visas, paid everything to bring this particular person to work here.
“If the company is the one asking this particular expatriate to leave, then I believe automatically the expat should be allowed to search for other opportunities and to join another company, without having to take an NOC.
“I have fulfilled my contract, I should be allowed to join any other institution in Oman for that purpose. If you leave the company before the contract is terminated, then the NOC has to apply.
“I think that would be fair because we cover all the elements of the NOC. Right now the NOC is saying regardless of what the situation is, you have to get the NOC from the company. So we need to look.
“The NOC is an ROP issue. I think the ROP needs to look at that in more detail, they need to study the different circumstances, they need to address them, and become clearer about what is the situation here for this particular issue of the NOC.
He added: “I think scrapping it is also unfair to the companies. I think let’s make a change, let’s look at what is fair for both parties and make it flexible. It is there to protect both companies and employees. We should look at it that way. We should not gauge it to one side only. There is a contractual obligation between the two parties.
“We need to look at it as a business relationship. As an employee you have a choice - you are a free person.
“If we do a balance in the equation, the NOC would also move away from being a challenge to being something that is balanced on both parties. Because if we go back to why it was scrapped before, we brought it back again because it didn’t help. The solution is finding something in between".