On the ball: Deep down, most celebrities are just like us 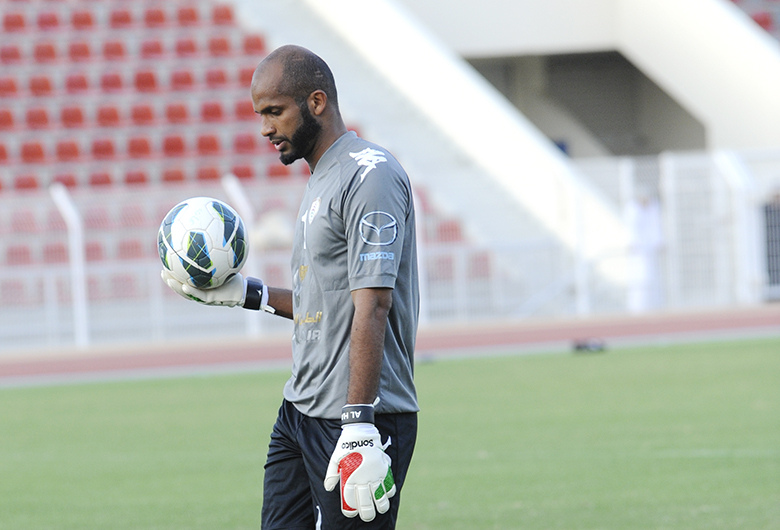 “So what do you do here?” asked the visitor I was escorting. “Me, I’m a media executive. That’s just a fancy term for journalist,” I told her.
Saina Nehwal threw her head back and laughed. A lovely, lilting musical one. The world’s number one badminton player spent the next half an hour or so regaling us with tales about her experiences travelling overseas, glossing over her title triumphs with a very genuine modesty.
Most people would’ve brought an entourage of agents and publicists with them – Karim Benzema certainly did – but Saina only brought her father with her.
Saina Nehwal was very nice to talk to. Strip away the glittering trophies, the official Team India kit and the coterie of photographers and videographers around her and she would’ve been just the same.
To be honest, most celebrities are nice to talk to.
The next time you’re strolling through Muscat Grand Mall and spot Ali Al Habsi at an Ooredoo event, it’s only natural to get overexcited and jump up and down as if you were on your very own invisible trampoline, but taking the time to talk to him as a person, and not as a celebrity will lead to a longer, more memorable conversation between the two of you.
The truth is that in a world of 24-hour news and exhaustive coverage that details every aspect of celebrity life, sometimes all they want to do is be themselves, and they cannot often do that in front of their fans, who idolise them as role models. There is a certain inspiring image they have to maintain, one that’s been drummed up by the marketing and event management people in boardroom meetings, but more often than not, what would really endear any celebrity to their loyal supporters is simply dropping that veneer of PR spiel and just being who they really are.
Because the person you meet underneath that mask is almost always a more memorable individual than the personality that’s been constructed and trained to rattle off a few sentences that have the inspiration and panache of a wet dish towel. One particular conversation I particularly remember was my meeting with former Arsenal and Sweden legend Fredrik Ljungberg. He was part of the Invincible Arsenal season, which saw the Londoners go through the 2003-2004 league season unbeaten.
I was thrillingly excited to have met one of my childhood sporting idols, and what amazed me when I arrived for our interview at the Arsenal Soccer School Oman’s training base at the British School Muscat was that it was just him and me on the pitch. Looking back at it now, I feel truly fortunate to have interviewed such a massive celebrity at the age of just 24.
I did spend the first five minutes with an awestruck look on my face, but once I opened up to him and told him I never expected to be interviewing someone of his stature at my age, I was delighted to have a rapport going with him as he opened up about his childhood and early career.
“My parents were adamant that I had to finish school before I started a career in football because a bad injury could end your career and they wanted me to have something to fall back on,” I remember him saying. There was a lot more he told me that wasn’t part of our interview, simply because he was such a genuine guy. He shared so many fond memories of his time at Arsenal and assigned some rather choice words to several of his opponents, all of which are unfortunately too salty to print here.
Another great memory I have was my meeting with former Pakistan cricketing star Azhar Mahmood. I’d been watching him since I was 10, and told him as much. “Stop making me so old, Gautam,” he quipped. “I’m going to be 40 soon.”
But one of the most startling revelations of my fledgling career came from former high jumper Martyn Bernard, who had represented Team Great Britain at the 2008 Olympics and won a silver medal at the Commonwealth Games in 2006, having last turned out for his nation less than two years ago.
I’d expected him to be staying in a big, swanky hotel when I’d met him during his visit. Instead, when I asked him where he was being put up, he replied with “I’m staying with my friend in his apartment about 10 minutes away from here.”
Obviously, there are those who change because they are fuelled by the attention and lavish lifestyles that show business provides them, but for the most part, celebrities, deep down, have much the same backgrounds and the same concerns that all of us have, even if it may not be immediately discernible. To quote the legendary musician Phil Collins, I know we’re different, but deep inside us, we’re not that different at all.
—[email protected]