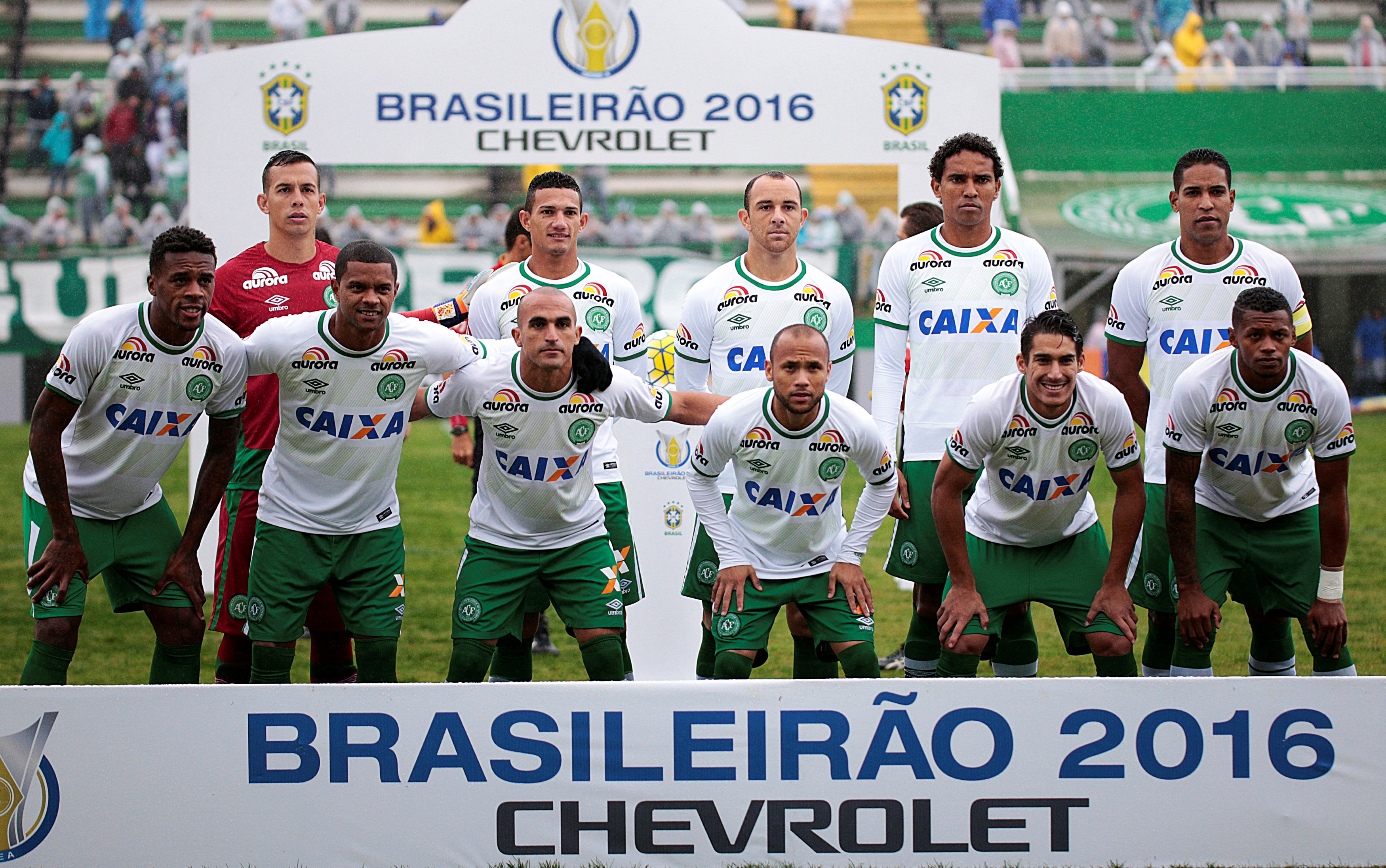 La Union (Colombia)/Chapeco (Brazil): A chartered plane carrying top-tier Brazilian soccer team Chapecoense to the biggest game in its history crashed in the Colombian mountains, killing 75 people on board, authorities said on Tuesday.
Dozens of bodies were laid out and covered with sheets around the wreckage of the BAe 146 aircraft, which was lying in mud near La Union, a small town outside Medellin.
The plane went down about 10:15pm on Monday night with 72 passengers and a crew of nine. It was unclear what caused the crash, although local media said the plane had reported an electrical fault shortly before it disappeared off radar screens.
A Reuters photographer said the plane split in two, destroying the tail end. Rain hampered the dozens of rescuers as they combed the muddy and forested area.
Chapecoense, from Brazil's top league, had been flying to face Atletico Nacional of Medellin on Wednesday in the first leg of the Copa Sudamericana final, South America's equivalent of the Europa League. On Tuesday, Atletico Nacional offered the championship to Chapecoense.
It was the first time the small club from the southern city of Chapeco had reached the final of a major South American club competition.
Colombia's civil aviation head, Alfredo Bocanegra, said by Tuesday morning, there were 75 confirmed fatalities, with six injured survivors. He said the death toll could rise.
Tributes poured in from the global soccer family and Brazil declared three days of mourning.
"I express my solidarity in this sad hour during which tragedy has beset dozens of Brazilian families," President Michel Temer said.
"The government will do all it can to alleviate the pain of the friends and family of sport and national journalism."
Brazilian news organizations said 21 journalists had been on board to cover the match.
Colombia's disaster management agency listed players Alan Ruschel, Danilo Padilha and Jakson Follmann as survivors.
Flight tracking service Flightradar24 said on Twitter the last tracking signal from flight 2933 had been received when it was at 15,500 feet (4,724 m), about 30 km (18.64 miles) from its destination, which sits at an altitude of 7,000 feet (2133 m).
The BAe 146 was produced by a company that is now part of the UK's BAE Systems.
The crash evoked memories of other soccer air disasters, including the Munich crash in 1958 that killed 23 people, including eight Manchester United players, journalists and travelling officials.
World governing body FIFA said on Twitter its "thoughts were with the victims, their families, fans of Chapecoense and media organisations in Brazil on this tragic day."
Chapecoense qualified for the biggest game in its history after overcoming the Argentine club San Lorenzo in the semi-final on away goals following a 1-1 draw in Buenos Aires and 0-0 draw at home.
They were underdogs for the match against a club going for a rare double after winning the Copa Libertadores in July.
Chapecoense was the 21st biggest club in Brazil in terms of revenue, bringing in 46 million reais ($13.5 million) in 2015, according to a list by Brazilian bank Itau BBA.
The club has built its success on a frugal spending policy that eschewed big money signings and concentrated on blending young talent and experienced journeymen.
"They were the hope of our city," said Jean Panegalli, 17, a student in Chapeco. "They played for love of the shirt and not for money. They played with the commitment that only those who have lived here know.
"They were ferocious."
Chapecoense's best-known player was Cleber Santana, a midfielder whose best years were spent in Spain with Atletico Madrid and Mallorca. Coach Caio Junior also was experienced, having managed at some of Brazil's biggest clubs, Botafogo, Flamengo and Palmeiras among them.
The crash prompted an outpouring of solidarity and grief on social media from the footballing community, with Brazilian top flight teams Flamengo and Santos tweeting messages of support.
Porto goalkeeper Iker Casillas tweeted: "My condolences for the plane accident that carried @ChapecoenseReal. Tough moment for football. Good luck and stay strong!"
The South American football federation suspended all games and other activities following the crash.