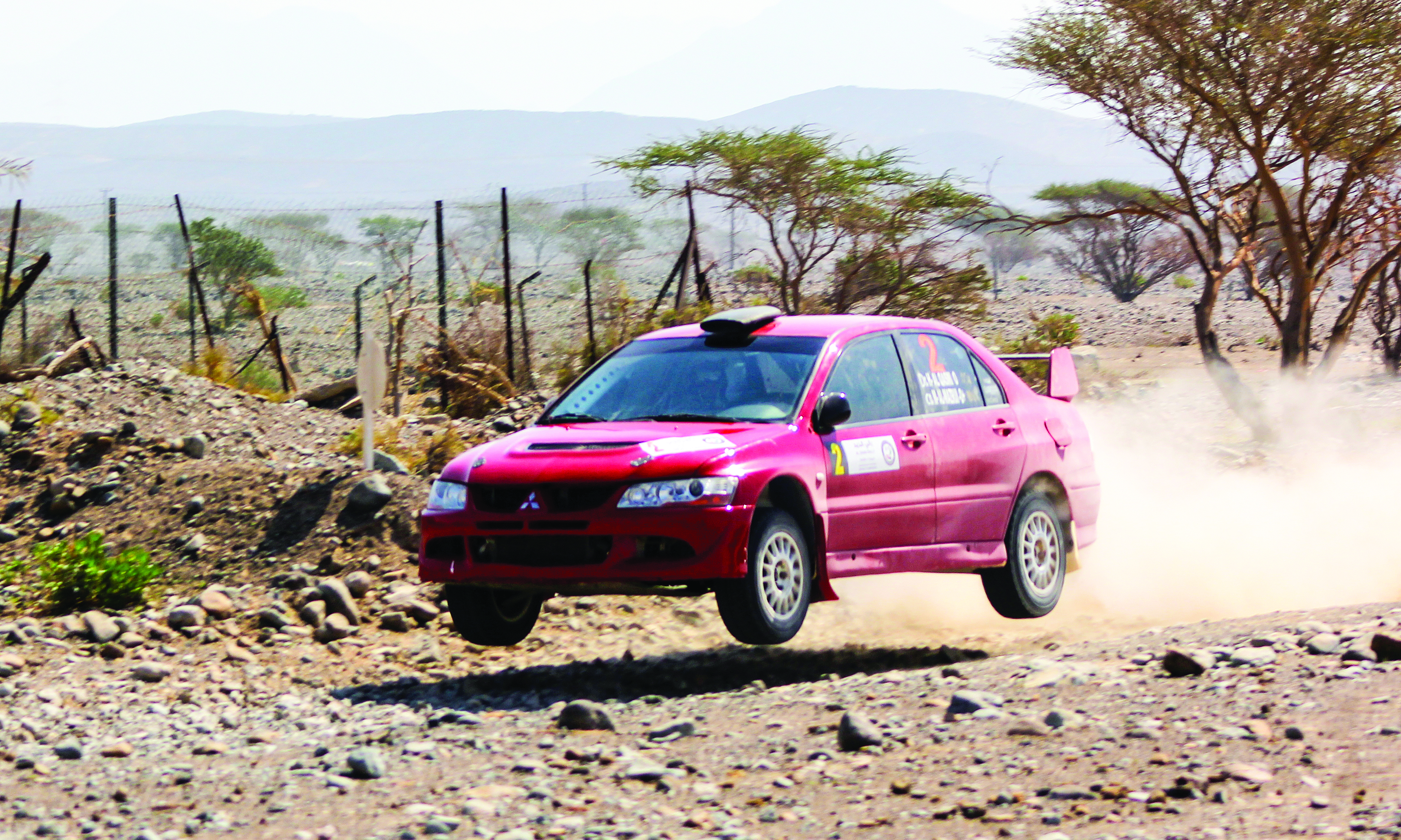 Muscat: After achieving good results in the fourth round, three Omani rally stars are eyeing podium places in the the fifth and final round of the UAE Rally Championship to be organised in Fujairah on December 2.
Khalid Soomar, one of the most experienced rally drivers of the Sultanate, made his debut in the UAE championship when he took part in the fourth round held in Sharjah early this month and made it a memorable outing by winning the third place.
Khalid Soomar and his co-driver Issa Al Wardi are now hoping to better that performance in Fujairah on Friday.
“I will try my best to finish in top three. But this is going to be a tough rally.. anything can happen,” Khalid said while thanking his sponsor Target for supporting him.
While Khalid is eyeing the podium, Hameed Al Qasmi is facing some problems with his Mitsubishi Evo 8 rally car.
Al Qasmi, who is currently in third overall position in the championship, finished fourth in Sharjah and despite the problems with his car, he is hoping to do his best and finish in the top places.
As in the previous round, Al Qasmi and co-driver Mohammed Al Mazroui will be going into the final round with no backing from the sponsors.
“There has been no support for me. No sponsorship for the whole season. It has been a very difficult season,” said Al Qasmi.
Al Qasmi will have competition from his compatriot Faisal Al Rashidi, who is currently fourth in the overall championship and is hoping to finish in even higher with a good performance in his Subaru Impreza N11 in the final round.
Faisal and his navigator Waleed Al Rashidi, who will be driving a Subaru Impreza, however are fortunate to have sponsors.
“I am thankful to the support from our sponsors Insight Information Technology Company and Inspection Services Equipment Oil Fields Company,” Faisal said.
“We are ready to battle for the top places in Fujairah,” he added.
Meanwhile, Humaid Al Waeli who suffered an accident in the fourth round will not be taking part in the Fujairah.