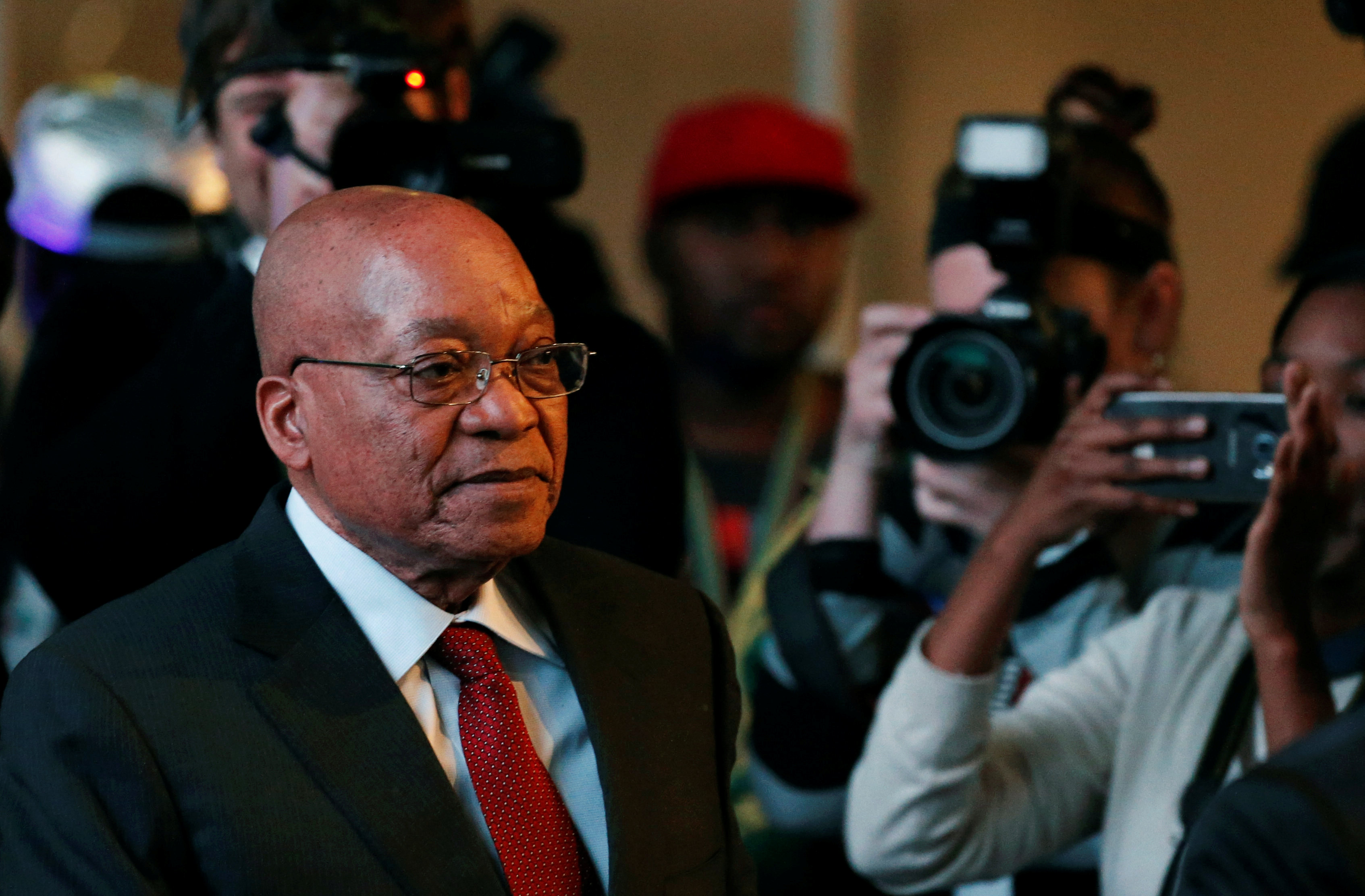 Pretoria: South Africa's scandal-plagued President Jacob Zuma faces a no confidence vote on Monday by the ANC's National Executive Committee (NEC), with at least three of his cabinet ministers turning against him, local media reported.
The NEC, which can remove Zuma from office, extended a scheduled weekend meeting into a third day on Monday after Tourism Minister Derek Hanekom proposed the no-confidence motion on Saturday, the Afrikaans-language daily Beeld said.
Two more cabinet members - Health Minister Aaron Motsoaledi and Public Works Minister Thulas Nxesi - have since joined Hanekom in asking Zuma to step down, News24 reported.
NEC members were locked in a "fiery and fierce" debate over whether a secret ballot should be used, Beeld reported, citing unnamed sources who had attended the meeting.
One senior ANC official, who asked to remain anonymous, said Zuma would probably manage to survive the latest attempt to dislodge him by the growing number of ANC figures unhappy with his leadership.
"Even if there's secret ballot, he's still likely to get the numbers," the official told Reuters.
An ANC spokesman did not respond to telephone calls seeking comment. In a statement on Sunday, the ANC did not give a reason for the extension of the meeting.
Analysts said Hanekom's motion was even less likely to succeed if Zuma's allies managed to secure an open vote, one of the main ways he has controlled the party during his seven years in charge.
"Without a secret ballot, the Hanekom motion is doomed - the regrouped pro-Zuma faction will whip its superior numbers in the NEC into an effective wall against the motion," NKC African Economics said in a note.
The NEC, which is meeting in the capital, Pretoria, is the only body in the ruling party that can remove the leader of the party, besides its five-yearly congress.
Zuma himself is one of the committee's 104 members, most of which were elected alongside the president in 2012.
Zuma's presidency has been plagued by scandal and the nation's anti-graft watchdog this month asked for a judge to investigate alleged influence-peddling by a wealthy family Zuma has called his friends.
Zuma has denied any wrongdoing.