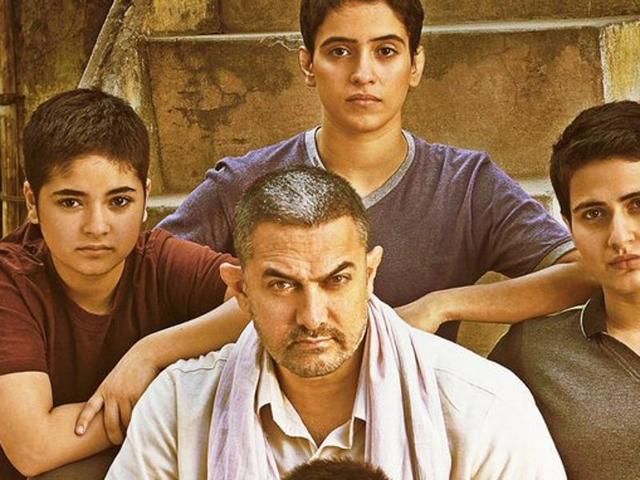 Mumbai: Bollywood Superstar Aamir Khan says he would apply for tax free status for his upcoming film "Dangal" that is based on the life of wrestler Mahavir Singh Phogat.
Usually, the makers of sports films seek tax free status from the government.
"I believe it's a film where the parameters of tax exemption are.. I think it does fall in this category. It is not for me to decide (on tax free), it is upto the state
government to decide. We will apply for tax free before the release of the film, it's a process and it may happen or may not happen. I can't predict how much time will it take," Aamir told reporters here at an event of "Dangal".
A special video of the making of "Dangal" featuring Aamir and his trainers was shown and how he gained weight for the character and subsequently how he shed it.
The Nitesh Tiwari-directed film is the story of Haryana-based wrestler Mahavir Singh Phogat, who trained his daughters Geeta and Babita to become wrestlers. The biographical sports drama film will release on December 23.
When asked if he is expecting U or U/A certificate for "Dangal", Aamir said, "It's a universal film, it is about children, kids, it's the story of a family. Ours will be more of a family film I think it will be a U film."
There were reports that Pahlaj Nilhani of CBFC had asked Aamir to postpone "Dangal" due to demonetisation.
To this, Aamir said, "He has not asked me to do anything, I never got a call from him."