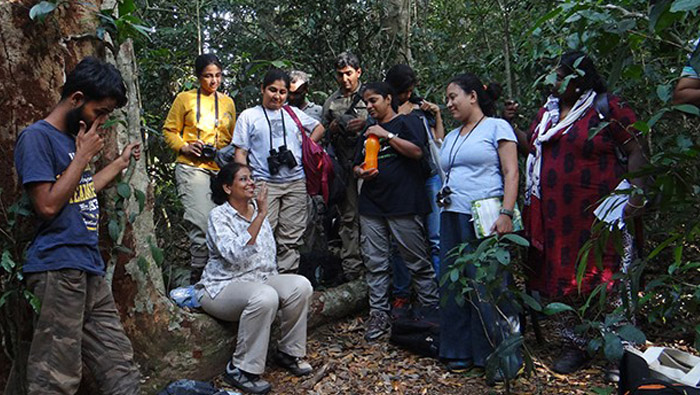 Budapest: The 2019 UNESCO-Sultan Qaboos Prize for the Conservation of the Environment was presented in its 15th session in Budapest.
Read here: Indian institute wins UNESCO award named after His Majesty

Assigned by His Majesty Sultan Qaboos bin Said, Dr. Madiha bint Ahmed Al Shaibaniyah, Minister of Education, Chairperson of the Oman National Commission for Education, Culture and Science, presented the prize to the representative of the Ashoka Trust for Research in Ecology and the Environment (ATREE) in India, based on the recommendation of the jury committee of the prize.
The prize presentation ceremony took place at the World Science Forum organized by the Hungarian Academy of Sciences in cooperation with the UNESCO, in the presence of Dr. Janos Ader, President of Hungary, Shamila Nair-Bedouelle, Assistant Director-General of the UNESCO, and a number of ministers from participating countries, as well as representatives of many countries, academic and scientific institutions from all over the world.
Outstanding contributions
At the ceremony, Dr. Madiha said: “Today we are honoured to celebrate the granting of the 2019 UNESCO-Sultan Qaboos Prize for the Conservation of the Environment, an award launched by His Majesty Sultan Qaboos bin Said in 1989 to honour outstanding contributions of individuals, groups, institutes or organisations in the fields of environmental and natural resources research, environmental education and training, as well as participants in the establishment and management of biosphere reserves, natural world heritage sites and UNESCO World Geological Sites.”
In this regard, the Minister of education announced that the Sultanate intends to organise and host the Second International Bioethics Conference to be held in February 2020, with the support of the Oman National Bioethics Committee and in partnership with the UNESCO. -ONA
The prize comes as a result of its outstanding efforts in the field of environment conservation at the social level and the diversity of its activities related to sustainable development through the implementation of a wide range of environmental actions, including ecosystems in the Himalayas, the Western Ghats forests registered in biosphere reserves, and at the UNESCO World Heritage Sites, grasslands in Koch, wetlands in Tamil Nadu and Kerala, urban landscapes in Karnataka and Tamil Nadu, in addition to their activities in ecology and environment for awareness and training in environmental conservation.