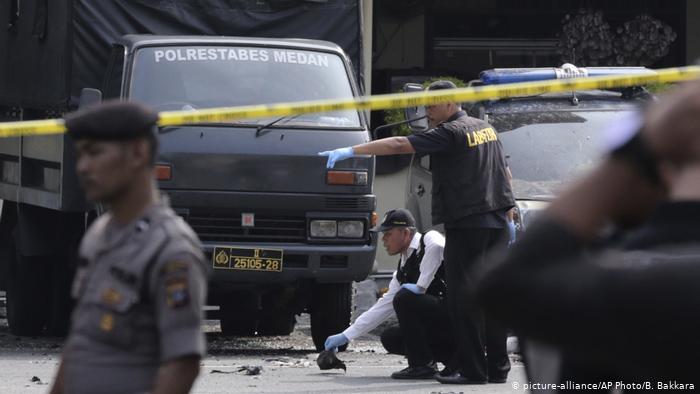 The suicide bomber killed himself and wounded six others in a police station on Wednesday in Medan on Sumatra. The attacker has been linked to "Islamic State" (IS).

Two bomb-makers were also shot dead during a raid.

He added that he believed that the suspects were a member of a local affiliate of the Islamic State group known as the Jama'ah Anshorut Daula (JAD). The arrests were made in seven provinces and included the group's leader, according to Prasetyo.

Police believe that they were responsible for making the bomb that was detonated by the 24-year-old attacker last week.

Indonesia has suffered a string of terrorist attacks since 2000. More recent strikes have been blamed on Islamic State-inspired militants. Last month, the country's security minister was stabbed by an IS-linked couple.

JAD has been implicated in a number of the attacks over the last two years. An Indonesian court banned the network in 2017.

In August, authorities shot and arrested a militant who attacked officers at a station in Surabaya. In June another was seriously wounded when he tried to blow himself up outside a police building on Java island.