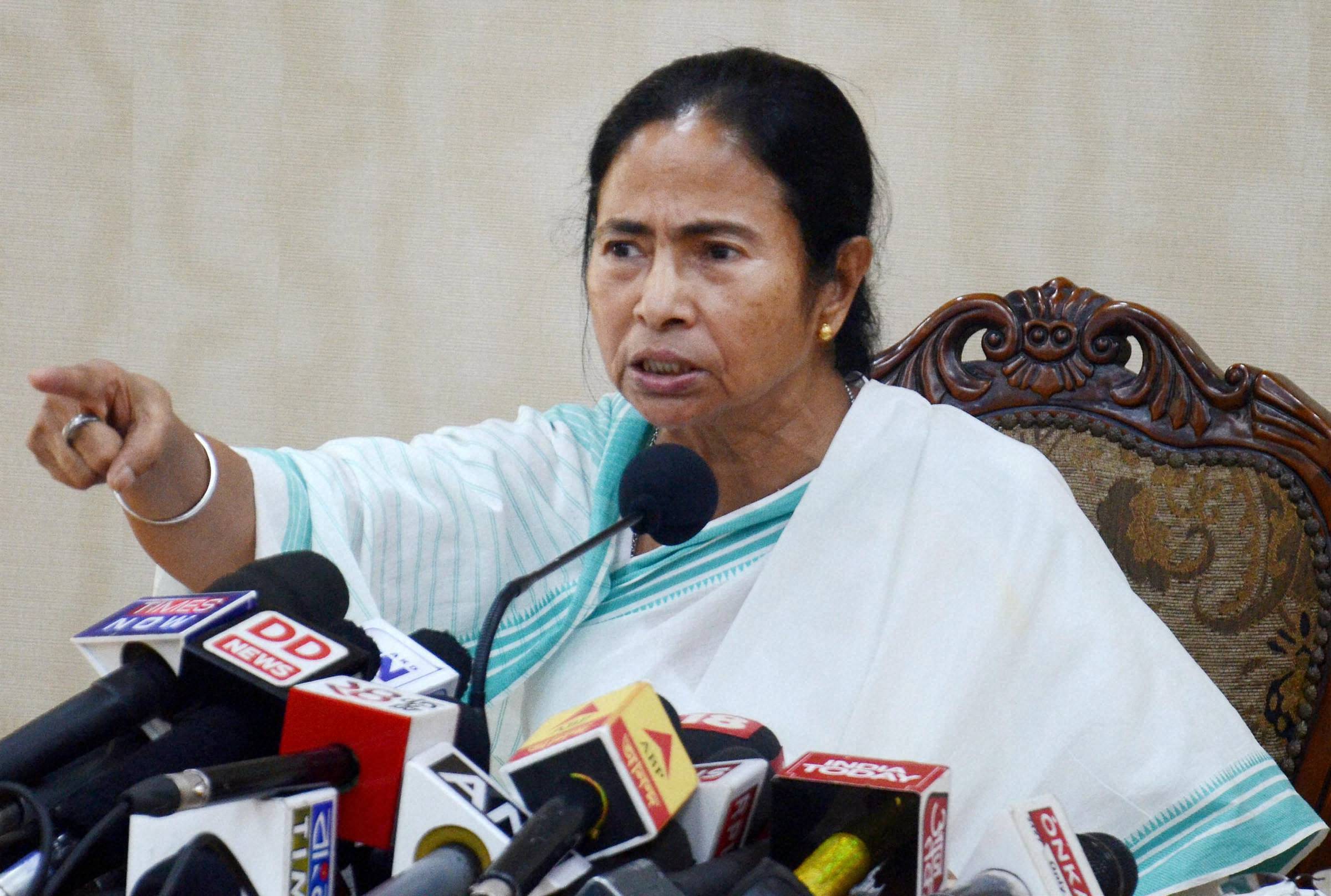 New Delhi: In a stinging attack on the Prime Minister, West Bengal Chief Minister Mamata Banerjee on Sunday said his 'Mann ki Baat' radio programme was a "misuse" of the government machinery as it has now become 'Modi ki Baat'.
"Modiji, you have finished India's economy and growth. We don't trust you or your mismatched wrong technology which you are advertising for. We want technology and progress. But no section of society is to be left out and tortured while doing this (demonetisation)," Mamata said in a statement.
Observing that "'Mann ki Baat' has now become 'Modi ki Baat', she said the Prime Minister was "misusing government machinery. Instead of finding solutions to the suffering and pain of millions of people, he is doing personal vendetta, personal publicity and business."
"The women of our country will give you a befitting reply. They are the mothers of India. They are the mothers of all, Mr Today's PM," the Trinamool Congress chief said.
In his 'Mann ki Baat' address on Sunday, the prime minister warned unscrupulous elements not to play with the lives of the poor by depositing illegal money into their accounts as stringent law against 'benami' transactions were in place to deal with them.