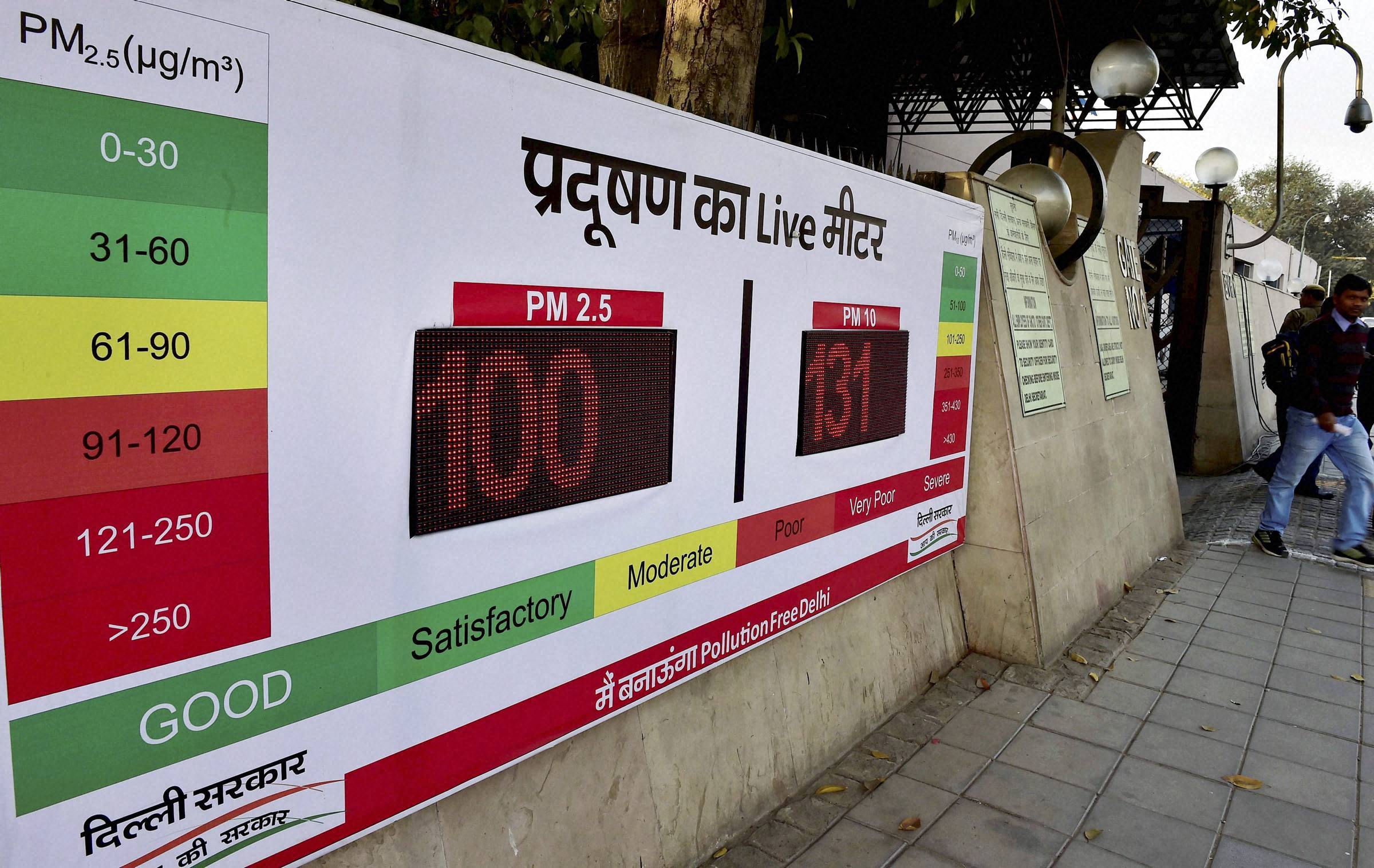 New Delhi: Authorities in the national capital plan to have around 20 monitoring stations, that will exclusively measure the levels of ultrafine particulates PM 2.5 and PM 10, the dominant pollutants in Delhi's toxic air. These stations, to be set up by the Delhi government, will differ from the existing monitoring centres of Delhi Pollution Control Committee (DPCC) and Central Pollution Control Board (CPCB) which also measure levels of Ozone, Sulphur dioxide and Nitrogen dioxide among others.
"The government plans to set up 20 monitoring stations across the megapolis that will only measure PM 2.5 and PM 10. These will be over and above the full-fledged stations already functioning and the proposed ones," an environment department official said. But the sluggish pace in implementing related promises made in the 2016-17 State Budget, like that of setting up three more fixed stations and deploying one mobile monitoring van, does not inspire much confidence on the latest proposal.
Pollution expert Anumita Roychowdhury of Centre for Science and Environment (CSE) said these stations may certainly help in generating more data, but more needs to be done in terms of forecast and dissemination of information.
"One can get a better picture when all the parameters are studied. Data generation should lead to action. And information should be made available to the public. Little has been done in that respect," she said. PM 2.5 and PM 10 are microscopic particles, multiple times smaller than the average width of a human hair. They can damage the respiratory system and also enter the bloodstream causing further complications.
The DPCC currently operates six monitoring stations, while the CPCB runs nine, although there are overlaps in terms of locations. Another agency SAFAR, under the Ministry of Earth Sciences, operates another eight stations. There also has not been much headway in terms of installing LED screens for displaying pollution levels in real-time at major public places, although the city government had alloted Rs1.37 billion for this purpose in the 2016-17 Budget.