Hundreds of thousands gather in S.Korea for 5th week of protests against Park 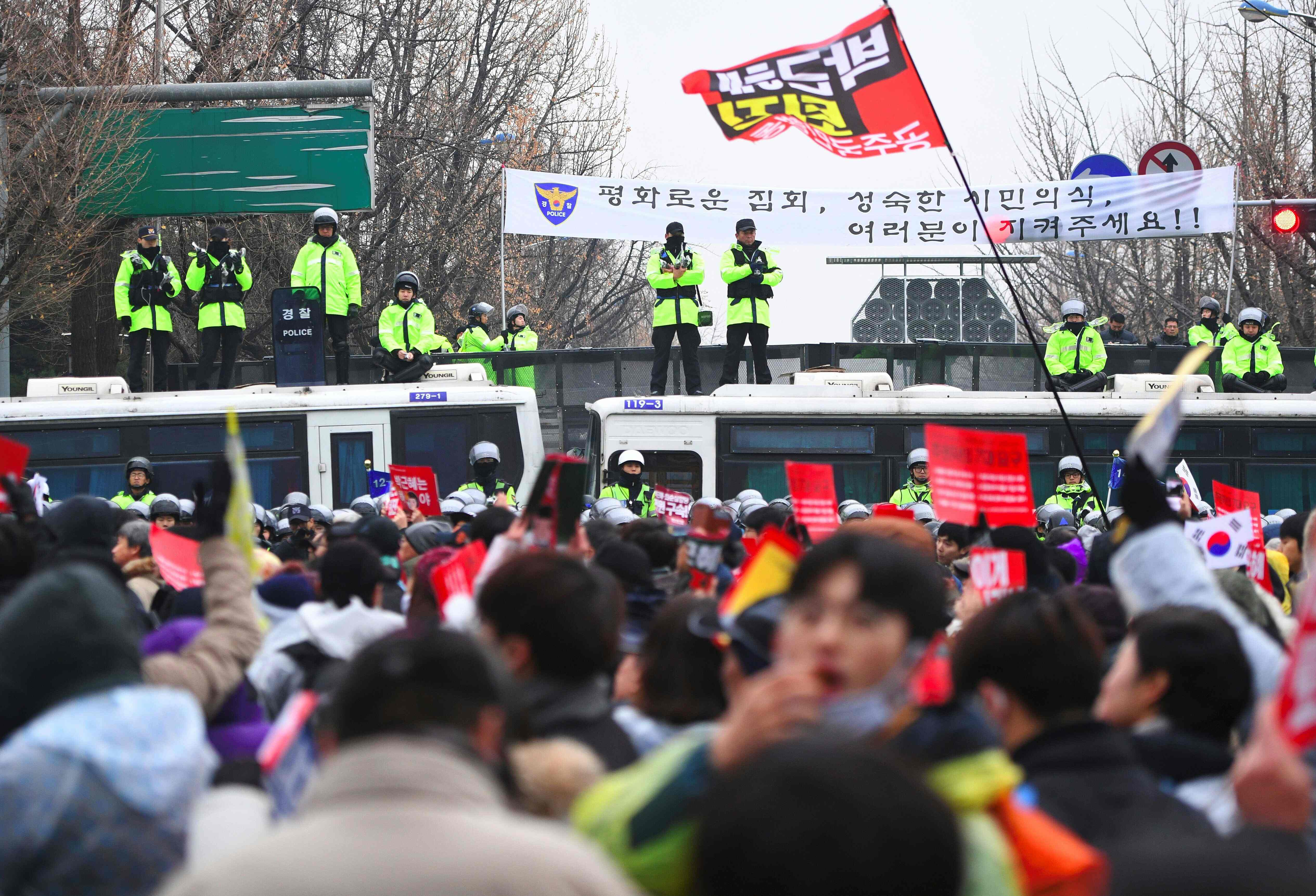 Seoul: Hundreds of thousands rallied in central Seoul on Saturday for a fifth week of protests against President Park Geun-hye, in the largest ongoing series of demonstrations in the country since the 1987 movement to democratise South Korea.
Park's presidency has been rocked by allegations that a close friend used her ties to the leader to meddle in state affairs and wield improper influence. Prosecutors investigating the case have indicted her friend, Choi Soon-sil, and are seeking to question the president about her role in the scandal.
Organisers said 800,000 people had gathered early on Saturday evening and expected a total of 1.5 million people to join by the end of the night. Police declined to give an estimate of the crowd size but said 25,000 personnel had been dispatched to police the protest.
The protests, now in their fifth week, have remained peaceful and marked by huge candle-lit rallies where activists and rock bands have entertained a diverse crowd of students, office workers, and young families.
"I was watching the news and thought this cannot go on - people really want her to step down but she hasn't," said 45-year-old Kwak Bo-youn, one of the protesters.
"This is the second time for me to the protests, but the first time for my husband and kids".
Earlier in the day, a large group of demonstrators marched to within 200 metres of the presidential palace, where Park resides, but a court appeal to allow protesters to remain there after dark was rejected.
Low support
Choi Soon-sil and a former aide to Park have been indicted by prosecutors on charges of colluding with the president to pressure big business to contribute funds to two foundations controlled by Choi.
Park, whose five-year term ends in February 2018, has apologised twice over the affair but is resisting calls for her resignation. Opposition parties are canvassing for support to impeach her.
Her approval ratings slipped one percentage point on Friday after hovering at just 5 percent for three consecutive weeks. Her disapproval rating rose three percentage points to 93 percent, according to a poll by Gallup Korea, which is not affiliated with the U.S.-based Gallup, Inc.
Park Geun-hye's popularity and election as president in 2012 stemmed in part from the symbolic connection to her father who ruled South Korea for 18 years until he was assassinated by his spy chief in 1979. Many, especially the elderly, credit Park's father with the rapid development of Korea.
However, only 9 percent of people aged over 60 said Park was doing well, according to the Gallup Korea survey.
Her support is lowest amongst young people. Ninety-nine percent of 19-29 year-olds and 98 percent of people in their thirties disapproved of Park, according to Gallup Korea.
Fears of policy-making paralysis prompted by the political crisis has also dealt a blow to consumer confidence, which fell to its lowest in more than seven years in November, South Korea's central bank said.