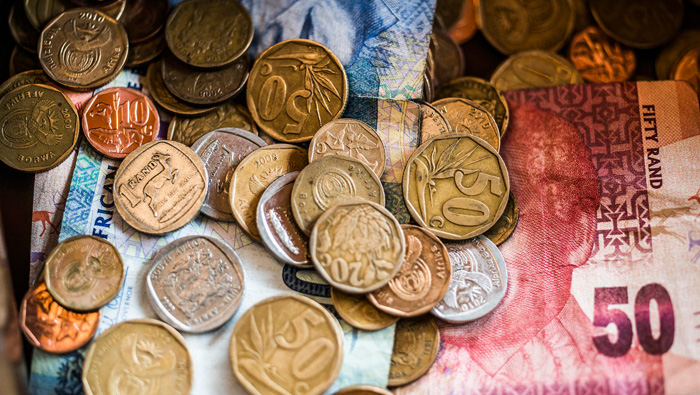 Johannesburg: South Africa moved closer to a junk credit rating after Fitch Ratings changed the outlook on its assessment to negative from stable and warned continued political instability could result in a downgrade.
The foreign-currency rating and the local-currency rating were kept at BBB-, the lowest investment-grade level and on par with Hungary and Russia. S&P Global Ratings, which shares Fitch’s assessment, will publish its report on December 2.
Political risks to the standards of governance and policy making have increased and will remain high at least until the ruling African National Congress’ leadership election in December next year, Fitch said in an e-mailed statement. Continued political instability that adversely affects standards of governance, the economy or public finances could lead to a downgrade, the company said.
“It does strengthen the narrative that things are pretty troubling right now and that the country really needs to turn things around,” said John Ashbourne, the Africa economist at Capital Economics in London. “Moody’s is the most likely to change because it’s a bit of an outlier but I think these agencies all look at the same thing so they all probably look at things similarly.”
The rand weakened as much as 0.5 per cent before reversing the decline to trade 0.3 per cent stronger at 14.11 per dollar. A weakening currency and low economic growth are among the factors driving an increase in South Africa’s level of debt as a percentage of gross domestic product, Moody’s Investors Service has said, without making any announcement on the country’s rating or outlook. The nation’s debt to GDP ratio stands at 44 per cent, data compiled show.
Political turmoil in Africa’s most-industrialised economy, including now-dropped fraud charges against Finance Minister Pravin Gordhan, has overshadowed the state’s efforts to boost investor and business confidence, including recent proposals to stabilise the labor market.
The slowest output growth this year since a 2009 recession will complicate Gordhan’s pledge to narrow the budget deficit to 2.5 per cent of gross domestic product by 2020, from a projected 3.4 per cent this year, and to limit government debt.
Gordhan, 67, who has led efforts to stave off a downgrade while wrangling with President Jacob Zuma over the management of state-owned companies and the national tax agency, said on Friday he was ‘optimistic’ about Moody’s review after Fitch left its rating unchanged.
Gordhan was reappointed at the end of last year to the position he held from 2009 until 2014 after Zuma was forced to change his decision to replace former Finance Minister Nhlanhla Nene with a then little-known lawmaker, which sent the rand and bonds plunging.
Mixed messages
“The in-fighting within the ANC and the government is likely to continue over the next year,” Fitch said. “This will distract policy makers and lead to mixed messages that will continue to undermine the investment climate, thereby constraining GDP growth.”
Fitch forecast the economy will expand by 0.5 per cent this year, 1.3 per cent in 2017 and 2.1 per cent in 2018. If GDP growth fails to recover due to economic policy uncertainty or if the government fails to stabilise its debt ratio it could also lead to a downgrade, Fitch said.
The nation’s debt to GDP ratio is accumulating “steadily,” Moody’s, which rates the country’s debt two steps above junk with a negative outlook, said in a statement on Friday. The ratings company cited a delay in growth and a faster-than-projected rise in interest rates as key risks to a stabilisation of the debt-to-GDP ratio by 2018-2019.
Buys time
“The fact that we have been able to preserve our investment-grade rating even in the face of all the global and domestic challenges is good enough for now,” Treasury Director-General Lungisa Fuzile said by phone. “This buys us more time. I really believe we are on the brink of turning things around.”
While the country had dodged a bullet, the negative outlook meant the rating move would be into junk territory, said Christie Viljoen, an economist at KPMG in Cape Town. That would probably increase borrowing costs, making it more difficult for the government to meet its fiscal targets and rein in debt.
“They are sending the same signal as what we have had from S&P since late last year, that the next move is down to a place where you don’t to be,” Viljoen said “We need an effort right form the top of government to get this economy going.”