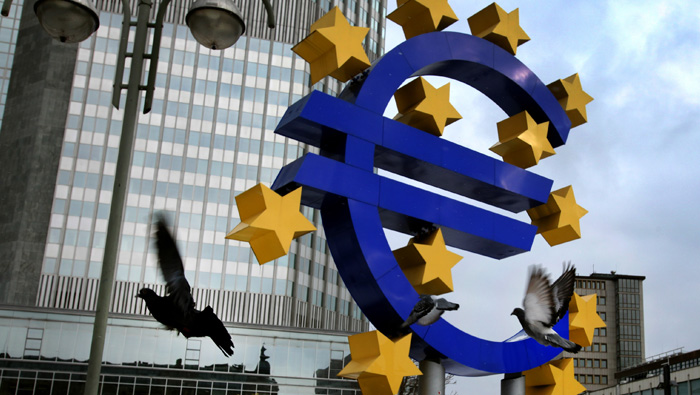 Athens: Greece’s battered banks are being asked to swap about €33 billion ($35 billion) in floating-rate bonds for 30-year, fixed-rate securities under a euro-area plan to shield Athens from future interest rate increases, three people with knowledge of the matter said.
The swap is part of a package of debt-relief proposals for Greece to be presented at a December 5 meeting of euro-area finance ministers, according to the people, who asked not to be named because they weren’t authorised to speak publicly about the matter. The notes were issued by the European Financial Stability Facility (EFSF), the region’s crisis-fighting fund, to re-capitalise Greek lenders in 2013.
While the current EFSF holdings of Greek banks fall due between 2034 and 2046, the fixed-rate notes will expire in 2047, the people said. That will reduce Greece’s interest rate risk, but it may come at a cost for its four systemically important lenders, which could be left with securities that are more difficult to trade. The technical aspects of the operation are still being hashed out.
"There are discussions going on as to proposals which will improve the sustainability of the Greek debt,” Piraeus Bank Chairman George Handjinicolaou said in an interview Thursday. "Part of this proposal is a change in the EFSF bonds for something else, some form of fixed-rate debt, which would improve the predictability of the sustainability of the Greek debt profile.”
Swap costs
Euro-area finance ministers asked the crisis fund in May to propose measures to improve Greece’s ability to carry its debt load without adding to the burden on European taxpayers. The measures include smoothing out the repayment profile on bailout loans and reducing interest rate risk. Officials are looking at all Greek-related EFSF assets, as well as those of the fund that later replaced it, the European Stability Mechanism, an ESM spokesman said. He declined to comment further.
The country’s lenders may wind up bearing the costs of the swap, Greek bankers familiar with the process said. Dollar duration or DV01 — the dollar variation in a bond’s value per unit change in the yield -- amounts to more than €80 million. LCH Clearnet data show that just over €1 billion of swaps on the 30-year tenor are traded daily.
The chief executive officer of National Bank of Greece, Leonidas Fragkiadakis, denied that the plan in its current form would mean losses for banks.
"By the initial drafts that I have seen, this seems to be a very well thought-out plan that basically does not lead to any additional risk assumptions by the Greek banks,” Fragkiadakis told Bloomberg TV on Thursday. "However there are details in this plan that still need to be addressed, and at this point discussions are still ongoing.”
Two other Greek lenders, Eurobank Ergasias and Alpha Bank, declined to comment on the negotiations or the potential costs of the proposed restructuring. A central bank representative also declined to comment.