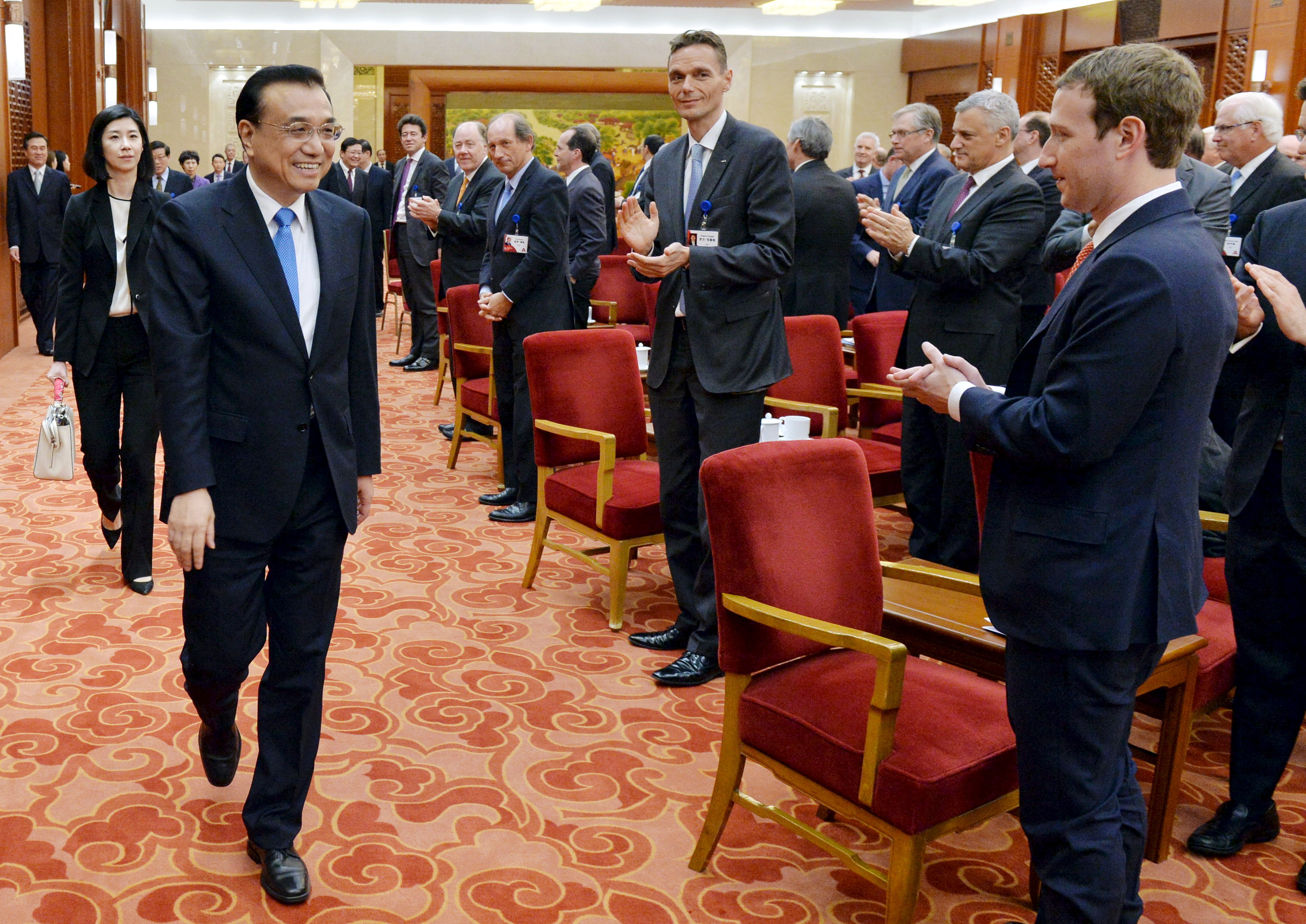 Facebook's Mark Zuckerberg is willing to try just about anything to get his company back into China. Publicly, he launched a charm offensive that included learning Mandarin and offering Chinese President Xi Jinping the chance to name his first child (he declined). Less publicly, but no less important, the New York Times reports that his company has developed tools to prevent sensitive posts from appearing in Facebook feeds in "specific geographic areas."
It's a bold move that underscores just how hard Facebook is hunting for its next billion users. But even if the new tools convinced China's government to lift its ban on Facebook, the country's 700 million internet users have little reason to join. They have plenty of social networks of their own, most of them more advanced and more convenient. As Zuckerberg surely knows, the business case for a move onto the mainland looks dismal.
So why is Facebook still so interested?
History would certainly suggest caution. In 2008, when Facebook launched a Chinese-language version, it managed to attract a mere 285,000 mainland members -- out of an internet population of more than 225 million. Meanwhile, competing platforms, especially Tencent's QQ, were signing up tens of millions. The next year, Facebook was blocked by the government, obliterating any chance to catch up with China's online entrepreneurs.
Even worse (for Facebook) was that its Chinese rivals started innovating: Sina Weibo, once derided as a Twitter knock-off, instead became Twitter done better, embedding comment threads and videos long before the San Francisco-based service had contemplated doing the same.
But the most revolutionary service was Tencent's WeChat, released in 2011. At first glance, it looked like just another social network and messaging service. Yet it quickly morphed into something much richer, offering a free video-chat system, a taxi-hailing service, a bill-paying portal and a vast shopping environment. Today it's possible to bank on the system and send money to anyone. Invoking "The Lord of the Rings," some users joke that it's the "one app to rule them all." It now has more than 700 million users, including nearly everyone with internet access in China -- and another 70 million overseas.
Compared to WeChat, Facebook is a desert, with little allure to Chinese users. There aren't any public statistics on how many mainlanders use Facebook, but in my experience they're mostly Chinese who have lived or worked in the West, want to maintain friendships overseas, and have access to the technical means to avoid government blockades. For those without such connections, Facebook's only theoretical appeal is that it provides access to news, posts and videos that are otherwise censored. If and when Facebook is reintroduced, those advantages will disappear -- and so will the most obvious argument for joining.
But Facebook still has one thing going for it, which is surely on Zuckerberg's mind: Technology and social media evolve rapidly in China.
Only two years ago, Sina Weibo was China's biggest and most popular social-media platform. Then, after a government crackdown, it lost its political edge and many of its most popular users, and was left for dead. Even as the eulogies were being written, however, Weibo was reinventing itself. It soon became a platform for live-streaming bloggers and celebrity self-promotion, and it boomed once again, boosted by an astonishing 10 million live broadcasts between April and June of this year -- a 116-fold increase over the previous quarter. Today, Weibo is approaching 300 million users and its most popular live-streamers get multi-million dollar endorsements.
It's too late for Facebook to jump on the live-streaming bandwagon. But Zuckerberg and his colleagues are certainly taking note that a politically neutered site, focused on celebrities and short videos, can command the attention of hundreds of millions of Chinese -- and thereby remake a beleaguered, left-for-dead social network. Zuckerberg's charm offensive, in other words, may pay off yet. - Bloomberg View