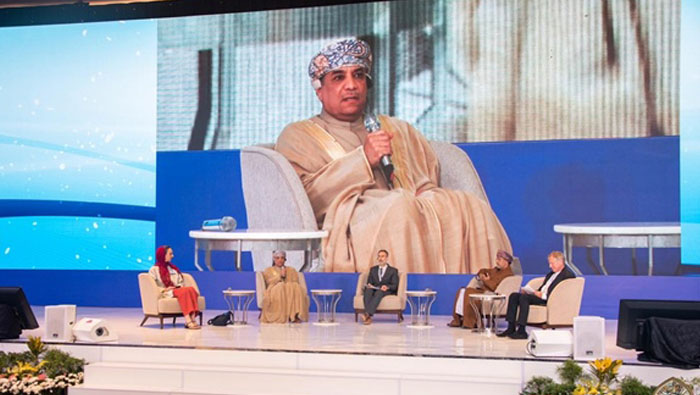 Jakarta: In implementation of the Royal Directives of His Majesty Sultan Qaboos bin Said to disseminate the concept of understanding among people of the world to enhance human relations among nations, “Sultan Qaboos Declaration Project on United Human Values” was announced.
The announcement was made by Sheikh Abdullah bin Mohammed Al Salmi, Minister of Awqaf and Religious Affairs during his speech at the ceremony of International Day for Tolerance, which was held in Jakarta yesterday.
During the ceremony, the Sultanate’s logo for the International Day for Tolerance , “Towards United Human Values” day was launched.
The Sultanate also launched during the ceremony a number of commemorative stamps titled “Towards United Human Values”.
Discussion
After that, a panel discussion was held with participation of Ali bin Khalfan Al Jabri, Undersecretary of the Ministry of Information and honourable Isma’eel Al Aghbari, Member of the State Council, as well as some intellectuals and researchers. The panel touched on the efforts exerted to enhance coexistence, respect and human harmony.
Then, the roundtable meetings were held with participation of some Omani senior officials, international researchers and those who support peace from various world countries.