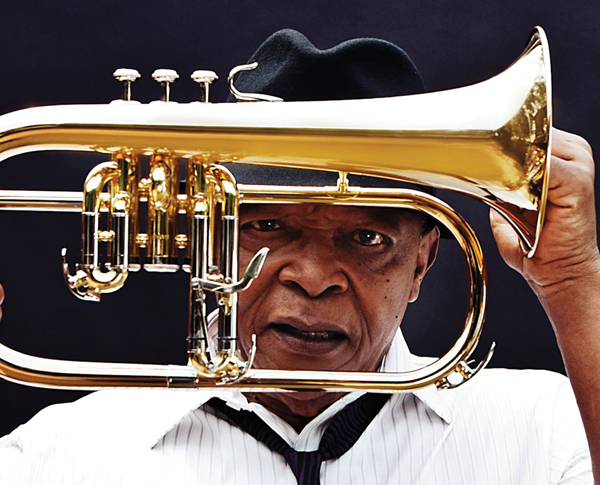 The Royal Opera House gets December off to a spectacular start with electrifying performances from South Africa. Legendary trumpeter Hugh Masekela will play fabulous American-influenced African Jazz. Thrilling dancers perform fast-paced pantsula, a phenomenal art originating in the black townships. Johannesburg’s Mahotella Queens, an all-woman band, plays Zulu-influenced music. Songs are belted out by the award-winning duo, Mafikizolo. (December 1 at 7pm)
December features a concert that is not to be missed. A master of mood and drama celebrated as ‘The Violin Magician’, Palestinian violinist, Jihad Akl dazzles audiences throughout the Arab World and beyond. (December 3 at 7pm)
Among the top attractions of ROHM’s 2016-17 Season is Beethoven’s 9th Symphony — The Choral, performed by RAI National Symphony Orchestra. This majestic symphony is admired as one of the greatest compositions in the history of Western Music. A complex and commanding work, the Symphony is visionary in scope. The Swedish Radio Choir will sing the famous ‘Ode to Joy’ that concludes the symphony with an epic crescendo. (December 8, at 7pm)
Inspired by Leo Tolstoy, the ballet Anna Karenina illustrates the tragic story of Anna, a beautiful married aristocrat and her devastating emotional turmoil. To the music of Tchaikovsky, the Eifman Ballet of St Petersburg portrays the heart-rending drama with brilliant technical mastery and beautiful form. Music is by the PKF-Prague Philharmonia with Maestro David Levi. (December 15 at 7pm, December 16 at 7pm, & December 17 at 4pm)
With deeply affecting vocal style, a pure rendition of oud music, cool electronic effects and a range of original fusion sounds, Tunisian musician Dhafer Youssef is among today’s stars in World Music. His unique style combines mystical and jazz influences with Arab lyricism. (December 20 at 7pm).
ROHM’s traditional year-end gala takes us on a journey into the wonderful world of Broadway with the charismatic British baritone, Simon Keenlyside who will enchant the audience with songs from famous musicals such as My Fair Lady, Kiss Me Kate, and Oklahoma.
The music is by PKF- Prague Philharmonia with renowned conductor, Charles David Abell. (December 31 at 6:30pm)
—[email protected]