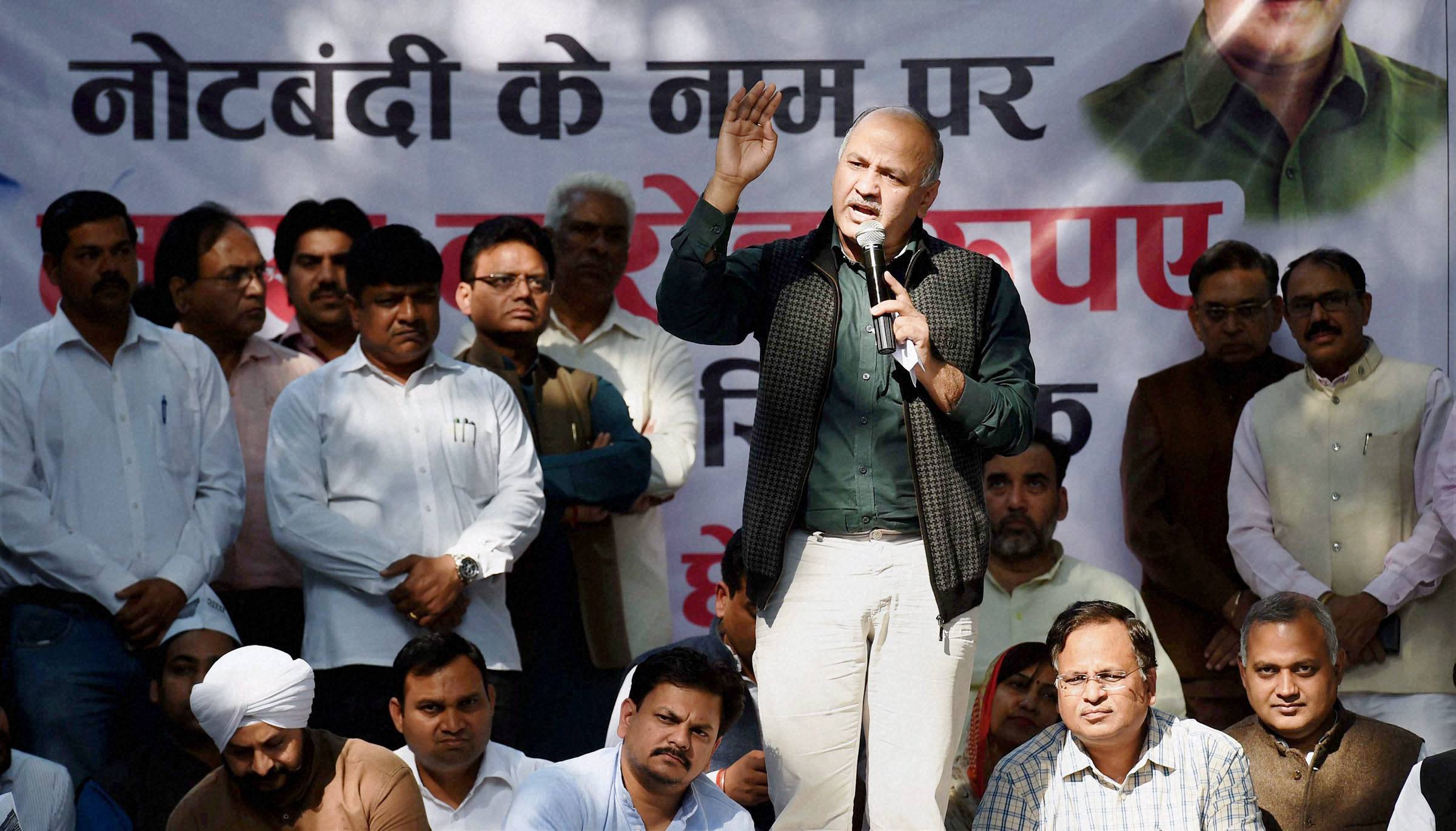 New Delhi/Kolkata: As the demonetisation entered the third week,the political fight further intensified on Tuesday with an united opposition deciding to hold protests in Delhi on Wednesday while BJP decried alleged "malicious" attempts by those opposing the drive to provoke violence and chaos.
Continuing her tirade against the Modi government, West Bengal Chief Minister Mamata Banerjee said she would also stage a dharna in Delhi on Wednesday and appealed to other opposition parties to register their protest on the roads.
BJP President Amit Shah on his part targeted opposition parties, saying that the exercise is aimed against corruption and those who have black money are worried. Delhi's Deputy Chief Minister Manish Sisodia and his cabinet colleague Kapil Mishra were detained when they tried to march to Parliament from Jantar Mantar protesting demonetisation.
Before beginning the march, Sisodia launched an attack on Prime Minister Narendra Modi, alleging he is making people cry and shedding "crocodile tears".
Accusing opposition parties of "running away" from a debate on the demonetisation issue in Parliament, Union Law Minister Ravi Shankar Prasad said it only showed they are not serious in the fight against corruption.
Key BJP ally Shiv Sena also escalated its broadside against the BJP with party chief Uddhav Thackeray saying the senior ally should stop branding people as patriots or anti- nationals as per its "whims and fancies" while responding to criticism of the cash clean-up drive. As the government and Opposition were locked in a face-off in the Parliament over the demonetisation issue for the fourth straight day, Congress Vice-President Rahul Gandhi took a jibe at Modi, saying that if he can speak on TV and pop concerts then why not in the Parliament.
"We will hold dharna in front of the Gandhi statue (outside Parliament building) tomorrow at 9.45am on the demonetisation issue. "It was decided to meet the President. But the date will be decided. We will go step by step," Congress leader Jyotiraditya Scindia said after the strategy meeting of opposition parties here.
Mohd Salim (CPI-M) said street protests are also on the agenda. Leaders of various parties, including those from Congress, Trinamool Congress, JD(U), CPI(M), CPI, NCP and RJD attended the meeting to further their joint strategy to corner the government in the ongoing Winter session.
Condemning "malicious" efforts of rival parties, a resolution adopted at a meeting of BJP Parliamentary Party alleged that they are desperate to provoke violence and chaos as they have been "rattled" by people's wide support to the decision.
"I will stage a protest at Jantar Mantar at 1230 hours and I appeal to other (opposition) parties to register their protests on the roads on demonetisation which has caused hardship to the common people," Banerjee told reporters at the airport in Kolkata before leaving for Delhi. On whether other parties will join her, she said, "If any party wants to come, they are welcome. In Parliament we are all working together".