This winter, play a great game of beach football in Muscat! 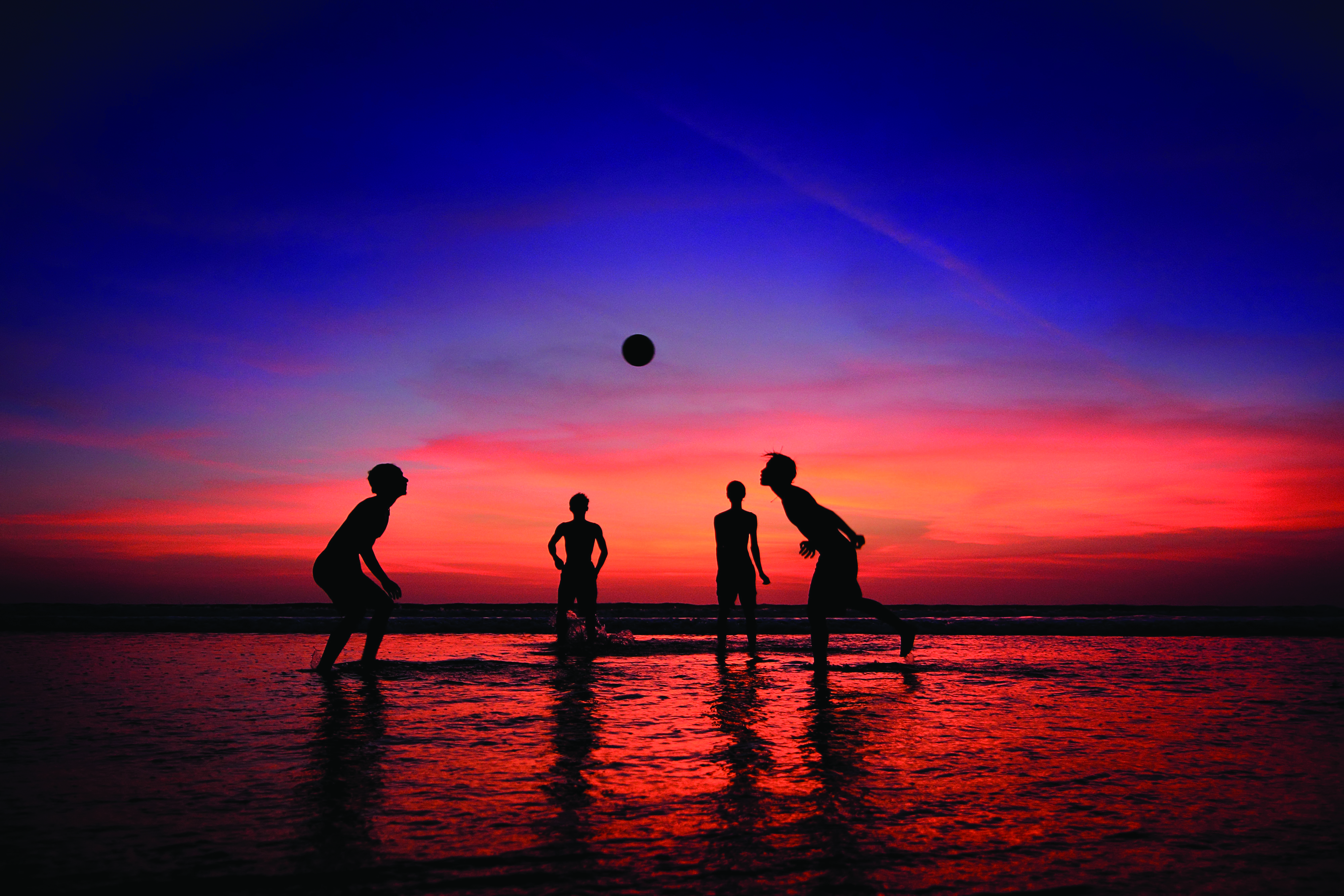 "Winter is coming” is an oft-repeated reminder of times that bode misfortune in HBO’s outrageously popular fantasy series, Game of Thrones. But here in Oman, it is something said with great anticipation. See, the wintertime is when the weather finally allows us to round-up our best mates, get a kit on, grab a football, and head to the beach for a game of football on the sand. It is an activity nearly everyone partakes in, whether you’re in love with the beautiful game and play like you’re on a professional pitch, or just looking to keep fit.

As you go for a morning stroll along the beach or grab a cup of coffee after work, you’re sure to see the oceanfront teaming with amateur footballers kicking up little spurts of sand with their bare feet (beach football is seldom played with shoes on) as they chase the ball around the uneven, often uncertain terrain, attempting to put it past a keeper who guards a makeshift goal made of a few branches that have been hastily cobbled together.

When observing a game of beach football, don’t look for fancy team moves that feature pass-after-well-executed-pass. Look instead for the mazy individual dribble from the player who uses all the flair in his arsenal to craft an unpredictable path to the goal, leaving both players and teammates in his wake. Look for the burly enforcer with the broad shoulders at the back, who at times shields the ball from two or three of the opposition’s best players. Look for the lightning-fast moves of the winger, who leaves a stinging spurt of sand as he roars up the pitch and plays a zippy pass through to the centre forward, who does not hesitate to poke the ball past the keeper with a deft little touch. Look for the one-on-one dogfights between defender and attacker, which more often than not lead to the victor scooting away with the ball, his opponent grateful the sand is there to cushion his fall. Because, at its essence, that is what beach football is all about.

It’s not the fancy shoes, the shiny football, or the clonk of the ball ricocheting off a steel goalpost that matters to those who play the game. Much like the more traditional version of the sport, beach football finds its origins among working-class communities, on Rio de Janeiro’s Copacabana beach, to be exact. And many of the famed sons of Brazil trace their own sporting origins to the oceanside sands, with young Cristiano Ronaldo, Xavi Hernandez, and Neymar honing their close-control skills on the beach, as did the player who is probably the finest example of a flair-based footballer on the pitch, Ronaldinho.

Fittingly, the first three editions of this nascent tournament were held at Copacabana, before FIFA took it a step further and brought it to nations where a large amount of sandy coastline meant there would be a natural inclination to take to the sport. Previous editions of the World Cup have been held in Marseille, Tahiti and even on Jumeirah beach in Dubai. Preparations for next year’s tournament in the Bahamas are already underway. Despite the recent interest from mainstream sports organisations and the slew of corporate sponsors, including McDonald’s, Coca-Cola, and MasterCard, beach football has always been about individual expression, being carefree, and finding simple happiness in your sport.

GO PLAY ON THE BEACH
Find a game. Head down to any of Oman’s beaches either early in the morning or after four in the evening to join one of the games on the sand. The most popular pitch, by far, is Shatti Beach.