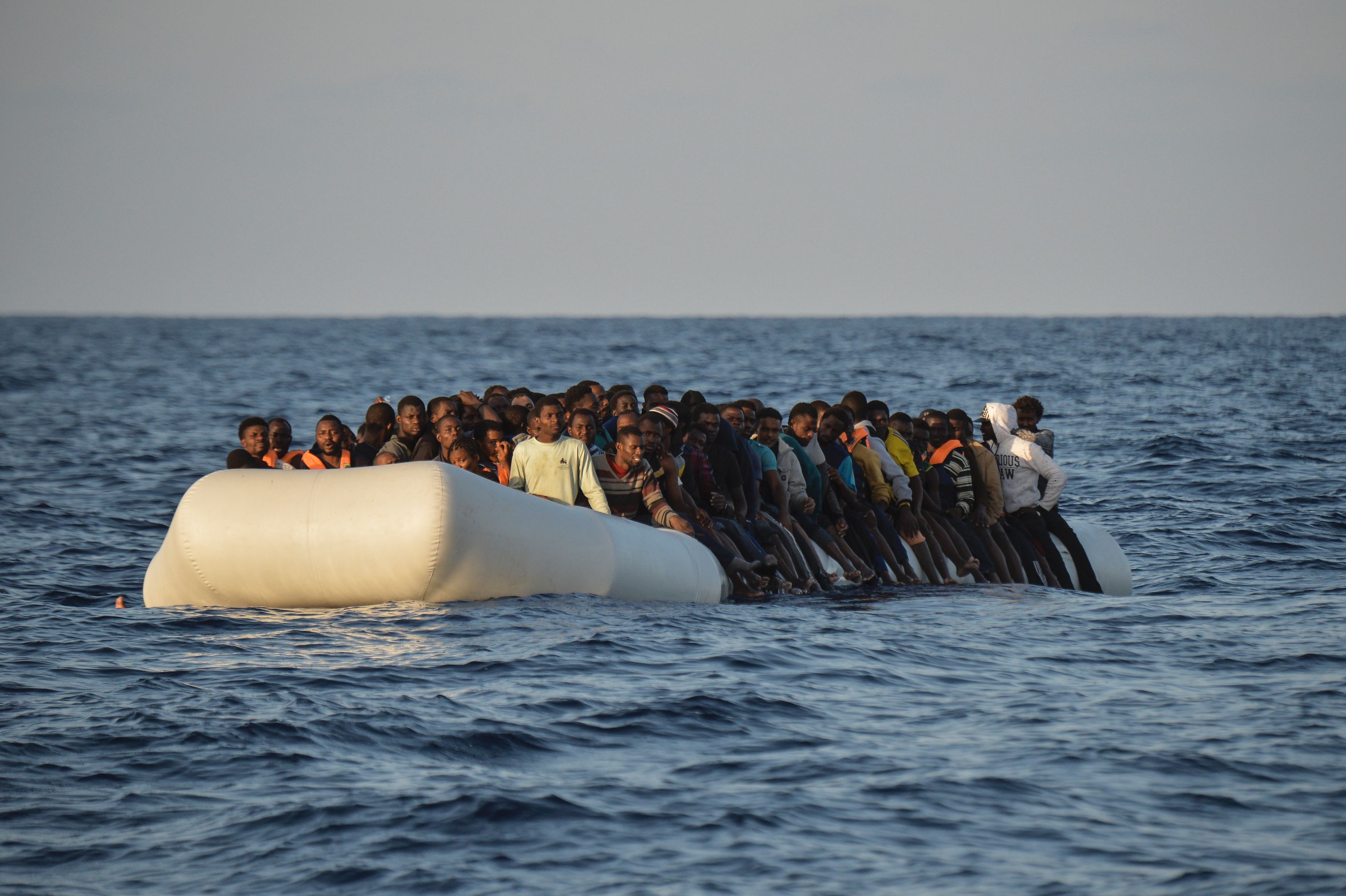 ROME: Some 1,400 boat migrants trying to cross the Mediterranean from North Africa to Europe have been rescued so far on Tuesday, Italy's coastguard said, after at least 11 overcrowded boats set out from Libya amid calm seas.
Rescuers have also recovered eight dead bodies.
The coast guard ship Diciotti took seven corpses from a rubber boat, while one body was recovered from another rubber vessel by the Topaz, a ship run by humanitarian group Migrant Offshore Aid Station (MOAS).
Italy's coastguard coordinated the rescues off the Libya coast, including helicopter airlifts of three migrants in need of immediate hospital care, a spokeswoman said.
One was being evacuated because of a heart attack, while two others were suffering from severe hypothermia, she said.
The rescue ship Vos Hestia, run by the international charity Save the Children, was among those involved in the rescues. It picked up more than 400 people from a wooden boat during the night, according to the organisation's Twitter account.
The death toll in the Mediterranean - the most dangerous border crossing on the planet for migrants - is estimated to be 4,655 this year, 1,000 more than in all of 2015, according to the International Organisation for Migration.
More than 168,000 migrants have reached Italy by boat this year, exceeding 154,000 for the whole of 2015 and quickly approaching 2014's 170,000 record.
Italy has borne the brunt of new arrivals since the implementation in March of an agreement between the European Union and Turkey to curb the flow of migrants sailing for Greece.