A gilded journey to Vienna from Oman 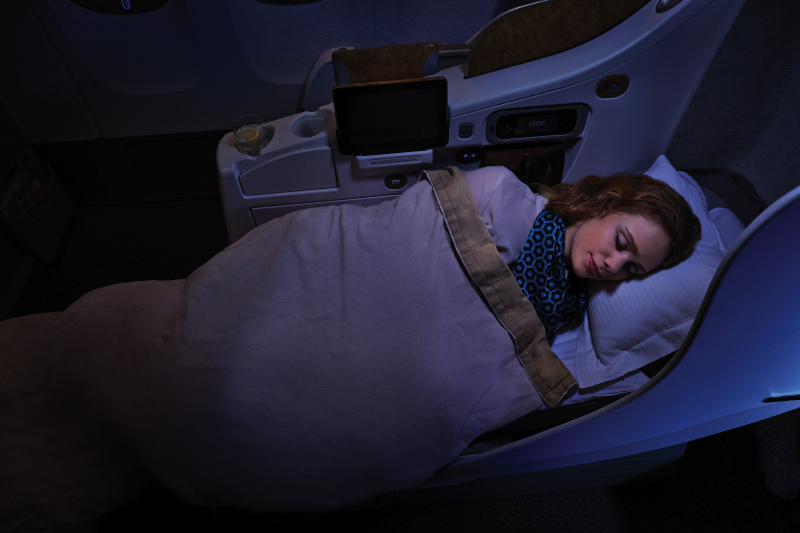 Imagine if the Orient Express sprouted wings and could take to the skies. Think of that timeless epitome of style and sophistication soaring through the clouds as well-heeled passenger sipped chilled beverages from crystal glasses as the miles fell away.

While that dream may never come true, Emirates Airline aims that high with a business class offering inspired by a bygone era of luxury and service.
**media[547840]**

Fittingly I found this touch of ‘Downton Abbey in the air’ on board its flight from Dubai to Vienna, that historic European cultural capital where the streets still bear the names of classical composers who graced them with their music centuries ago.

After a slightly hectic connection from Oman (via another airline) walking on to Emirates Boeing 777-300ER and seeing the space and the ambience it felt like I had in some ways arrived at my destination, that sense of exhaling deeply as the stress leaves you, rather than still having thousands of miles left to travel.
**media[547833]**

No sooner had I plunged into the seat and begun playing with the reclining controls that a smiling crew member was there, offering me a hot towel and a cold drink. Like the Orient Express I chose the chilled offering (from a bottle with a yellow label) in the crystal glass.

Sipping my drink, feeling the hassle of the hurried connection slip away, I took time to take in the cabin as the last of my fellow passengers found their seats.
**media[547834]**

While the seat and the service of course remain the main factors for any passenger, for me it was the little things that made the Emirates experience so refined.

The bouquets of flowers adorning the exit, the ambient lighting, the relaxing interior colour scheme, and the wood panelling, which trim the seats and the windows, combined to evoke that Agatha Christie-esque feeling of the romance of travel. I could imagine Poirot being in the seat next to me.

Of course, the science of flight, and the need to keep weight to a minimum, meant that I knew the panelling was some sort of composite rather than real walnut, ala the Orient Express, but, combined with the deft service of the onboard team, the illusion took hold and stuck, it was smoke and mirrors expertly delivered to make the passenger feel at ease, and, more than that, special.

**media[547835]**
Like Downton’s Mr Carson, the onboard team exuded professionalism while retaining warmth, that special mix of skills and personality needed for true hospitality. Not over-sincere, not too in your face, but on hand whenever your glass needed filling or something else was required.

Dinner of course was served on a crisp white cloth with polished cutlery and a select menu of dishes to tempt even the stuffiest of eaters. For me the cheese board and a glass of something tawny that came from Portugal was the treat before preparing to test out the angle-lie flat seat bed (52cm wide and 150cm of overall space).
**media[547836]**

This being Emirates they went a step further, offering the first five-star hotel style turn-down service I’d experience mid-air. Rather than simply recline and pull the blanket over myself, on Emirates the team made-up the bed adding a mattress over the seat, which made a real difference to the quality of sleep.
**media[547847]**

Fed, watered and supremely comfortable, I turned to the onboard entertainment system (ICE) for a little relaxation before closing my eyes. Ignoring the hundreds of movies and television shows on offer I went to the music section. In keeping with the sophistication of Emirates perhaps I shouldn’t have been surprised to stumble on the new album from Ludovico Einaudi in the What’s Hot section.

Listening to his hauntingly beautiful music while relaxing thousands of feet in the air as I hurtled through the night sky at hundreds of kilometres an hour is one of those surreally peaceful moments that stay with a person. Especially when Emirates then turned on its StarLight system, which essentially makes stars twinkle in the ceiling (much like the Rolls-Royce Wraith interior).

Having slept for four hours (on a six-hour flight) I woke refreshed about an hour before touch down, just enough time for a hot coffee, to charge my phone and to freshen up before landing.

The 9.15pm touchdown time proved to be a great choice with Vienna Airport not teeming with arrivals, so it was a swift passage through customs and out to my waiting car.

As we pulled away from the airport and headed into the heart of that beautiful city I could not think of a better way to have arrived or to set the tone for the trip ahead.