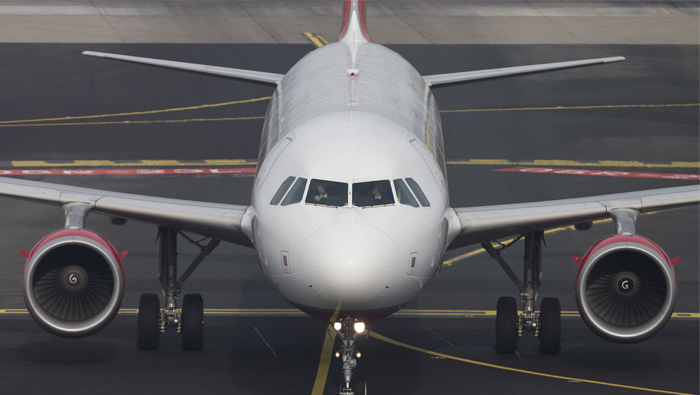 Frankfurt: Air Berlin is seeking a much-needed cash injection from investor Etihad Airways as the Gulf carrier draws up plans to buy a stake in the German company’s Austrian leisure arm Niki, which is being spun off and merged with a peer, people familiar with the plan said.
Abu Dhabi-based Etihad will take a holding in Niki as a prelude to combining it with TUI’s German airline unit, according to the people, who asked not to be named because the plans aren’t public. The valuation will be closely watched, since an inflated price could suggest Etihad is seeking to fund Air Berlin while circumventing rules limiting foreign ownership of European Union airlines.
While talks on the Niki transaction are underway there’s no assurance that agreement will be reached. Air Berlin spokesman Tobias Spaeing declined to say whether the company will be reducing its holding in the Austrian business. Etihad and TUI also declined to comment.
Etihad has been trying to shore up Air Berlin since a 2011 deal aimed at feeding more passengers into its global network. The partnership has failed to turn around Germany’s second-largest airline, which has racked up 1.27 billion euros ($1.35 billion) in losses over three years, and the latest plan involves halving the fleet and creating a leisure airline with some of the surplus jets.
Under the revised strategy, Vienna-based Niki would contribute 19 aircraft to the new carrier, alongside about 30 from TUIfly and 14 that Air Berlin leases from the holiday specialist. Air Berlin separately plans to operate a further 40 planes on behalf of long-time rival Deutsche Lufthansa AG.
Etihad’s room for maneuver in funding Air Berlin is limited, with the Mideast group already owning 29.9 percent of the German company, and by extension an equal stake in Niki. EU rules cap outside operators’ holdings in the bloc’s airlines at 49.9 percent. Exceeding a 30 percent stake would also trigger a mandatory takeover offer under German law.
Creative funding
The people didn’t say why an investment in Niki is favored over a direct deal with its parent, though Etihad has been creative in bailing out Air Berlin before.
In 2010, the Abu Dhabi carrier bought a stake in its ally’s frequent flyer program for 184.4 million euros, a price analysts said was inflated, and in 2014 it purchased a convertible bond issued by the German company. Then in April Air Berlin obtained 260 million euros in Etihad-guaranteed loans. The measures provided vital funds without lifting Etihad’s ownership.
The TUI board is scheduled to meet Wednesday, so that the plans involving Niki could be progressed as early as this week.
Etihad separately aims to raise at least $500 million from a sale of five-year Islamic bonds or sukuk this week, a person with knowledge of the deal said Tuesday. The securities may be priced at about 215 basis points, or 2.15 percentage points, over the benchmark midswap rate, the person said.
To be sure, selling Niki won’t solve Air Berlin’s balance-sheet issues. The German carrier said this month that cash and equivalents stood at 260.5 million euros as of Sept. 30, down almost 20 percent from a year earlier, while Stefan Pichler, its chief executive officer, has pledged to spell out plans for delivering a “significant improvement” in group finances in the near future.
Niki was founded in 2003 when former Formula 1 motor racing champion Niki Lauda acquired Aero Lloyd Austria. Air Berlin began cooperating with the carrier in 2004 and bought it out in 2011. The Austrian unit operates a fleet of Airbus Group SE A320-series short-haul jets.
Sueddeutsche Zeitung reported earlier that Niki and TUIfly will be grouped under a new holding company based in Austria and 51 percent owned by a foundation there. Etihad would own 25 percent and TUI 24 percent, making the deal compliant with the EU cap on outside ownership.
Air Berlin’s share price has fallen more than 75 percent since Etihad lifted its holding from 2.99 percent in December 2011, valuing the German company at 68 million euros, less than the price of a single Airbus A320. The stock hadn’t traded Tuesday as of 9:38 a.m. in Frankfurt.