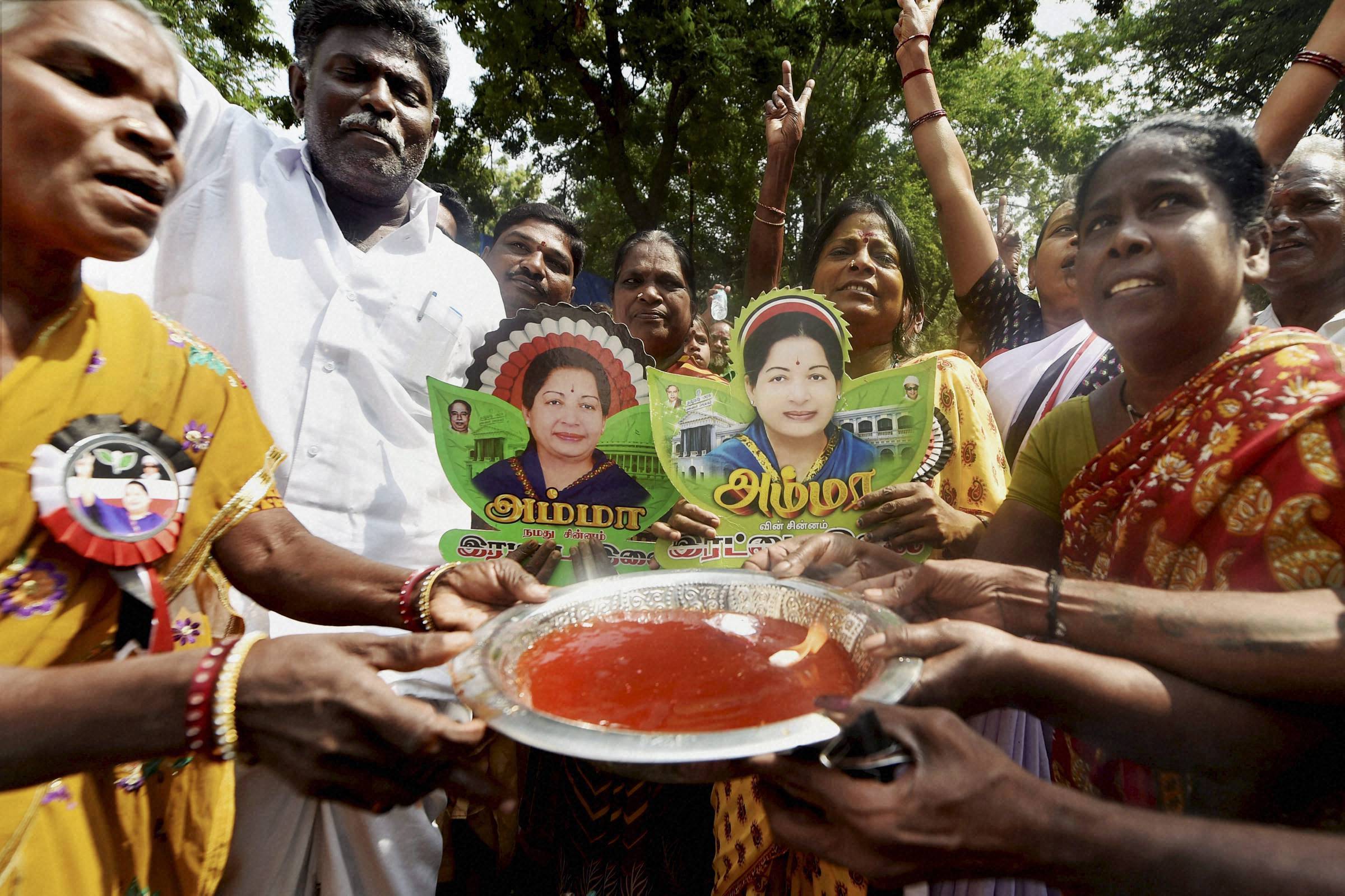 New Delhi: BJP and Trinamool Congress shared the honours by winning two Lok Sabha seats each, claiming it was a vindication of their stand on demonetisation, as ruling parties in six states and Puducherry held sway in byelections, retaining most of the 10 Assembly seats up for grabs.
In the Assembly bypolls held on November 19, results of which were declared on Tuesday, BJP and All India Anna Dravida Munnetra Kazhagam won three seats each, CPI(M) got two while Congress and Trinamool bagged one each. BJP won the Lakhimpur Lok Sabha seat in Assam, vacated by Chief Minister Sarbananda Sonowal, by a margin of 190,219 votes and Shahdol Lok Sabha seat in Madhya Pradesh, both ruled by the party. Trinamool Congress swept Tamluk and Coochbehar Lok Sabha constituencies in West Bengal by a whopping margin of over 490,000 votes, almost doubling the gap from 2014 polls.
Trinamool also won the Monteswar assembly seat with candidates of CPI(M), Congress and BJP losing their deposits.
In Madhya Pradesh, BJP's victory margin in Shahdol Lok Sabha came down to 60,000 from 241,301 in the 2014 general elections. It bagged the Nepanagar Assembly seat, where it increased its winning margin to 42,198 votes as against 22,178.
In Tamil Nadu, AIADMK, whose supremo Jayalalithaa is hospitalised for two months, retained Thanjavur and Thirupparankundram Assembly seats and wrested Aravakkurichi seat from Dravida Munnetra Kazhagam by margins ranging from 20,000 votes to 42,000.
The ruling CPI(M) in Tripura wrested Barjala (SC) seat from Congress and retained Khowai. Senior Congress leader and Puducherry Chief Minister V. Narayanasamy won the bypoll to Nellithope Assembly seat defeating AIADMK's Om Sakthi Segar by a margin of 11,144 votes.
North East Democratic Alliance (NEDA) candidate Dasanglu Pul of BJP won Hayuliang assembly by-poll in Arunachal Pradesh defeating her lone rival Yompi Kri, an independent candidate, by 942 votes. Pul is the youngest of the three wives of former chief minister Kalikho Pul. The bypoll was necessitated by his suicide.
Union Minister Ananth Kumar and Sonowal said the BJP's win in the bypolls showed that people have endorsed the government's decision against black money and corruption.
"BJP's victory in by-polls is a clear indication that people are fully supporting the decision to demonetise Rs1,000 and Rs 500 notes. It is people's mandate for the Prime Minister's decision of demonetisation," Sonowal told reporters.
West Bengal Chief Minister and TMC supremo Mamata Banerjee, however, termed the byelection result as a mandate against the Centre's decision of demonetisation.
"The by-election result is a befitting reply against the anti-people demonetisation by the Centre. It's a people's revolt, rather a mass revolt against the Centre. BJP should take lessons from this mandate," she told newsmen in Kolkata before leaving for New Delhi to join the protest by the Opposition.
TMC candidate Dibyendu Adhikari won Tamluk Lok Sabha seat by defeating his nearest CPI(M) rival Mandira Panda by 497,000 votes.
The party won the Coochbehar Lok Sabha seat with its candidate Parthapratim Roy drubbing his nearest rival BJP's Hemchandra Burman by a margin of 490,000 votes and pushed Forward Bloc, a Left Front partner to the third position.
Roy increased the party's victory margin from 38,000 in 2014 to 490,000. In Monteswar assembly seat, Saikat Panja of TMC won the seat by a margin of 127,000 votes over his nearest CPI(M) rival Md Osman Gani Sarkar. TMC'S winning margin in the May 2016 assembly polls was a mere 786 votes when Congress and CPI(M) fought unitedly.
BJP candidate Pradan Barua won the Lakhaimpur Lok Sabha seat in Assam by a margin of 190,219 votes defeating his nearest rival Congress's Hema Prasanga Pegu by a convincing 190,219 votes, the returning officer said. BJP candidate Mansing Rongpi won the Baithalangso Assembly seat. He had earlier won on Congress ticket but resigned from the party to join BJP in July which necessitated the bypoll this year. Rongpi defeated his nearest Congress rival Ruponsing Ronghang by 16,600 votes.
In Tripura, CPI(M) candidate Jhumu Sarkar defeated his nearest BJP rival Shistamohan Das by a margin of 3,374 votes in Barjala (SC) constituency. Bypoll in the constituency was necessitated due to the resignation of Congress MLA Jitendra Sarkar in June last. Congress secured only 804 votes, while Trinamool Congress (TMC) 5,629 votes.
In Khowai constituency, CPI(M) candidate Biswajit Datta trounced his nearest TMC candidate Manoj Das by a margin of 16,047 votes. The seat fell vacant due to death of CPI(M) MLA Samir Deb Sarkar, a veteran party leader.
In Tamil Nadu, Aravakurichi and Thanjavur, elections were held after being cancelled during the May assembly polls due to alleged corrupt practices, while bypoll was held in Tiruparankundram to fill a vacancy caused by the death of an AIADMK member. With Tuesday's outcome, the AIADMK's tally in the 234-member assembly has risen to 136, including the Speaker.