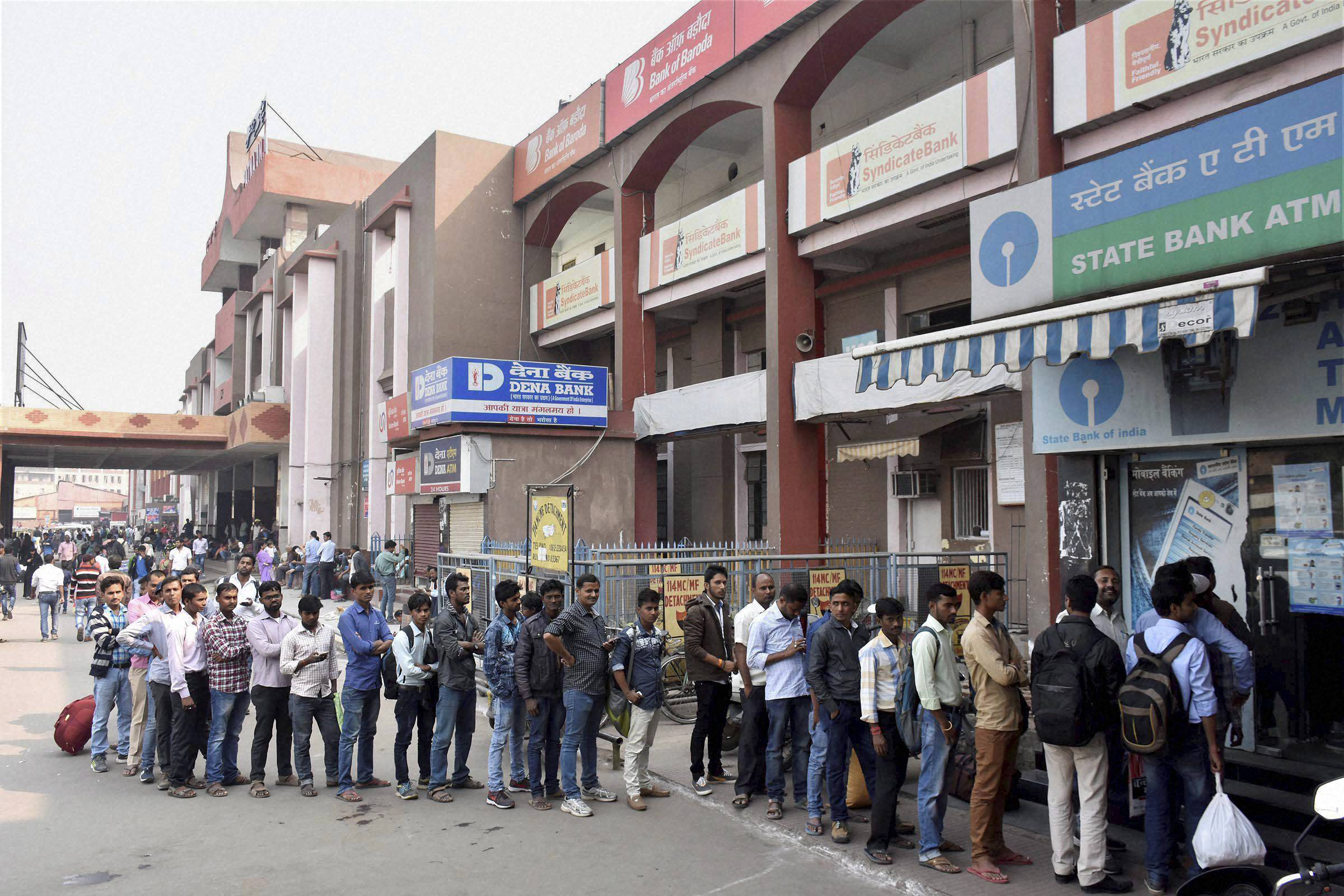 New Delhi: As many as 82,500 ATMs, which account for about 40 per cent of cash vending machines in India, have been recalibrated to dispense new high security currency notes of 500 and 2,000 rupees.
Out of 220,000 ATMs, 82,500 were recalibrated till Monday evening. These ATMs have been reset as per the direction of task force set up by the government to expedite the process, Rituraj Sinha, President Cash Logistics Association of India, told PTI.
These have been recalibrated in such a manner that regional balance is maintained while giving priority to rural areas, Sinha, also a member of the task force headed by RBI Deputy Governor S. S. Mundra, said.
With the recalibration, ATMs are now stocking 5 to 6 million cash and are able to cater to higher demand. As a result, many ATMs are holding cash longer and queues outside such machines are also getting smaller. However, before the recalibration, ATMs could hold up to Rs500,000 of Rs100 notes which used to get over very fast. Since the formation of the task force, RBI, banks and cash logistic companies have been working seamlessly, he said, adding that the progress of recalibration of ATMs demonstrates a synergistic approach.
Cash supply has been streamlined to meet the requirements of ATMs and many such machines at various parts of the country have started working round the clock. On a daily basis, about 12,000 to 14,000 ATMs are getting recalibrated.
"It is our endeavour to move towards normal ATM functioning by the end of this month," he added. Prime Minister Narendra Modi had on November 8, in a surprise move, announced demonetisation of 500 and 1,000 rupee notes.