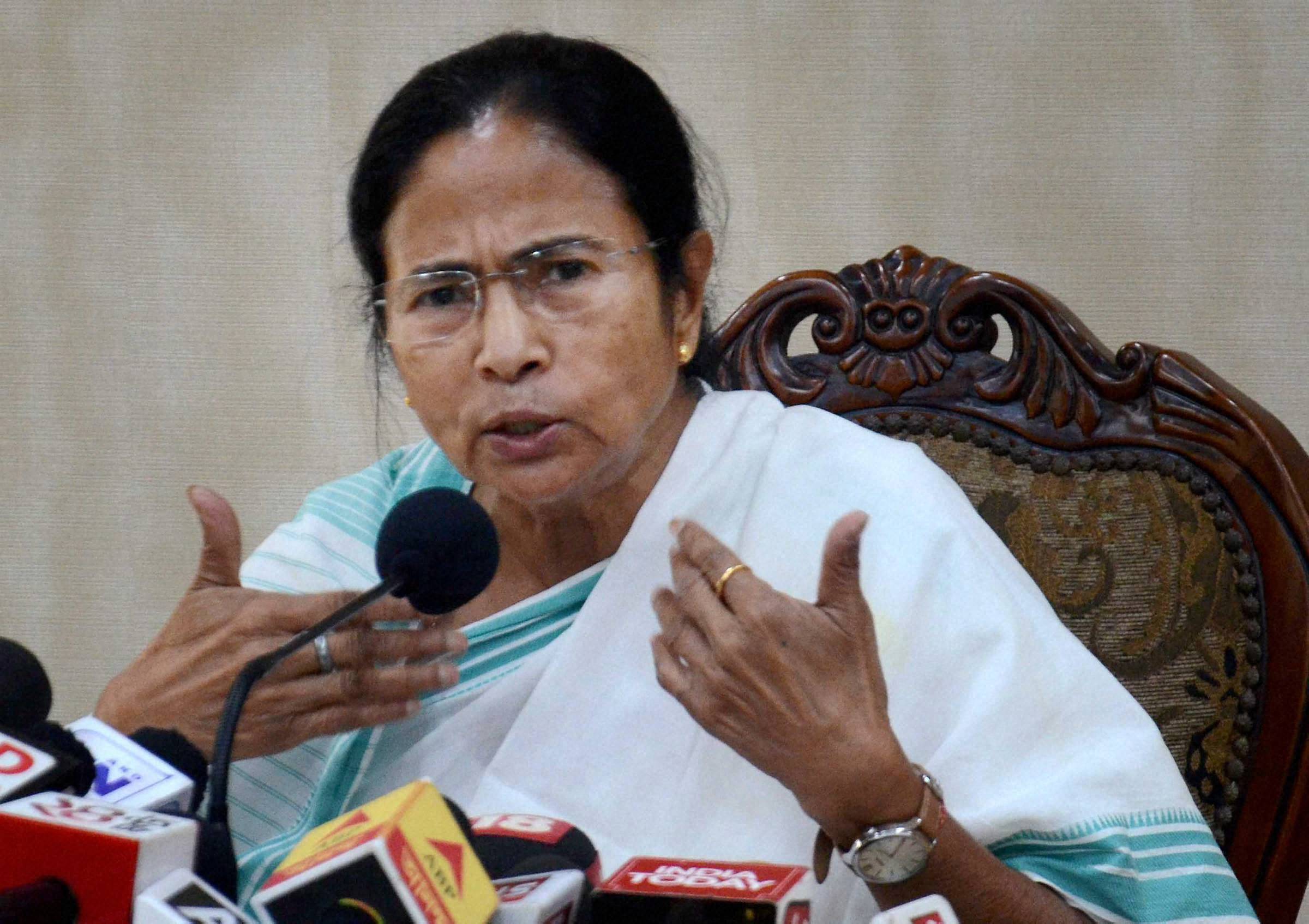 Kolkata: Hailing the mandate for Trinamool Congress in the by-elections in the state as "people's revolt" against demonetisation, West Bengal Chief Minister Mamata Banerjee on Tuesday attacked Prime Minister Narendra Modi for "failing" to bring back black money from abroad.
"The by-election result is a befitting reply against the anti-people demonetisation by the Centre. It's a people's revolt, rather than a mass revolt against the centre. BJP should take lessons from this mandate," she told newsmen before leaving for New Delhi to join the protest rally by the Opposition.
"BJP will be nowhere after the elections in Punjab and Uttar Pradesh. The Narendra Modi government has failed to bring back the black money from abroad, as he had promised during 2014 Lok Sabha polls. As he has failed to keep his promise, common people are being harassed. The hard earned money of the common people is being taken away,"Mamata said.
Mamata's Trianmool Congress on Tuesday registered a massive victory in by election to two Lok Sabha seats and one assembly segment. TMC candidate Dibyendu Adhikari on Tuesday won Tamluk Lok Sabha seat defeating his nearest CPI(M) rival Mandira Panda by 497,000 votes. TMC candidate Saikat Panja registered a massive victory in Monteswar Assembly bypoll by defeating his nearest CPIM rival Mohammad Osman Gani Sarkar by 127,127 votes.
TMC's Parthapratim Roy has taken a lead of over 320,000 votes over his nearest rival of BJP.