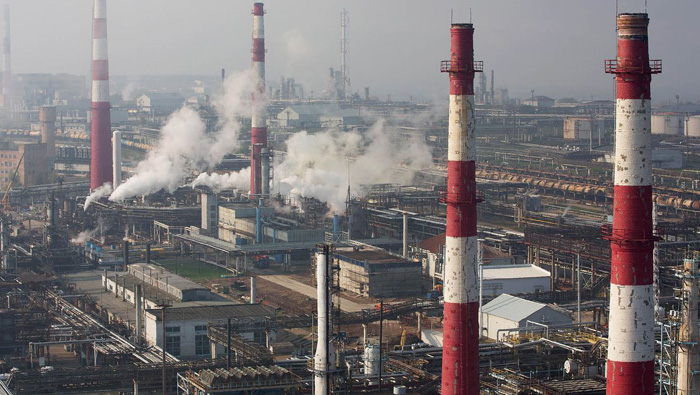 Singapore: Oil surged for a third day on signs Organisation of Petroleum Exporting Countries (Opec) members have made progress toward finalising a deal to cut output.
January futures rose as much as 1.5 per cent in New York after the December contract expired 3.9 per cent higher on Monday. Talks on assigning quotas to individual countries went well, Libyan Opec governor Mohamed Oun said after preliminary meetings at the group’s headquarters in Vienna.
Goldman Sachs said it’s now ‘tactically bullish’ on the likelihood of an agreement. United States government data on Wednesday is forecast to show the smallest expansion of crude stockpiles since January, according to a survey.
Oil has rebounded from an eight-week low on November 14 as members of the Opec make renewed diplomatic efforts before their November 30 meeting to finalise the supply deal they agreed to informally in September.
The group’s plan to trim output for the first time in eight years is complicated by Iran’s commitment to boost production and Iraq’s request for an exemption to help fund its war with rebels.
“An Opec deal would push oil through $50,” said Evan Lucas, a market strategist at IG in Melbourne. “If it’s a verbal agreement with all non-binding overlays, the market will get positive very quickly. It could then fall back to a band of $45 to $46 a barrel.”
West Texas Intermediate for January delivery rose as much as 74 cents to $48.98 a barrel on the New York Mercantile Exchange and was at $48.42 in London. The December contract expired on Monday after rising $1.80 to $47.49, the highest close for front-month prices since October 28. Total volume traded was about 51 per cent above the 100-day average.
More confident
Brent for January settlement climbed as much as 73 cents, or 1.5 per cent, to $49.63 a barrel on the London-based ICE Futures Europe exchange. The contract added $2.04, or 4.4 per cent, to $48.90 a barrel on Monday, the highest close since October 28. The global benchmark traded at a 68 cent premium to WTI.
The likelihood of a deal also pushed Goldman to be bullish on oil prices in the short term, boosting the bank’s forecast of WTI price to $55 in the first two quarters of next year, versus prior estimates of $45 and $50, respectively, according to analysts including Damien Courvalin in a research note on Monday.
US inventories probably rose by 250,000 barrels last week, according to the survey before an Energy Information Administration report. That will be the smallest gain since a 234,000 barrel increase through January 8. The chairman of Commodity Futures Trading Commission is trying to push ahead with controversial rules that clamp down on traders’ ability to speculate in oil and other commodities before President-elect Donald Trump takes office, according to people familiar with the matter.