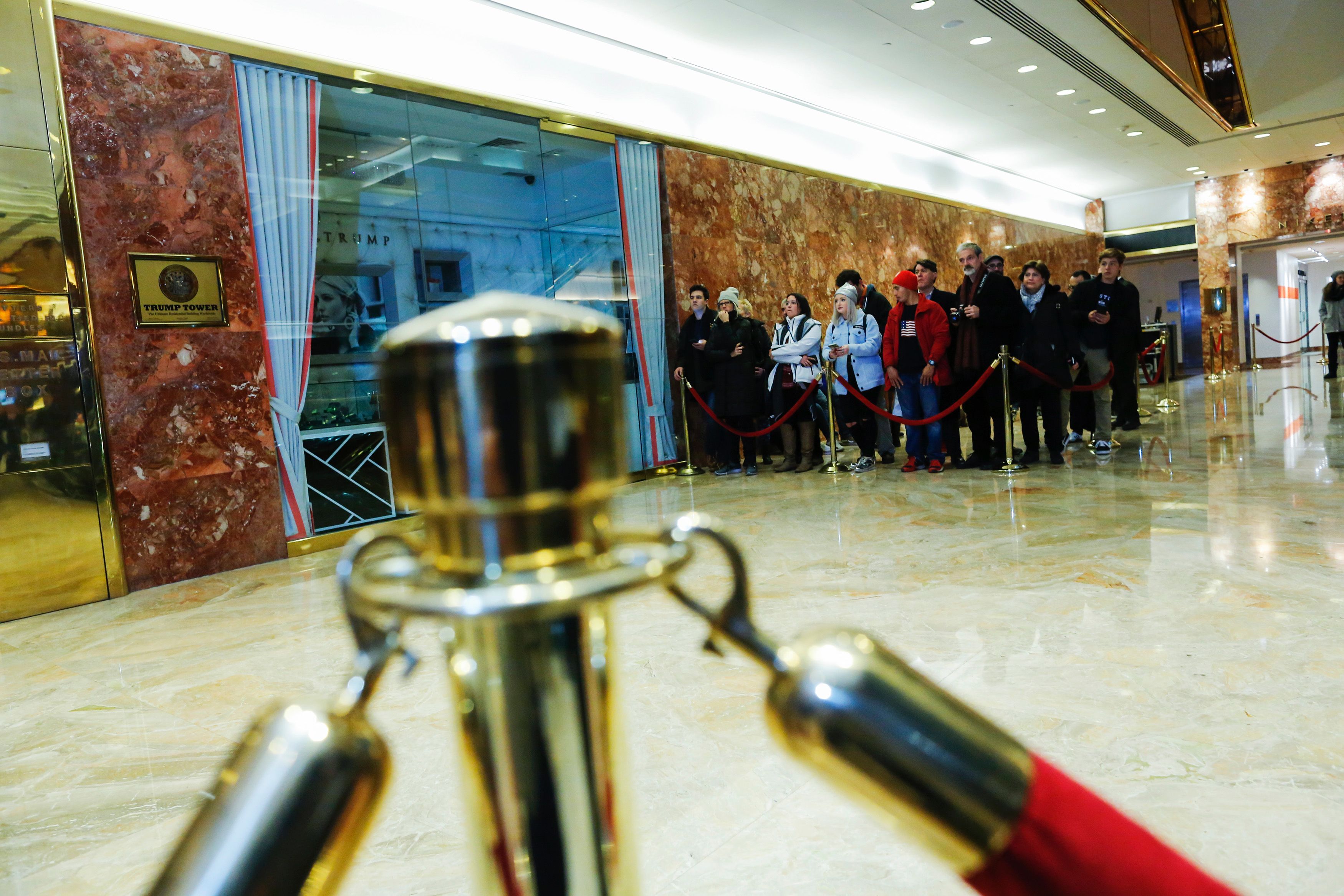 New York: U.S. President-elect Donald Trump met with a stream of Cabinet hopefuls at his Manhattan office tower on Monday, but made no further announcements, keeping candidates and the public guessing about the shape of the administration that will take over on Jan. 20. Oklahoma Governor Mary Fallin, Democratic Representative Tulsi Gabbard and former Texas Governor Rick Perry were among those who made their way across the opulent lobby of Trump Tower, the latest in dozens of auditions in a relatively open - and unconventional - transition process since Trump's election win on Nov. 8.
The Republican president-elect has so far picked two Cabinet members and three top White House advisers, but aides said he was not expected to make further announcements on Monday. "They could come this week, they could come today, but we're not in a rush to publish names," Kellyanne Conway, a senior adviser, told reporters.
"We've got to get it right." Trump spoke often with reporters camped out at his New Jersey golf course over the weekend about his deliberations, but has not yet given a traditional news conference to talk about his priorities.
He held an off-the-record meeting with a group of television anchors and executives on Monday afternoon and was scheduled to meet with print media representatives on Tuesday.
Later on Monday, Trump planned to release a video on what he hopes to work on first with the Republican-controlled U.S. Congress, his spokesmen told reporters. Priorities included trade, lifting regulations on oil, gas and coal production; protecting U.S. infrastructure from cyber attacks; and immigration, they said.
Trump's first meeting on Monday was with Iraq War veteran Gabbard, a representative from Hawaii who backed U.S. Senator Bernie Sanders in his unsuccessful 2016 Democratic presidential primary campaign against Hillary Clinton.
The "frank and positive" discussion focused on the war in Syria, counterterrorism, and other foreign policy issues, Gabbard said in a statement. She did not say whether a Cabinet role was part of the discussion. Gabbard has veered from Democratic Party positions at times, backing policies cracking down on immigration to the United States by Muslims.
In November 2015, she was one of a few dozen Democrats who joined Republicans to pass a bill mandating a stronger screening process for refugees from Iraq and Syria seeking to enter the United States.
Republican Governor Fallin told reporters she was not offered a position, but discussed "a wide range of topics" with Trump.
Her spokesman said that included a focus on the Interior Department, an agency whose responsibilities include oversight of oil and gas leases on public lands.
Former Republican Senator Scott Brown told reporters he had a "great" meeting about veterans' issues with Trump.
"He's obviously going to take my application or interest under consideration, and I'm glad that he called and he's going to obviously meet other folks," Brown said, adding the outcome would likely be known after Thursday's Thanksgiving holiday.
Trump also met with former House of Representatives Speaker Newt Gingrich and Elaine Chao, the U.S. labor secretary under former President George W. Bush, advisers said. Perry was being considered for Cabinet posts including defense, energy and veterans affairs, Trump's transition team said.
Trump, a New York businessman who has never previously held public office and who was the surprise winner over Clinton this month, has so far named senior leaders of his national security and law enforcement teams.
They are U.S. Senator Jeff Sessions of Alabama for attorney general, U.S. Representative Mike Pompeo of Kansas as CIA director, and retired Army Lieutenant General Michael Flynn as White House national security adviser.
Over the weekend, Trump based himself at his golf resort in Bedminster, New Jersey, where he conferred with retired Marine Corps General James Mattis, a contender for defense secretary; Jonathan Gray, a board member of the Blackstone Group, in the running for treasury secretary; and former Massachusetts Governor Mitt Romney, a fierce Trump critic who now is under consideration for secretary of state.
For Thanksgiving, Trump planned to travel on Tuesday from his Manhattan office and residence to Mar-a-Lago, a golf resort he owns in Florida, a spokesman said. Vice President-elect Mike Pence will travel later this week to spend the holiday in Mississippi, where his son Michael, who is in the Marines, is stationed.