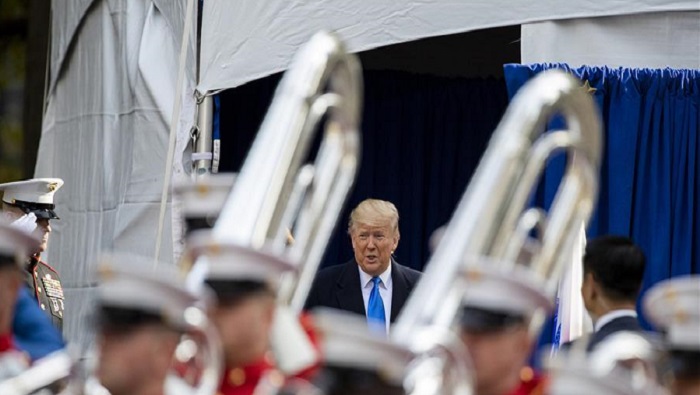 "Our veterans risked everything for us, now it is our duty to serve and protect them every single day of our lives," said the president in his remarks at the Madison Square Park at the opening ceremony of the parade.

Trump is the first sitting U.S. president to attend the Parade in his hometown, which he said was "truly an honor."

The New York City Veterans Day Parade is an annual event produced by the United War Veterans Council as the country's largest one in scale.

The president also touted the strength of the U.S. Special Operations Forces, who conducted a raid last month in Syria that led to the death of the Islamic State (IS) leader Abu Bakr al-Baghdadi.

"Thanks to American warriors -- al-Baghdadi is dead. His second in charge is dead. We have our eyes on number 3," he said.

Trump, along with First Lady Melania Trump, then attended a wreath-laying ceremony and observed a moment of silence before they went back to their New York residence at the Trump Tower.

The Veterans Day in the United States is a federal holiday to honor those who have served in the country's military. It falls on Nov. 11 when World War I came to an end in 1918.