So what if Trump hires his son-in-law Jared Kushner 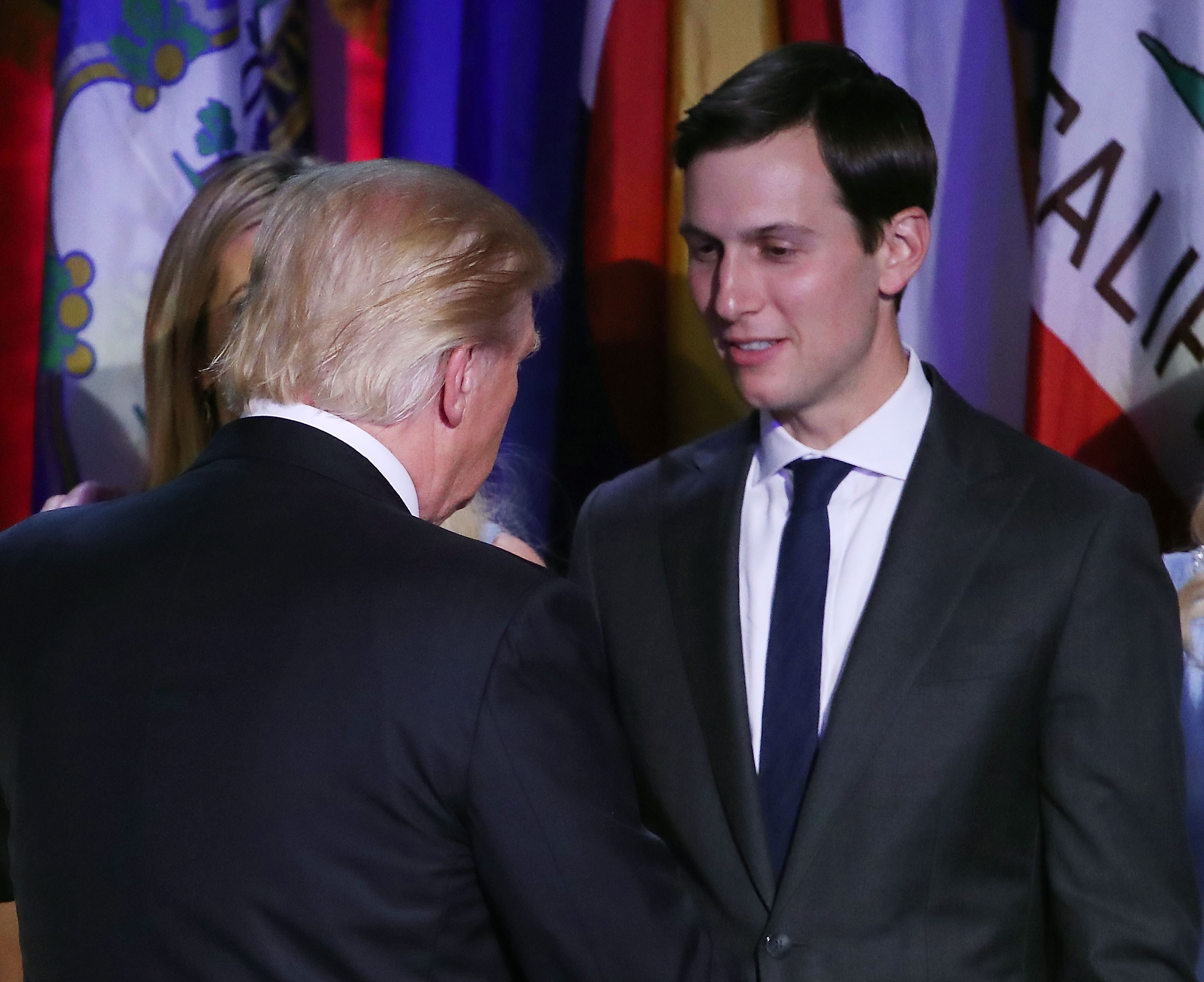 Should President-elect Donald Trump decide to appoint his son-in-law, Jared Kushner, to a White House post, there are two potential nepotism problems: one legal and one moral. Neither should block the appointment. The law likely doesn’t cover White House appointments, and the ethical concern is outweighed by the value of transparency among the president’s closest advisers.
The anti-nepotism law was passed in 1967, after Robert Kennedy’s term as attorney general under his brother John Kennedy. It was signed by Lyndon Johnson, who detested Bobby Kennedy and may have taken some pleasure in the after-the-fact condemnation of his appointment.
The statute prohibits any public official from appointing a relative to office “in the agency in which he is serving.” It defines relative to include son-in-law. It therefore sounds as if it would apply to a Kushner appointment.
But the catch is the word “agency.” In a 1993 decision that involved a challenge to Bill Clinton’s appointment of Hillary Clinton to run his ill-fated health-care task force, the US Court of Appeals for the D.C. Circuit said it doubted that Congress meant to include the White House in the category of agency. This wasn’t quite a formal holding by the court, which based its ultimate conclusion on the special role of the first lady. But it came close. The court added that the statute may only apply to paid positions.
The legal barrier to Trump hiring Kushner is therefore not difficult to overcome, especially if he forgoes pay, as Trump has said he himself will.
That leaves the ethical concern -- and here it seems to me that the perception of nepotism is less important than ensuring that the president’s choice of advisers is subject to public scrutiny.
A general ethical principle against nepotism does make sense. Derived from the Italian word “nepotismo,” itself derived from the Latin word for nephew.
It’s also obviously bad for government officials to hire relatives as a form of patronage. Political payoffs without familial connections are problematic, because they suggest hiring on a basis other than qualifications. When the people being hired are also closely related, it creates the impression that the government is a family concern.
But a president formally appointing a relative who is already a close adviser is very different. Of course we don’t want the president to put family members on the payroll if they will be deadweight. But if a candidate relies heavily on the relative’s advice, why shouldn’t he be able to continue to benefit from that advice when in office?
If the ethical rule actually barred the president from speaking to the adviser, it might weaken the president’s performance.
Much more likely, the president would continue to get the relative’s advice -- but the relationship would go off the books. The public wouldn’t know much if anything about its contours or extent. Communications might not be recorded for posterity.
Much better to allow an official appointment. Then the public could understand who has the president’s ear. And it would enable whatever oversight mechanisms the law provides for White House advisers, which admittedly aren’t very extensive.
Public scrutiny should also be more than sufficient to reveal which relatives are qualified to serve and which are not.
To avoid even the appearance of nepotism is a nice idea -- but not very realistic. No honest observer of US politics could think that family relationships aren’t vastly important. Think of the Adamses, the Roosevelts, the Kennedys, the Bushes and the Clintons, to name just the most prominent.
The truth is that Bobby Kennedy was in many ways a model attorney general. The country would have been worse off without his serving in his brother’s administration.
It might be nice if family never advised presidents. But it isn’t the end of the world, ethically speaking. And when it comes down to it, appointing qualified family members may be less threatening to our democracy than ignoring them. - Bloomberg View