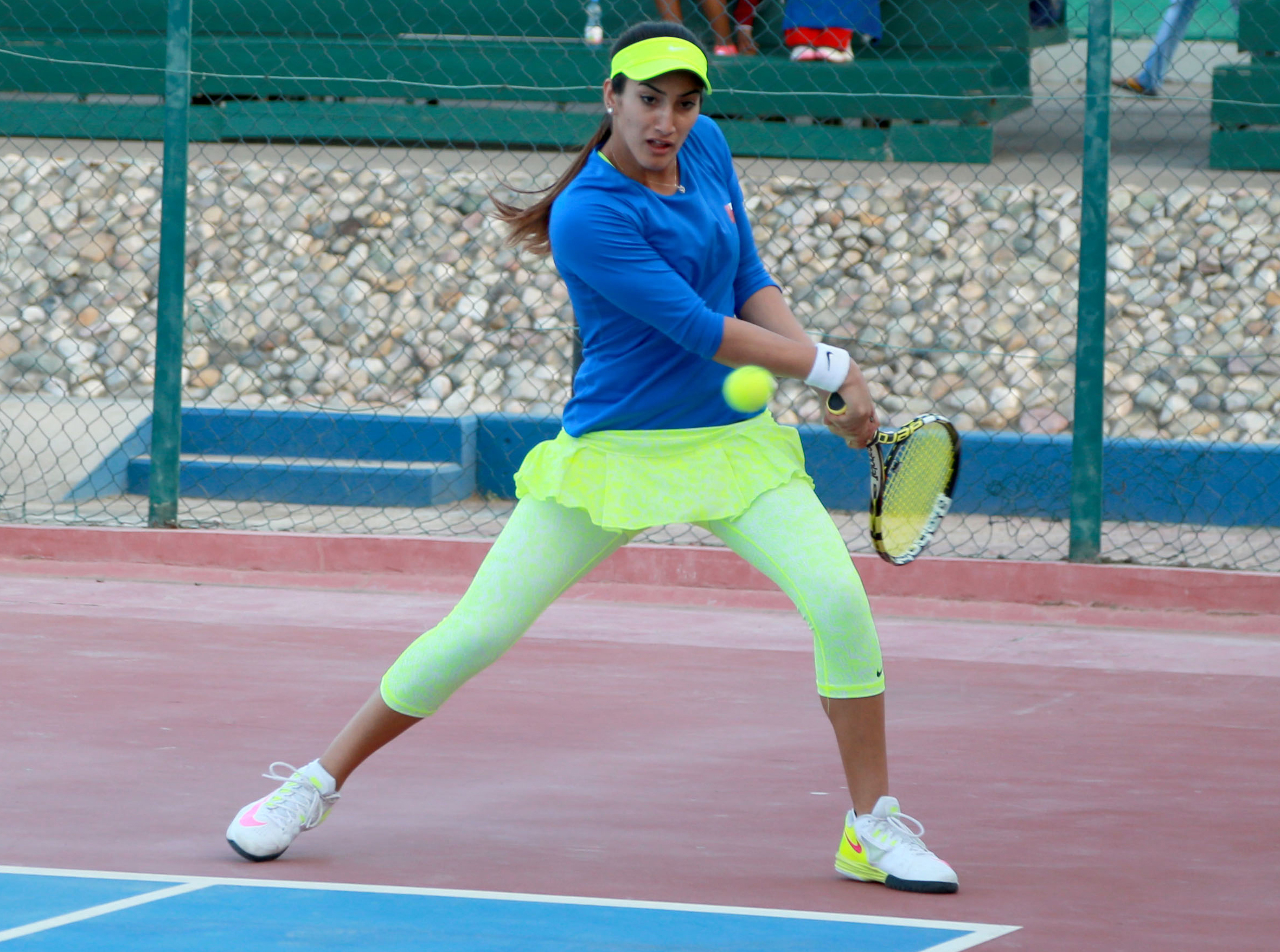 Muscat: Fatma Al Nabhani stormed into the quarterfinals of the singles competition after an easy victory over Austrian Kerstin Peckl in the $10,000 Rabat ITF Pro Circuit tournament in Morocco on Wednesday.
The Omani girl also made it to the semifinals of the doubles competition in the company of Spanish lass Olga Parres Azcoitia.
In a second round match of the singles, the second-seeded Omani girl defeated Kerstin Peckl in straight sets 6-4, 6-3.
In the last eight stage, Fatma will square off against Spain’s Arabela Fernandez-Rabener.
Arabela booked her berth in the quarterfinals after defeating Sara Lanca of Portugal 6-4, 6-3.
Later in evening, Fatma and Olga lived up to their top billing given by the organisers by booking their place in the semifinals.
In a quarterfinal match, the top seeds recorded a straight sets 6-1, 6-2 victory over Arabela and her Russian partner Ksenia Kuznetsova.
Fatma and Olga will now take on Croatia’s Mariana Drazic and Russia’s Natalia Orlova for a place in the final.
Mariana and Natalia moved into the semifinals after a 6-1, 6-2 win over Abla El Kadri of Morocco and Anne Sophie Forget of France.