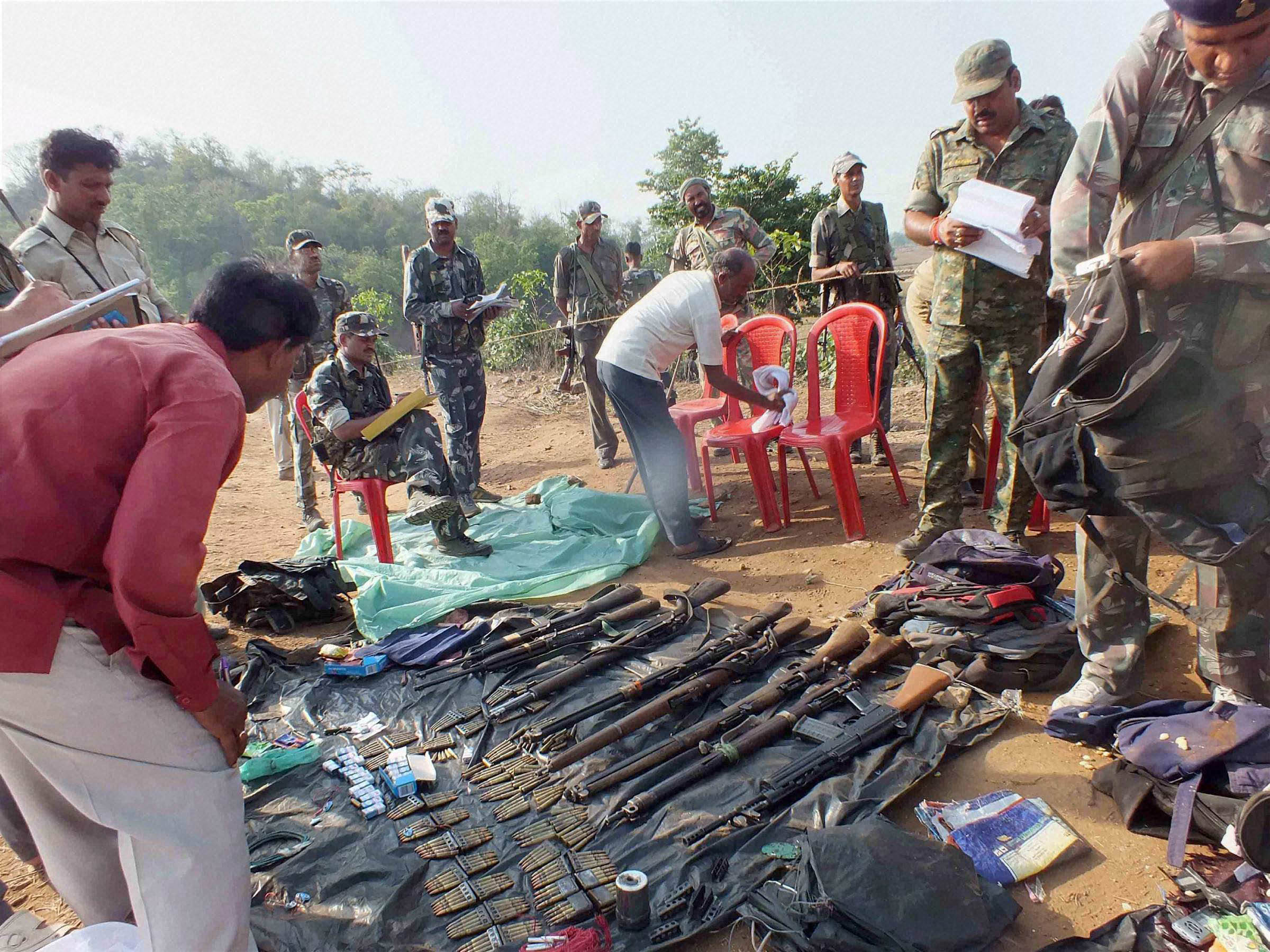 Raipur, Nov 16 (PTI) Six Naxalites, including three women,
were on Wednesday killed and two arrested following a fierce
gunbattle between the ultras and security forces in the
forests of Chhattisgarh's insurgency-hit Dantewada district,
police said.
"The skirmish occurred in the forests of Gondpalli village
under Aranpur police station when a joint team of security
forces was out on an anti-Maoist operation," IG (Bastar range)
SRP Kalluri told PTI.
The operation was launched last night by District Reserve
Group of police (from Dantewada and Sukma), Special Task Force
(STF) and CRPF, following a tip-off regarding the presence of
Naxalites in Matempara and Gondpalli villages, around 450 km
from here, on the Dantewada-Sukma border, he said.
The forces came under heavy firing from the ultras as they
reached the target area this afternoon and the gunbattle
ensued, the IG said.
The encounter lasted till the ultras fled in the evening,
he added.
"The bodies of six rebels, including those of three women,
were recovered and six firearms seized," the IG said, adding
that further details were awaited as the forces will return to
their camp by tomorrow morning.
Special Director General of Police (anti-Maoist
operations) DM Awasthi said two Naxalites were arrested from
the area after the encounter.
No security personnel was injured in the encounter, the
SDGP said, terming the operation as a "major success".
At least four teams, comprising 800 security personnel,
were dispatched for the operation, he added. PTI TKP
SG
11162204 R
NNNN