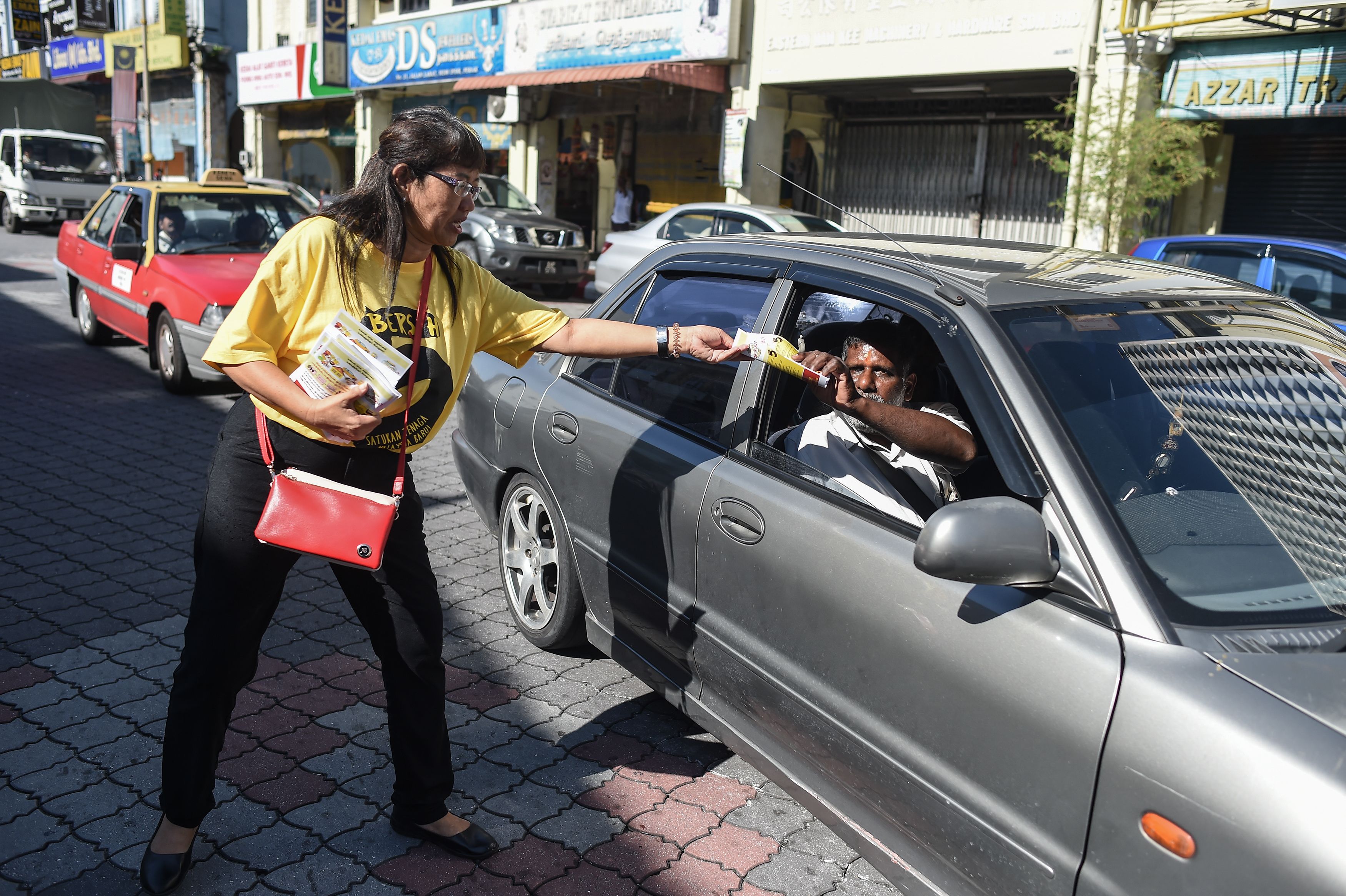 Kuala Lumpur: Former Malaysian premier Mahathir Mohamad on Wednesday threw his weight behind a massive rally planned for this weekend to demand that scandal-tainted Prime Minister Najib Razak resign, with clashes feared between protesters and pro-government groups.
Najib, who is eyeing an early election next year, faces outrage over his involvement in a multi-billion-dollar financial scandal at state fund 1Malaysia Development Berhad (1MDB), and has used harsh measures to silence critics. Election reform group Bersih, the organiser of Saturday's rally, has demanded Najib resign.
Malaysia is "facing a state of panic", former prime minister Mahathir, wearing Bersih's signature yellow T-shirt, said in a video posted online. "I hope all Malaysians will join this demonstration by Bersih which is aimed at finding a way to fix this country," said Mahathir, who quit Najib's ruling United Malays National Organisation (UMNO) in February.
Malaysia's longest serving Prime Minister formed a new political group this year in his campaign to oust former protege Najib. Concerns are growing that Bersih supporters and pro-government groups could clash at the rally, with the group's chairwoman having received anonymous death threats.
"We cannot stop because if we stop and we don't protest, then we can't have any say in any legislation, policies or laws," said the chairwoman, Maria Chin Abdullah, who led a similar rally last year.
Ethnic Indian and Chinese minorities formed the bulk of the 200,000 protesters at the time. A six-week campaign by Bersih ahead of the rally has been marred by violent confrontations between the group and a pro-state group called "Red Shirts".
Red Shirts leader Jamal Yunos, an UMNO member, has warned of a repeat of racial riots in 1969, when clashes between Malays and ethnic Chinese killed hundreds. Mainly Muslim ethnic Malays form about 60 percent of Malaysia's population of 30 million, while ethnic Chinese and Indians account for about 32 percent.
Lawsuits filed by the U.S. Justice Department in July say more than $700 million of misappropriated funds from 1MDB flowed into the accounts of "Malaysian Official 1", whom U.S. and Malaysian officials have identified as Najib. Najib has denied wrongdoing, but has taken steps critics say aim to limit discussion of the scandal, such as sacking a deputy prime minister and a former attorney-general, besides suspending newspapers and blocking websites.
The newly-introduced National Security Council Act gives Najib powers to declare virtual martial law in areas deemed to face a "security threat". Activist and graphic artist Fahmi Reza, who was charged with violating multimedia laws following a caricature depicting Najib with a clown face, has designed posters and banners for Bersih protesters. "I think it's important for us as citizens to continue to speak up, to take a stand and voice our dissent," he said.