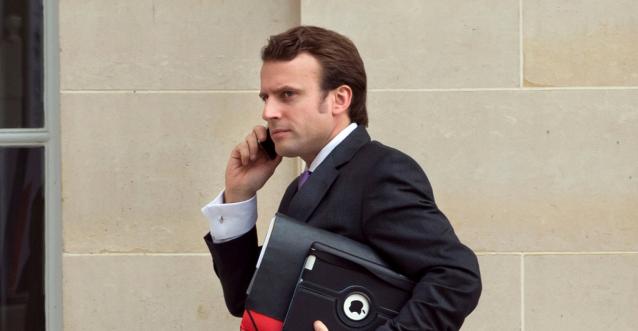 Paris: France's presidential election campaign jolted into life on Wednesday as young ex-minister Emmanuel Macron prepared to launch his bid and polls showed a new rival eroding the lead of favourite Alain Juppe from within his own camp.
Juppe has fought his campaign so far on a centrist platform to the left of his main competitor for the centre-right ticket, Nicolas Sarkozy, who has sought to appeal to the populist end of the voter spectrum. Polls until this week showed 71-year-old ex prime minister Juppe winning the primaries of the Les Republicains party and its centre-right allies which begin on Sunday.
He would then be propelled in the election itself by voters of the mainstream right, centre and left, all determined to keep the popular far-right National Front party leader Marine Le Pen from power, they showed. But fresh poll readings in recent days have managed to rattle that consensus. And running in the background is a nagging feeling that more surprises might be on their way. Donald Trump's unexpected victory in U.S. presidential elections raised the prospect that surveys might still be failing to capture the full scale of the populist vote being courted by Sarkozy and Le Pen.
Since the weekend, opinion polls have been showing Francois Fillon, the prime minister under Sarkozy's first presidency between 2007 and 2012, gaining ground fast as the "third man" in the Les Republicains ticket contest while Juppe's support has slipped.
On Tuesday night, an Opinionway poll for Atlantico showed Fillon neck-and-neck with Sarkozy in second place for the first round of the primaries behind Juppe. As in the presidential election itself, only two candidates go through to a run-off second round, and Opinionway shows Fillon beating Juppe by 54 percent to 46 should he progress at Sarkozy's expense. Fillon has in the past espoused Thatcherite free market policies in determinedly dirigiste France, and wants to cut up to 600,000 public sector jobs - even more than Sarkozy, but is also seen as a 'lightweight' version of his former boss on security and immigration. Other polls have also shown Fillon gaining votes as Juppe loses them as a series of TV debates between the candidates takes place. Much of Juppe's support, by contrast, is seen as an ephemeral 'least-worst' choice, while the abrasive Sarkozy's backers are more hard-core in his favour.
"You may be surprised but I am not," Fillon said on Wednesday morning of his poll ratings. "I have been saying for months and months that the polls don't make much sense and that the primaries would start at the point where the candidates start taking to the French people," he said on RTL Radio.
The other fly in Juppe's ointment is Emmanuel Macron, a pro-business reformist economy minister in President Francois Hollande's current Socialist government before he quit this year to set up his own political movement. Macron's actions have suggested for months he will be a candidate.
He is due to make his official announcement on Wednesday, just days ahead of Juppe's big test, according to a source close to the 38 year-old investment banker. Although among France's most popular politicians, Macron is not an elected one and has no party apparatus behind him, so he may struggle to turn his own campaign into a winning one. However, he is widely seen as likely to take centrist votes from Juppe, one of whose supporters on Tuesday roundly condemned the timing of his move.
Macron is also likely to further fragment the already divided left-wing vote as speculation swirls that prime minister Manuel Valls will stand instead of the deeply unpopular Hollande. An October poll published by Odoxa put Macron at the top of a list of potential presidents from the left, with 49 percent considering him a good head of state. Valls came second at 42 percent.