India rupee ban: No respite for customers in queues at banks and ATMs 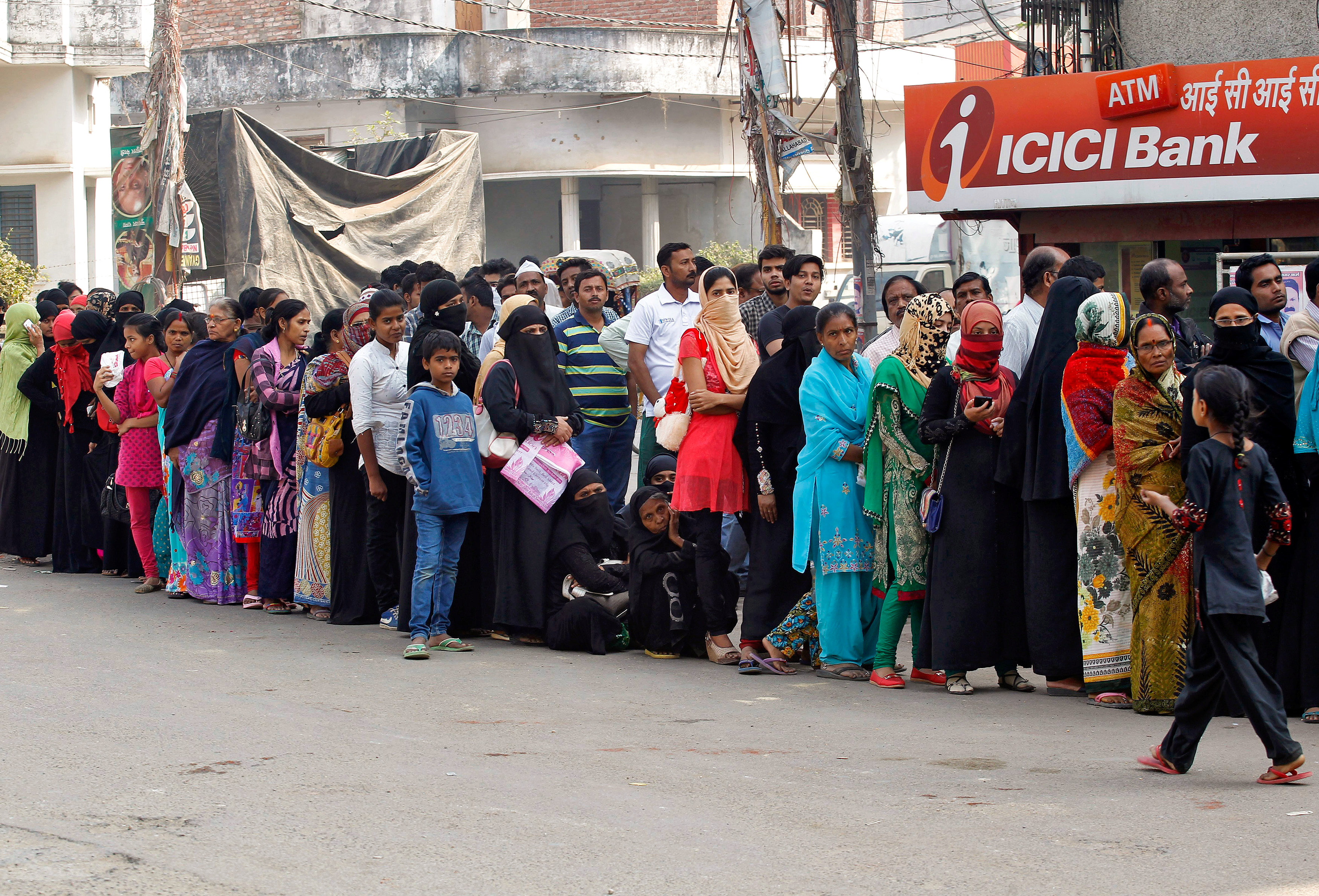 Mumbai: Several ATMs across the city left the people wanting to withdraw money disappointed, even as customers lined up outside banks to exchange and deposit money since early morning. However, the indelible ink, as decided Tuesday, was not used to mark the customers at banks and post offices, which they apparently did not receive.
Grappling with unending queues and frayed tempers in banks and to check operation of syndicates, the Centre had on Tuesday decided to introduce a system of marking customers exchanging the defunct currency notes with indelible ink while monitoring suspicious deposits in Jan Dhan accounts. Preetam More from Kannamwar Nagar of suburban Vikhroli said, "I came to stand in the queue at 6.30 in the morning and deposited the money at around 9.30 am.
I was expecting to get the ink mark, as I heard in news on Tuesday, but there was no such move". Another anxious resident from suburban Malad, Ritesh Bhaumik said, "Almost 90 per cent ATMs are not working here, but thank God I got some money exchanged from a bank by being in queue for one hour".
A frequent overseas traveller, Rajiv Singh found himself in a fix when he landed at the Mumbai airport on Wednesday and with only Rs 1,000 and Rs 500 notes. "I was not aware of this development (of demonetisation). When I approached a cab driver, he instantly asked whether I have small denomination money or not. When I replied in negative, he refused to take me in the taxi. I then called up my friend in Santacruz. I don't know how he managed, but he came with some money that helped me to reach Rabale," he said.
Chembur resident Roshan Tara has also been facing inconvenience since the government's demonetisation move last week. "My husband works in Saudi Arabia and while going to work there, he gave me some cash in Rs 500/1,000 notes to meet the daily expenses on November 2. I have three small children. I am unable to stand for long hours in queue. I don't know what to do," she said. Shaukat Ali, a father of two school-going children, also voiced his woes.
"My children's school is neither accepting old notes nor cheques. This is very upsetting. Government must give some directives to school managements also," he said. Meanwhile, in some relief to patients, the civic-run King Edward Memorial Hospital (KEM) in Parel here has set up two currency exchange counters in its premises. The Brihanmumbai Municipal Corporation in a statement said the KEM Hospital tied-up with Punjab National Bank and India Post to set up currency exchange counters that are being used by customers by showing case papers.