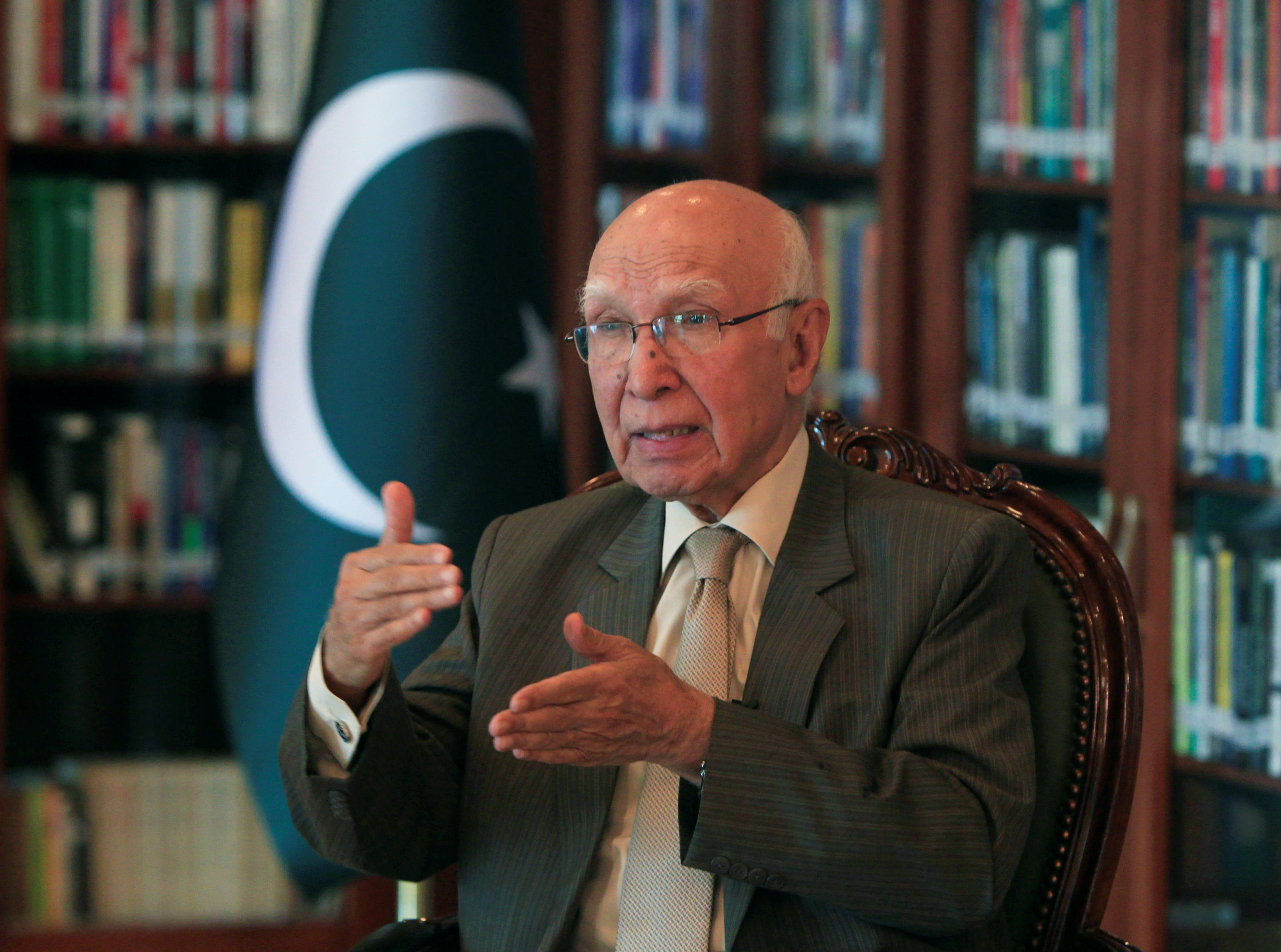 ISLAMABAD: Pakistan's top foreign policy official said on Tuesday he plans to attend the Heart of Asia conference in India and suggested the visit could be used to "defuse the tension" between the neighbours.
Sartaj Aziz's trip to India would be the first by a senior Pakistani official since gunmen raided an army base in Indian-controlled Kashmir and killed 19 soldiers in September, an attack New Delhi blamed on Pakistan-based militants.
The killing of Indian soldiers soured relations and led to a weeks of diplomatic quarrelling, with both Islamabad and New Delhi accusing opposing diplomats of spying and then expelling them.
"Its a good opportunity to defuse the tension," Aziz, who is an adviser to Prime Minister Nawaz Sharif on foreign affairs, told the state-run PTV channel.
Artillery duels and skirmishing have recently intensified along the disputed frontier running through the disputed Himalayan region of Kashmir. Pakistan on Monday said seven of its soldiers were killed by Indian shelling.
Despite hinting at a possible detente, Aziz said there was no official meeting scheduled with Indian officials.
"Its early to say. Depends upon the situation," he said.
The Heart of Asia conference focusing on Afghanistan is due to be held in the first week of December in the northwestern Indian city of Amritsar, close to the Pakistani border.
The conference will seek ways to help improve security and bring peace to Afghanistan, which has been mired in conflict since a U.S.-led coalition toppled the hardline Taliban government in 2001.
Relations between Afghanistan and Pakistan have also been strained over the past year, with Kabul accusing Islamabad of harbouring the leaders of Taliban and seeking to meddle in Afghan affairs. Pakistan denies the charge.
"Heart of Asia is for Afghanistan and Afghanistan is our priority," said Aziz.