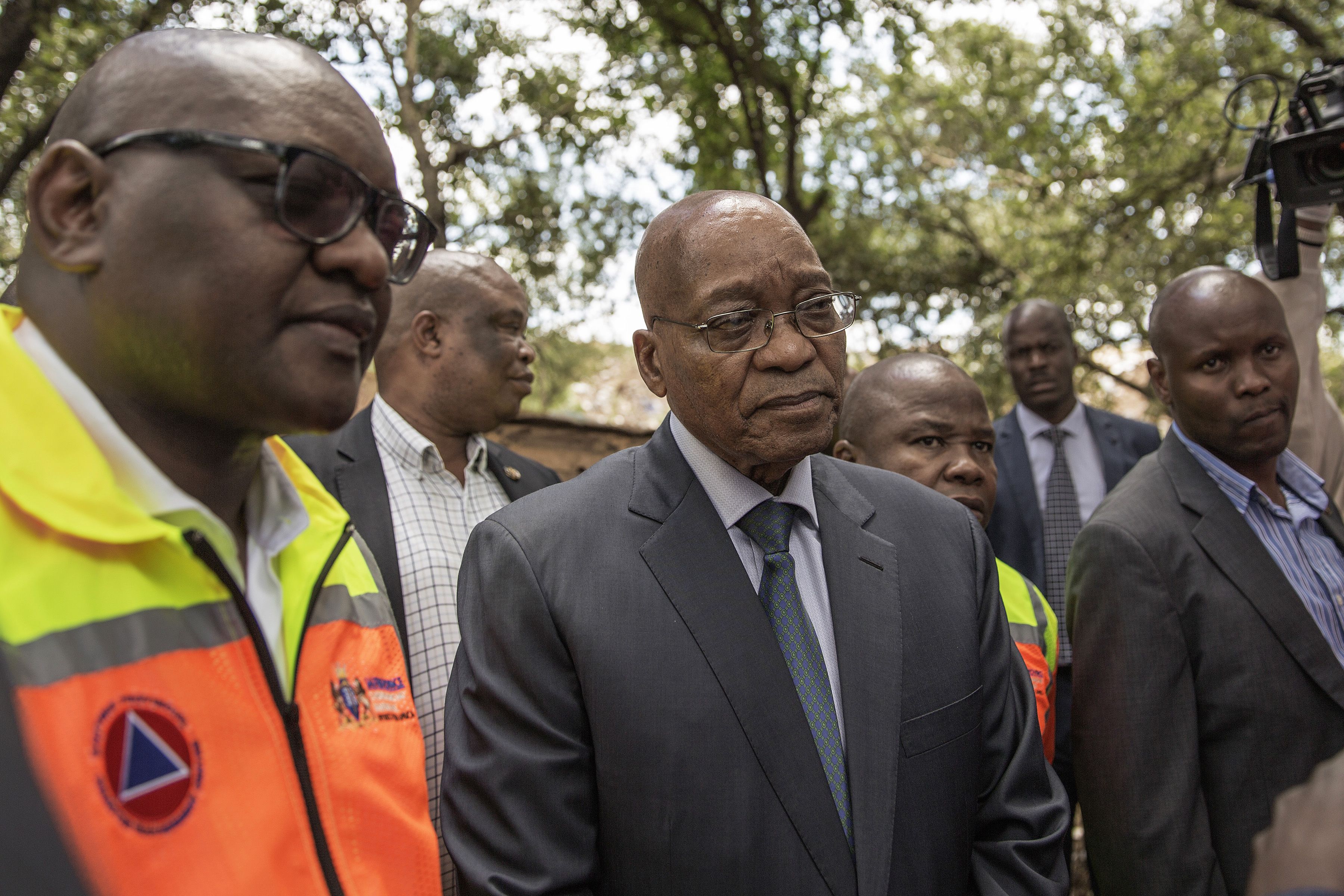 JOHANNESBURG: South Africa's main opposition party filed a criminal complaint on Tuesday accusing President Jacob Zuma of corruption after a report this month by an anti-graft agency listed allegations of influence-peddling in his government.
The report, released on November 2 and entitled "State of Capture", stopped short of reaching conclusive findings against the president, some of his ministers and heads of state-owned companies. But it has plunged Zuma into the latest crisis of his scandal-plagued presidency.
"The DA will make sure Jacob Zuma, and all those who aid and abet him, are held accountable for their flagrant abuse of power to make themselves rich - at the expense of the poor and the jobless," said Mmusi Maimane, the leader of the Democratic Alliance (DA) party.
He urged police to investigate.
The affair has rattled the financial assets of Africa's most industrialised economy, which faces possible credit ratings downgrades later this year, and given even more ammunition to the opposition to try to unseat Zuma, 74.
Zuma survived a parliamentary no-confidence vote on Thursday called by the DA over the allegations of influence-peddling.
His office has said Zuma will study the report and reserves the right to challenge it in court. He denies any wrongdoing.
The carefully worded report by Thuli Madonsela, who reached the end of her tenure as Public Protector on October 14, stopped short of asserting that crimes had been committed and called for a judge to investigate the allegations.
The chief executive of the state power utility, Brian Molefe, announced his resignation on Friday after he was implicated in the report, but has denied any wrongdoing.
In a separate dispute that further scarred government relations, Zuma asked National Director of Public Prosecutions Shaun Abrahams to give reasons by November 28 why he should not be suspended pending an inquiry into his fitness to hold office, the president's office said in a statement. Zuma's office said rights groups had asked the president to suspend Abrahams and two other officials in the department over the manner in which they handled allegations of fraud, since dropped, against Finance Minister Pravin Gordhan.
South African markets were roiled when Abrahams charged Gordhan but later performed a u-turn.
He was criticised by the opposition and rights groups, who claimed that there was political meddling in the case. Abrahams has said there was no political interference.
"We have no comment at this stage," said NPA spokesman Luvuyo Mfaku.