Britain's Brexit plan? There is no plan, leaked memo says 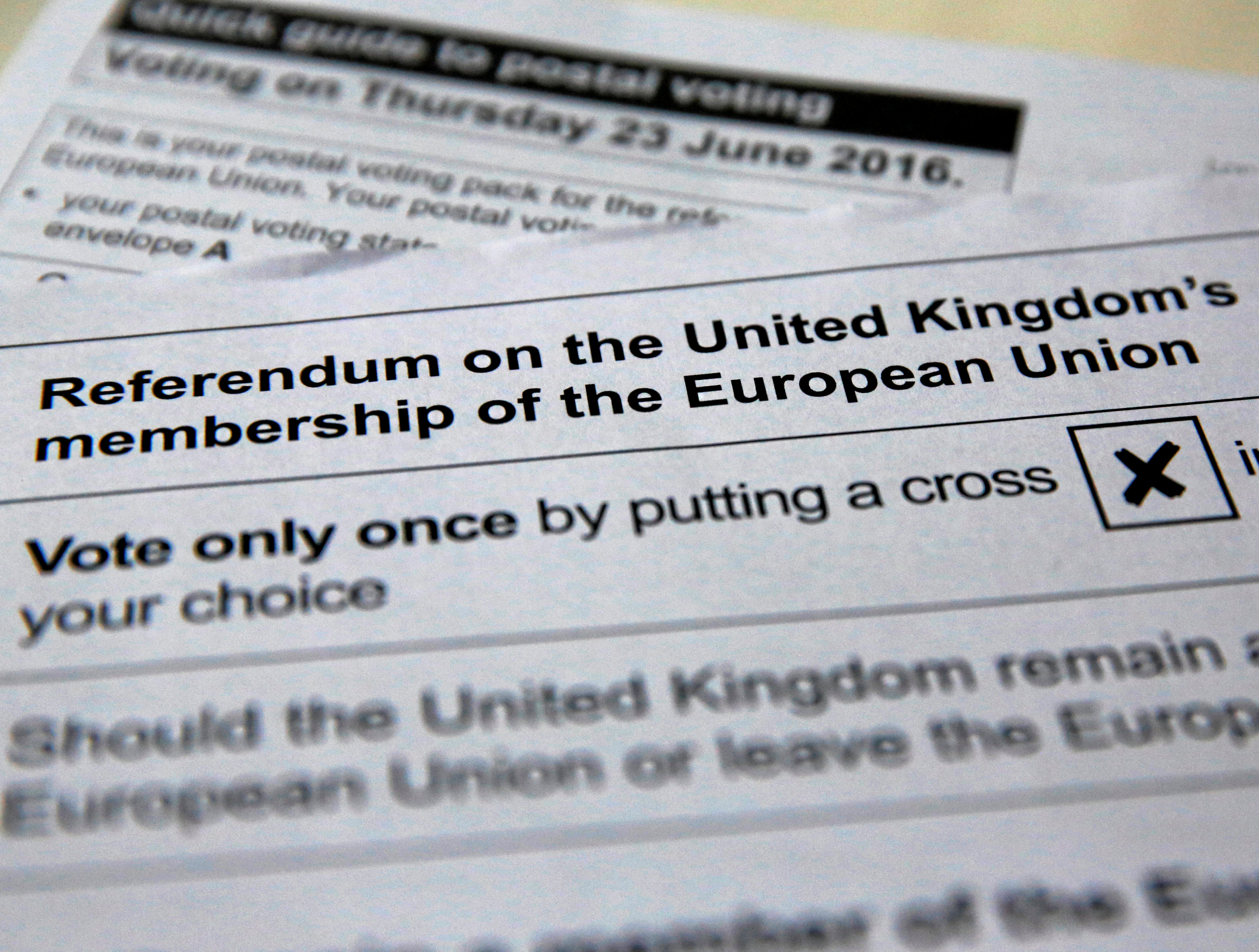 LONDON: Britain has no overall strategy for leaving the European Union and splits in Prime Minister Theresa May's cabinet could delay a clear negotiating position for six months, according to a memo for the government that was leaked to The Times newspaper.
The document, prepared by consultancy firm Deloitte for the government department that supports the prime minister and her cabinet, casts Britain's top team in a chaotic light: May is trying to control key Brexit questions herself while her senior ministers are divided and the civil service is in turmoil. "The Prime Minister is rapidly acquiring the reputation of drawing in decisions and details to settle matters herself - which is unlikely to be sustainable," according to the document, dated November 7 and published by The Times.
"It may be 6 months before there is a view on priorities/negotiation strategy as the political situation in the UK and the EU evolves," said the document, titled "Brexit Update".
May's spokeswoman said the Deloitte memo was unsolicited, had nothing to do with the government and had no credence.
Deloitte declined immediate comment.
"It was not commissioned by the government," May's spokeswoman told reporters. "It does seem as though this is a firm touting for business now aided by the media."
But such a disorderly portrayal of the government underscores both the extent of the turmoil unleashed by the June 23 vote to leave the EU and the uncertainties ahead as May tries to pull Britain out of the world's biggest trading bloc.
Like the Brexit vote, Donald Trump's victory in the United States has underscored how swiftly assumptions are being turned upside down, pushing governments, investors and chief executives into the unknown.
The pound fell as much as 1.3 per cent to 87.07 pence per euro following the memo leak before recovering to 86.92 pence. It also lost more than half a percent to $1.2417.
The memo said no common strategy had emerged, partly as a result of splits within the government and partly due to the evolving political situation in the rest of the EU where both France and Germany face major elections in 2017.
May's cabinet is split, with Foreign Secretary Boris Johnson, Trade Minister Liam Fox and Brexit Minister David Davis - who all campaigned to leave the EU - on one side and finance minister Philip Hammond and Business Secretary Greg Clark - who wanted to remain - on the other, according to the memo.
May's priority, it said, is survival and keeping her ruling Conservative Party together, rather than business or economic considerations. "Industry has 2 unpleasant realisations - first, that the Government's priority remains its political survival, not the economy," the memo said.
"Second, that there will be no clear economic-Brexit strategy any time soon because it is being developed on a case-by-case basis as specific decisions are forced on Government."
The document also said that "major players" in industry were likely to "point a gun at government's head" to secure assurances similar to that given to carmaker Nissan that it would not suffer from Brexit.
"The public stance of Government is orientated primarily to its own supporters, with industry in particular barely being on the radar screen - yet," it said.
Government departments were working on more than 500 Brexit-related projects and might require an additional 30,000 civil servants, it said.
If the Supreme Court forces the government to give lawmakers a say on triggering the formal talks to leave the bloc, some ministers might be happy to see more radical Brexit options watered down, the memo said.
May has promised to trigger Article 50 of the Lisbon Treaty, which kicks off two years of talks with Brussels, by the end of March but she has so far given little away about her plans for Britain's future relationship with the bloc.
German Chancellor Angela Merkel said on Tuesday that Britain must be clear about its aims for Brexit by the end of March.