EU should decide between Turkey or its enemies, PM says 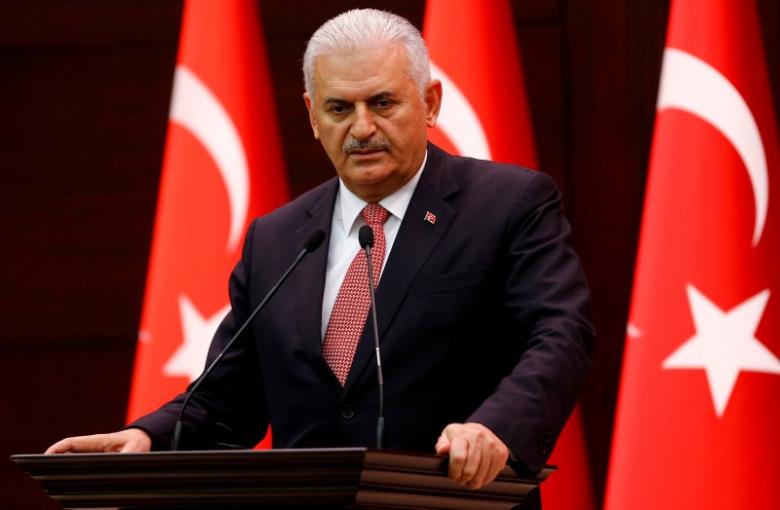 Ankara: Turkey is "fed up" with European Union condescension in talks over its application to join the bloc, Foreign Minister Mevlut Cavusoglu said on Tuesday, reflecting Ankara's exasperation with EU criticism over human rights.
Cavusoglu's blunt comments, made as visiting German Foreign Minister Frank-Walter Steinmeier looked on, also highlighted Turkey's frustration with the fact that, after 11 years of negotiations, its prospects of joining the EU look more remote than ever.
"We are truly fed up of these statements degrading Turkey. The criteria are clear but there are double standards and a two-faced approach. This is what we don't like," Cavusoglu told a joint news conference.
The EU is treading a fine line in relations with Turkey: it needs Ankara's continued help in curbing a huge flow of refugees and migrants, especially from Syria, but is alarmed by Turkey's crackdown on opponents since the failure of a coup attempt in July.
Referring to an issue that could spell the end of Turkey's accession bid, Cavusoglu said that the Turkish people would decide whether or not to reinstate the death penalty.
Steinmeier said he had expressed concern about mass arrests and the treatment of the media since the failed coup, but also that germany supported its NATO partner in fighting terrorism.
"I reported the worries that we have about the numerous arrests, mass arrests, and freedom of opinion and freedom of the press," he told reporters.
More than 110,000 people have been sacked or suspended in the crackdown that followed the putsch, and some 36,000 arrested. Media outlets have also been shut down.
At one point during the awkward news conference, a microphone was switched off as a German journalist tried to ask a question. "No freedom of media here, that's why," Cavusoglu joked caustically, in English.
Turkey has agreed to help control the flood of migrants into Europe in return for visa-free travel for Turks to Europe. But Brussels first wants Ankara to rein in anti-terrorism laws that it says are too broad.
Turkey has repeatedly refused to change the laws, saying they are necessary to combat its multiple security threats.
"It cannot be expected for us to stop our fight against terror or take a step back," Prime Minister Binali Yildirim told members of his ruling AK Party in parliament on Tuesday. "EU ambassadors cannot decide how the law will work in Turkey."
The bitter rhetoric from Turkey has increased since the release of a highly critical EU report last week that made clear its prospects of joining the 28-nation bloc have become more distant. "The latest report published by the EU has both saddened and disturbed us," Yildirim said.
Steinmeier said he was against the EU breaking off accession talks with Turkey. Alluding to the tense atmosphere, he thanked Cavusoglu for "a conversation today that was not very easy", but which he said had been open and honest.
Turkey has also accused its European allies of not doing enough in the fight against the Kurdistan Workers Party (PKK), which is considered a terrorist group by Ankara, the EU and Washington.
Cavusoglu said there were outstanding legal cases against 4,500 PKK members residing in Germany, but only three suspects had been sent back to Turkey so far. Steinmeier said he had no knowledge of the cases.