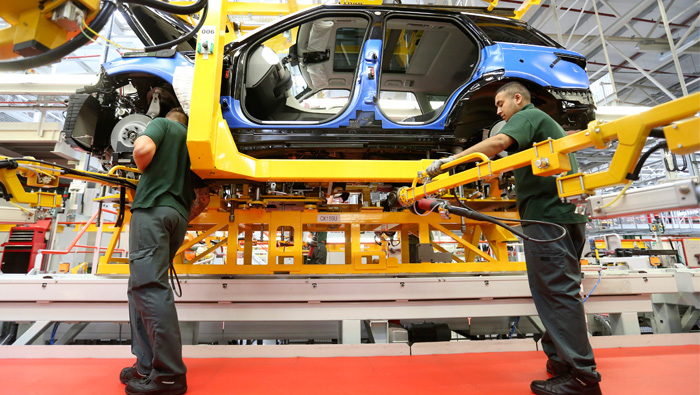 Mumbai: Tata Motors swung to a quarterly profit on the back of surging sales at its luxury Jaguar marque, as exiled group chairman Cyrus Mistry strives to remain at the helm of Tata Group’s largest company by revenue.
Net income was Rs8.28 billion ($123 million) in the three months through September, compared to a loss of Rs17.6 billion a year earlier, Tata Motors said in a statement on Monday. That compares to the Rs27.6 billion average of analysts’ estimates. Jaguar Land Rover luxury-vehicle unit posted a profit of £244 million ($305 million).
Jaguar’s sales surged 84 per cent in the quarter on demand for its entry-level XE sedan and F-Pace sport utility vehicle. Even with the profit posted at the Jaguar Land Rover unit, which accounts for 86 per cent of the automaker’s operating income, investors may focus more on the boardroom power struggle that’s engulfed its parent for the future of the automaker.
The automaker has recently been caught in the turbulence at group holding company Tata Sons, where Mistry was abruptly removed last month as chairman less than four years after succeeding Ratan Tata. Mistry remains chairman of Tata Motors.
In relation connection with the feud between Mistry and the parent group, the independent directors at Tata Motors’ board said in a statement that they support and have full confidence in the management of the company and its subsidiaries.
Mistry had said he was wrongfully terminated as chairman of the parent company and alleged that constant interference from his predecessor undermined Mistry’s ability to fix problems at the group, according to a copy of a letter to the board of Tata Sons.
Tata Sons, which owns about 27 per cent of Tata Motors, has sought an extraordinary meeting of shareholders of the automaker to consider removing Mistry and Nusli Wadia as directors.