Europeans rally around defence plan after campaign swipes by Trump 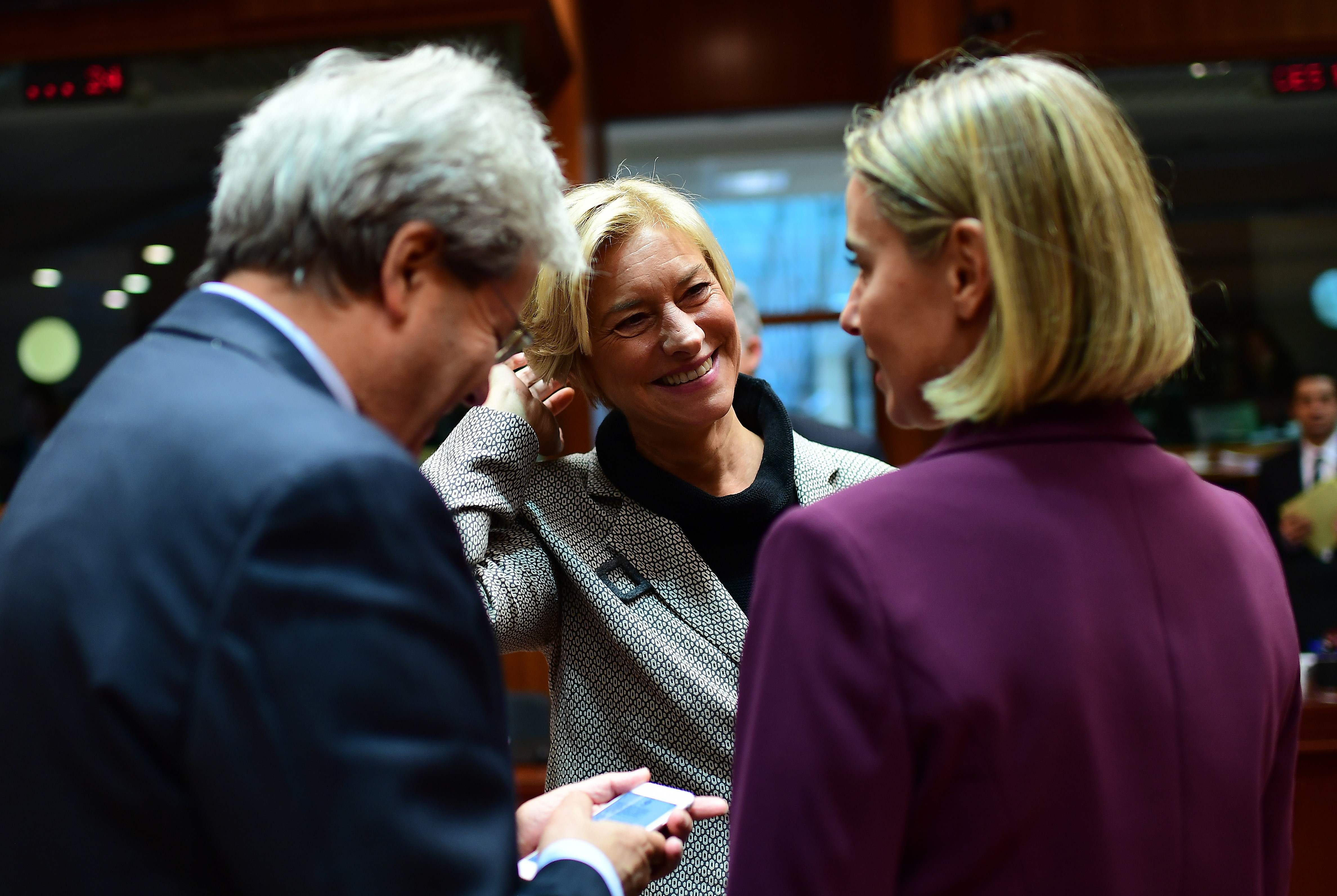 BRUSSELS: France and Germany looked set to win support on Monday for a European defence plan that US President-elect Donald Trump has made more urgent by criticising low defence spending by allies and questioning America's security guarantees for Europe.
High-level representatives of the two countries were heading to an EU meeting of foreign and defence ministers to present a revamped EU defence cooperation plan as a way of shoring up a club still digesting the impact of Britain's decision to quit.
The plan envisages relatively modest moves - increasing joint European spending on military missions, developing assets such as helicopters and drones and expanding peace-keeping operations abroad.
It does not envisage formation of a European army, though it foresees a planning centre for civilian and military missions being set up.
European planners are at pains to stress it will not duplicate or rival the work of NATO. But the plan takes on special relevance after Trump's comments during his campaign for the U.S. presidency in which he criticised low levels of defence spending by some European members of the U.S.-led NATO.
The election of a Russia-friendly political novice as president in Bulgaria - a member of both the EU and NATO - has given further impetus to French and German efforts to improve common defence operations.
"Europe must not wait for the decisions of others. It should defend its interests and its strategic role in the world," French Foreign Minister Jean-Marc Ayrault said as he arrived for a special session of the EU's 56 foreign and defence ministers in Brussels.
"We will make clear our desire for strategic autonomy and to use the tools that will allow us to act," Ayrault said, using EU code for reducing reliance on the United States.
Diplomats said the refusal of the foreign ministers of Britain, France and Hungary to attend a post-U.S. election dinner on Sunday night in Brussels did not detract from the wider consensus on the defence plan.
Ministers were expected take a formal decision to back the plan later on Monday though it will require approval from EU leaders at a summit in December and will likely to take many months to implement.
The EU has 17 military and civilian missions underway - many of them well out of the classic European theatre, from the Democratic Republic of Congo to the central Mediterranean where it is seeking to stem migrant flows from Libya and uphold a U.N. arms embargo.
During the U.S. election campaign Trump threatened to abandon U.S. allies in Europe if they do not spend enough on defence, appearing to question almost 70 years of U.S. military support that have been a cornerstone of American foreign policy.
British Foreign Minister Boris Johnson, who led the campaign for Britain to leave the EU, said the key for Europe was to increase defence spending that has sunk to historic lows in some parts of western Europe.
"It is a good thing if other European countries do shoulder more of their responsibilities and spend a bit more on defence," Johnson told reporters in Brussels on Monday.
London would not stand in the way of the defence plan, he said.
EU foreign policy chief Federica Mogherini, who chairs the meetings of ministers, went out of her way to say there were no plans to form a European army and countries would retain control over their militaries.
"I have said it repeatedly ... it is not about an EU army, it is about a European Union security and defence that is more effective than it is today," Mogherini said.
France, which along with Britain is Europe's main military power, has pushed defence cooperation along with Germany after Britons voted to leave the EU in a June referendum.
Some eastern and Baltic EU nations worry stronger European defence coordination could duplicate or undermine NATO, while Ireland, Sweden and Austria are more generally cautious of any change to the status quo.
Though the new steps proposed are generally seen as modest, one diplomat said the proposed plan broke taboos that have held back European defence cooperation since the French parliament rejected a first attempt in the 1950s.
Through a new annual review process, governments also aim to put pressure on those EU members who do not spend enough on defence.
The European Commission, the EU executive, is also set to put aside money for the first time for European defence research.