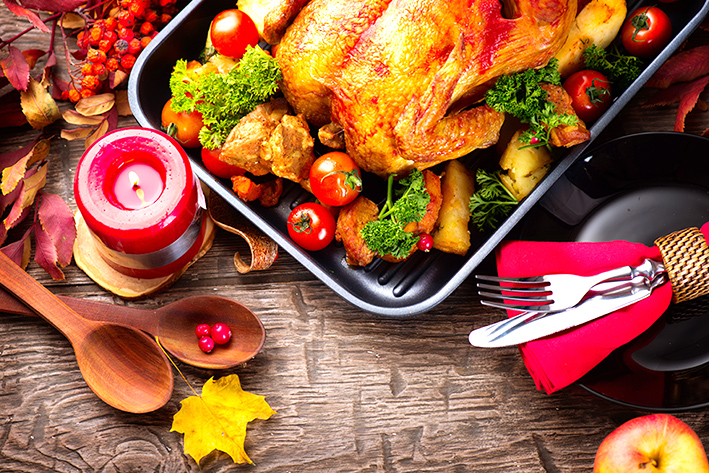 Classics On The Laval Thanksgiving Menu
Many additional items will be on offer, including a selection of salads, soups, cheeses, crudete, beef, chicken, salmon, and vegetarian main dishes, and spread of pastries and cakes. Below we highlight the classic Thanksgiving staples that are sure to be there.

Thursday, November 24th, 7pm-11pm
OMR19 per person for Thanksgiving buffet and soft drinks. Special two-hour unlimited hops and grapes package for an additional OMR6 per person. Kids under 12-years-old are half price, and kids under 5-years-old are free.

Driving Directions:
From Qurum or Ruwi:
Take the Muscat Expressway heading towards Ghala; Get off on the Ansab exit (do not take the first right off at the exit, but rather the second right which is actually the Ansab exit.) Stay on your right hand side and take the flyover to get back onto the Expressway heading back toward Qurum; However, stay on your right on the service road. Take the third right, just before the large Sadolin Paint Billboard (there will be a smaller sign that reads Ghala Golf Club); then take the first left onto the Golf Club- LAVAL is located inside the Club House.
From Seeb:
Get on the Muscat Expressway (most likely from Ghala Industrial side). Take the first exit- which is the Ansab exit; stay on the service road, and take your 4th right (just before the Sadolin Paint Billboard), then your first left onto the Golf Club.