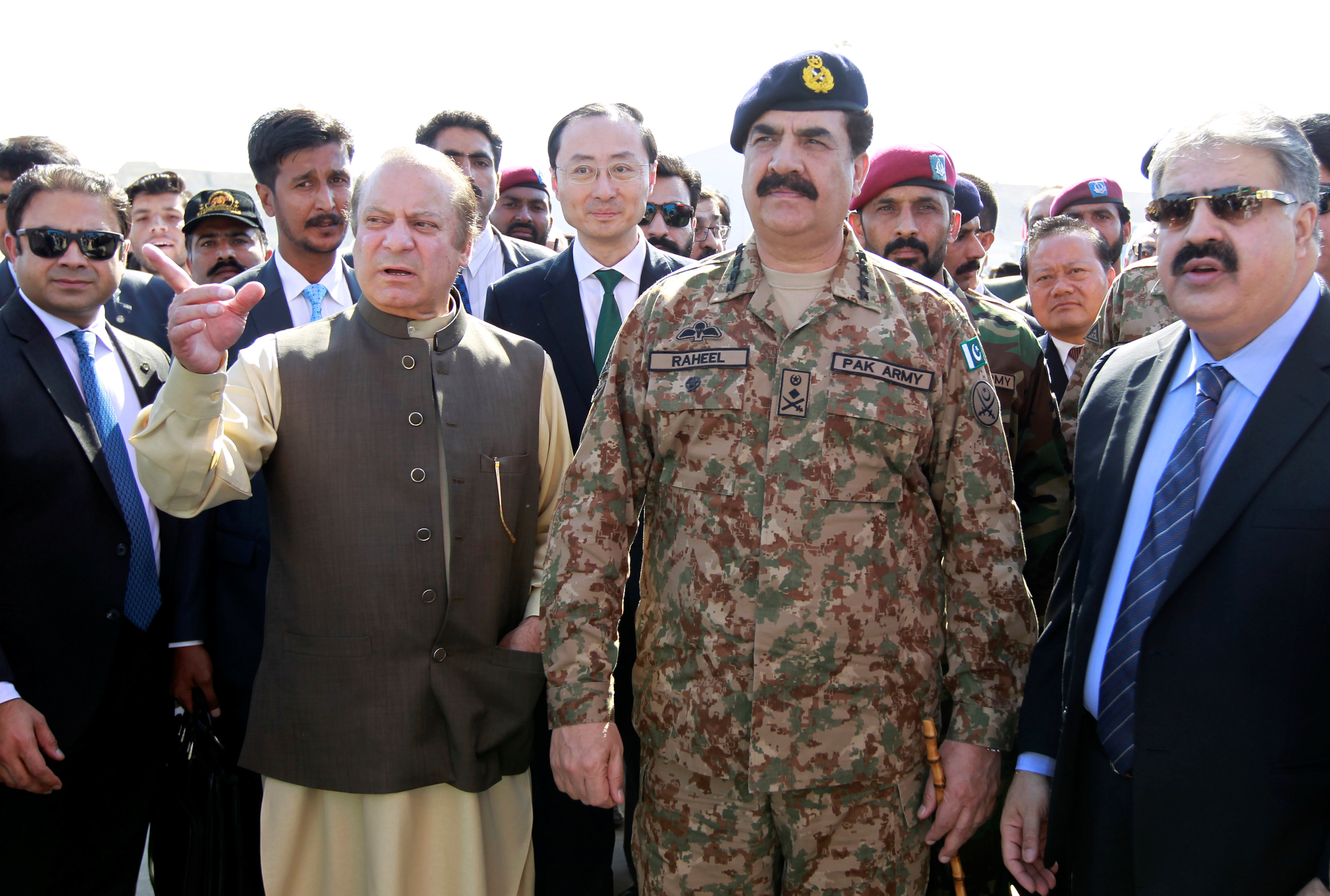 Gwadar: Pakistan's prime minister and army chief welcomed on Sunday the first large shipment of Chinese goods through the renovated port of Gwadar, part of a trade link between western China and the Arabian Sea.
The deep-water port in Pakistan's southwestern province of Balochistan is key to the $46 billion China Pakistan Economic Corridor (CPEC) that also encompasses roads and energy projects. "Pakistan is located at the intersection of three engines of growth in Asia - South Asia, China and Central Asia," Pakistani Prime Minister Nawaz Sharif said at a ceremony on Sunday.
"CPEC will help in integrating these regions into an economic zone offering great opportunities for people of the region as well as investors from all over the world."
Army Chief General Raheel Sharif also attended Sunday's ceremony at the port, which is expected mostly to see imports of building materials in the next year before eventually becoming a gateway for goods from western China's Xinjiang province.
The port ceremony came a day after a bomb in another part of Balochistan killed at least 52 people at a shrine in an attack claimed by IS.
Balochistan is home to an ethnic nationalist insurgency as well as operations by sectarian militants including Lashkar-e-Jangvi, which has previously said it partners with IS's Middle East-based leadership. Pakistan has raised a dedicated security force to protect CPEC projects. The prime minister on Sunday vowed that attacks would not derail any of the work, while expressing condolences to victims of the shrine attack. "Our hearts are saddened and thoughts are with the innocent victims' families," he said. "But at the same time, "I want to re-emphasise that such cowardly attacks cannot weaken our resolve to eliminate the menace of extremism and terrorism from our country in all forms."