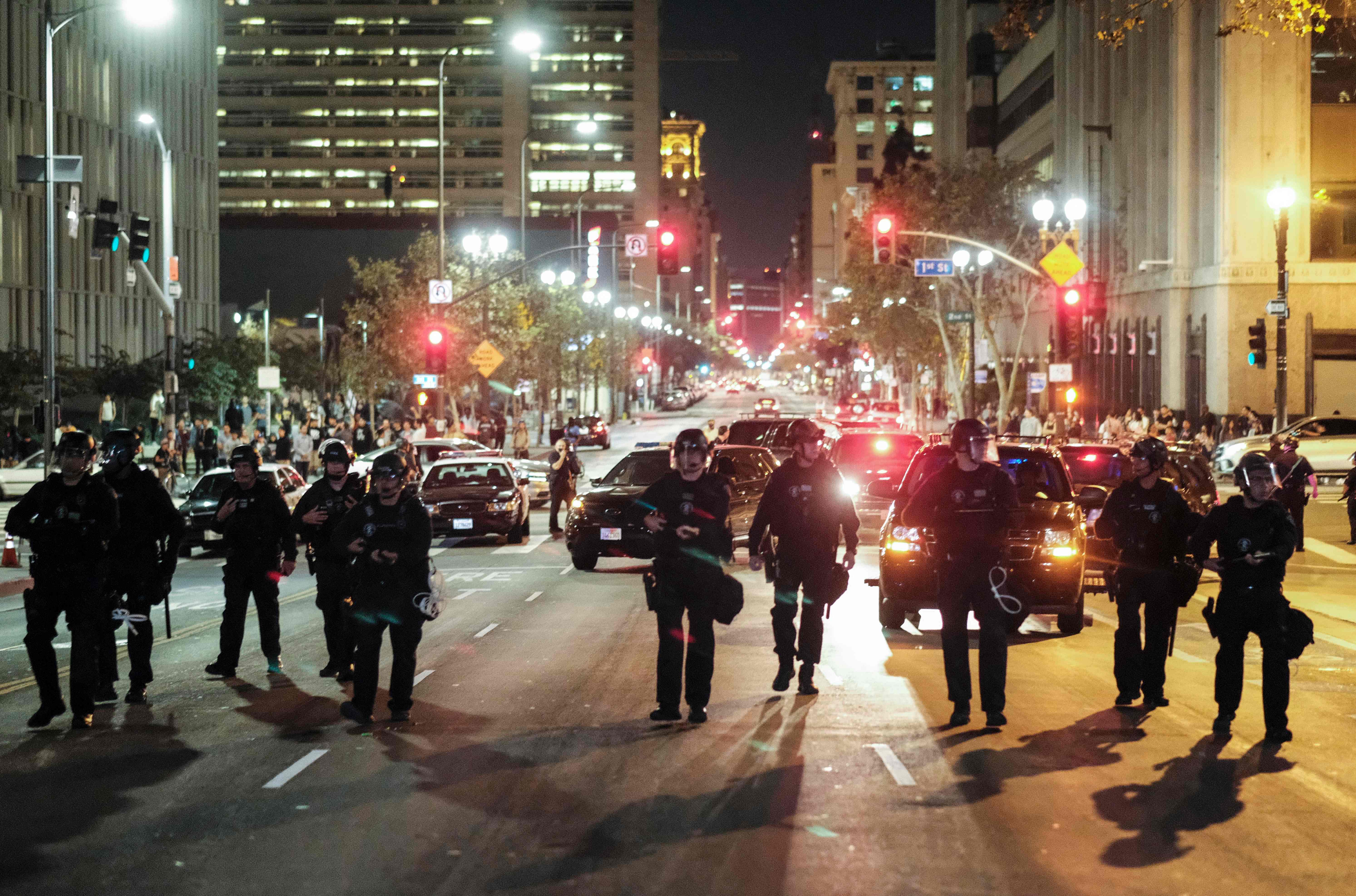 Many of the California tech industry's leaders are unhappy with the outcome of the US presidential election. This being Silicon Valley, they've come up with an innovative response: Secede from the union.
It's one idea I hope they won’t bring to fruition.
California supported Hillary Clinton more than any other state, yet the election was called before its votes could even be tallied. The tech industry was particularly disappointed, given Trump’s stance on issues like trade and immigration. As Sam Altman, president of startup incubator Y Combinator, put it in a tweet: “this feels like the worst thing to happen in my life.”
Silicon Valley won’t take this sitting down. Shervin Pishevar, co-founder of transportation startup Hyperloop One, has promised to fund a campaign for California to become its own nation. Supporters are working on an initiative to put a referendum for California secession on the 2018 ballot. On Wednesday, residents gathered in front of the capitol building in Sacramento to rally for independence.
Whether or not secession works out, people like Altman have plenty of backup plans. In an earlier interview with the New Yorker, Altman explained his preparations for the apocalypse: “I have guns, gold, potassium iodide, antibiotics, batteries, water, gas masks from the Israeli Defense Force, and a big patch of land in Big Sur I can fly to.” Plan B is to fly to New Zealand with billionaire venture capitalist Peter Thiel.
Okay, this is why half the country hates the wealthy elite. They can muck things up all they want, and simply leave when the going gets tough. And they love to experiment with other people's lives. Thiel cofounded the Seasteading Institute, a movement to build independently governed floating cities. Larry Page has designs on a regulation-free Google Island, Elon Musk plans to colonise Mars, and Tim Draper wants to carve up California and turn Silicon Valley into a ministate.
Balaji Srinivasan, a partner at venture-capital firm Andreessen Horowitz, suggests that the tech industry might not even need a physical exodus, but can build technology to opt out of undesirable policies: “It could be something as simple as allowing people in the middle class to make tax shelters.” Maybe Silicon Valley will disrupt government with a civil disobedience app.
A similar sequence played out just before the Civil War. In 1860, Abraham Lincoln won the presidential election without carrying a single Southern state. Wealthy cotton producers in the south saw no reason to support a government they no longer trusted, and seceded to form the Confederacy. They ran into trouble when the Union blockaded major ports to prevent the Confederate states from trading.
California’s secession is unlikely to go any better. It became the world’s sixth largest economy thanks in large part to transfers from the rest of the country. The Bay Area tech industry received much of its early funding from the US Navy for things like radios and aeronautics research, which created demand for vacuum tubes and San Jose’s mercury mines. The biggest buyers of early silicon circuits were the Department of Defence and the National Aeronautics and Space Administration.
Secessionists point out that California receives only 94 cents in federal spending for every dollar it pays in income tax. Yet leaving could sever crucial ties to the rest of the country. Southern California gets most of its water from the Colorado River in Arizona, and the entire state’s natural gas and oil supply arrives through pipelines coming from Texas. Many California-based companies are incorporated in Delaware, for the lower tax rates.
In theory, state representatives could negotiate independent trade agreements, but this would cost a lot more than the 6 per cent of California tax dollars that go to other parts of the union (there’s something to be said for economies of scale). Plus, the new Republic of California wouldn’t survive a foreign invasion unless it built its own military or became the protectorate of another nation.
Pishevar suggests that an independent California could someday rejoin the US (presumably after we elect a more favourable president). That’s not how a nation-state works. The US is not a drive-through service station, and people don’t like it when a certain contingency gets to treat it as such.
Technology companies stash their earnings in low-tax foreign jurisdictions to avoid the high US corporate tax rate. Meanwhile, they enjoy the benefits of government-funded research and property rights backed by the largest military in the world. Tech industry leaders have taken all the steps they can to leave without physically departing. Before making any more radical moves, they should recognise what a good deal they're getting. - Bloomberg View