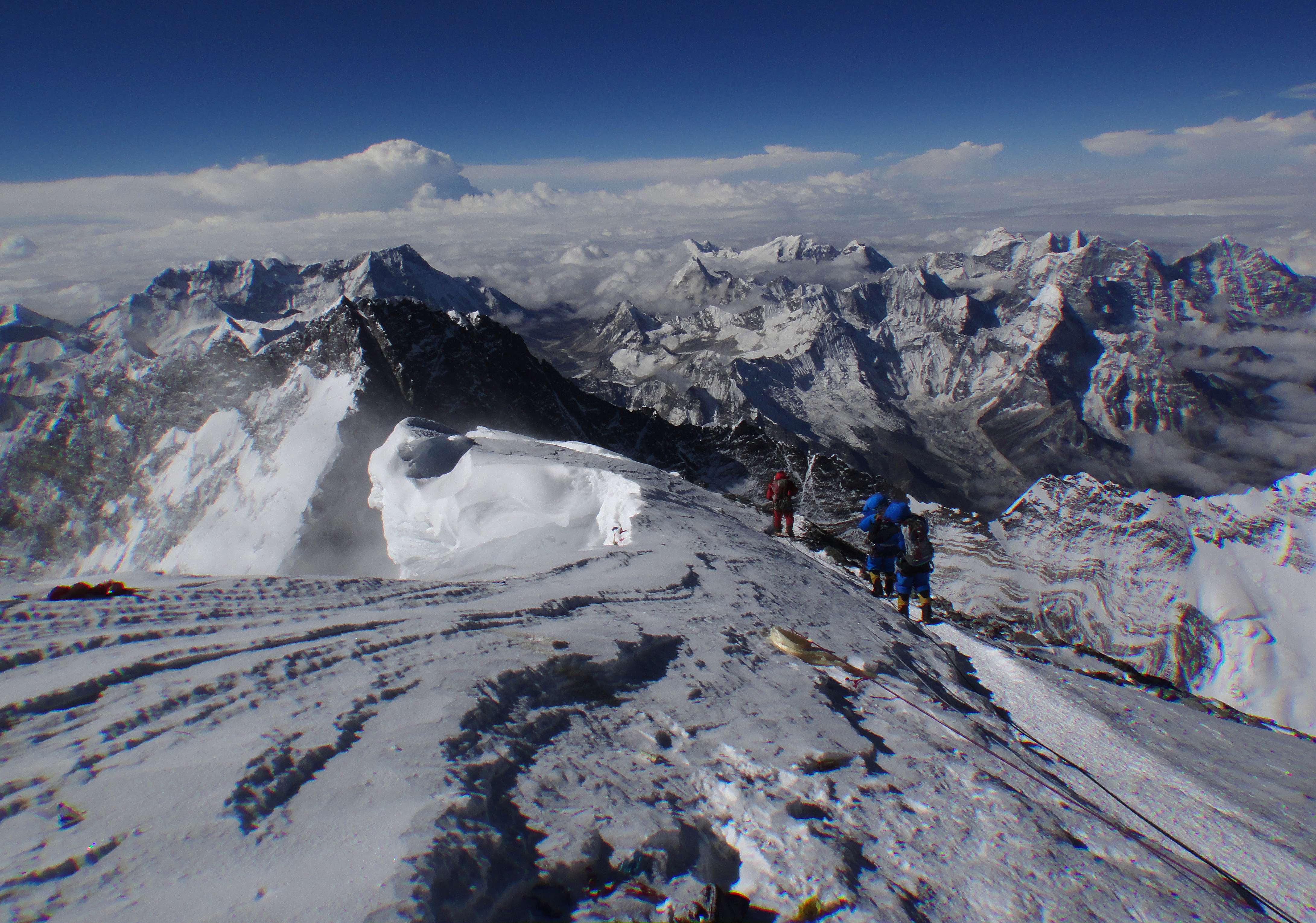 China has big plans for Mount Everest. Although the south-facing side of the mountain, in Nepal, might be better known, the Tibetan north face also has a rich mountaineering history, and China has outlined an ambitious new vision for commercialising it. That may sound like an unseemly approach to the world's tallest and most forbidding peak. But on balance, it will actually be a good thing.
Earlier this year, China opened a new paved road that winds 14,000 feet up the slope and stops at the base camp parking lot. Plans are in the works to build an international mountaineering centre, complete with hotels, restaurants, training facilities, and search-and-rescue services. There will even be a museum.
Such amenities are appalling to trekking purists, who prefer Nepal's rugged and largely undeveloped landscape. But China hopes they'll bring economic growth to politically fractious Tibet, promote tourism and help popularise winter sports ahead of the 2022 Beijing Winter Olympics. (Not incidentally, it's also building 800 new ski resorts.)
Developing the area around Everest will boost all those goals -- while making the mountain safer, cleaner and more user-friendly for the growing waves of tourists who want to visit it.
It should also be a lucrative business. In 2014, tourism accounted for 8.9 per cent of Nepal's gross domestic product, with trekking and mountaineering playing the most visible role. One estimate places the total value of the sector there at $340 million. Nepal's government typically collects more than $3 million in Everest permit fees each year, at $11,000 a pop.
Unfortunately, it hasn't been using those fees wisely -- and that gives China an opening. Among other problems, the Nepal side has been plagued by corruption, mismanagement and safety issues. Climbers are required to pay "liaison officers" up to $3,000 to accompany them, for example, but a recent government investigation found that most of the officers simply accept the fees without bothering to leave Kathmandu. This contributes to a range of chronic troubles, including inexperienced climbers, overcrowding and pervasive garbage.
All of which compounds the biggest problem: safety. Just above base camp on the Nepali slope sits the Khumbu Icefall, a treacherous expanse of in-motion glacial ice that has been responsible for the majority of deaths on Everest over the years, including those of 16 Sherpas who were caught in an avalanche in 2014. Overcrowding and inexperienced trekkers heighten that danger alarmingly.
And that's contributing to mountaineers giving Tibet a second look. It was the 2014 tragedy that prompted Adrian Ballinger, of Alpenglow Expeditions, to move his Everest operation from Nepal to Tibet. Ballinger, who has been traveling to Nepal since 1997 and has climbed Everest seven times, said the decision wasn't difficult. "I've seen a very clear move by the Chinese government to improve safety and environmental management on the mountain," he told me.
Ballinger cites several examples, including the government's efforts to ensure that reliable ropes and ladders are in place along the climbing route (their work is "really good," he says). In Nepal, those tasks are done by teams of Sherpas and climbers, and the quality can be inconsistent. China has also started to aggressively restrict inexperienced climbers, which should reduce the risk of dangerous traffic jams. Most important, China has a functioning liaison system, staffed by competent government officials who manage climbing teams and their waste.
This competition is bad news for Nepal, which is already struggling to rebuild its tourism industry after being hit by a devastating earthquake in 2015. With many of its cultural treasures destroyed, some mountains and trails still inaccessible, and politics unstable, that won't get easier any time soon. Another concern is cultural: China's development of Everest means that a mountain that many in Nepal consider sacred ground -- climbing was forbidden for decades -- may now be dominated by a country that has other priorities.
But what's bad for Nepal will likely turn out to be a boon for tourists. Instead of fencing off Everest as a pristine wilderness, much as the US has done with its national parks, China is approaching the Himalayas as the Europeans have the Alps. These days, anyone can take a train to the foot of the Matterhorn, then climb in safety along fixed routes overseen by rangers. What's lost in naturalism is gained in accessibility.
That's a better approach to high-altitude tourism. And if China sticks to it, it may well become the world's new gateway to the Himalayas.