'Termination clause in nuclear-deal with Japan not binding on India' 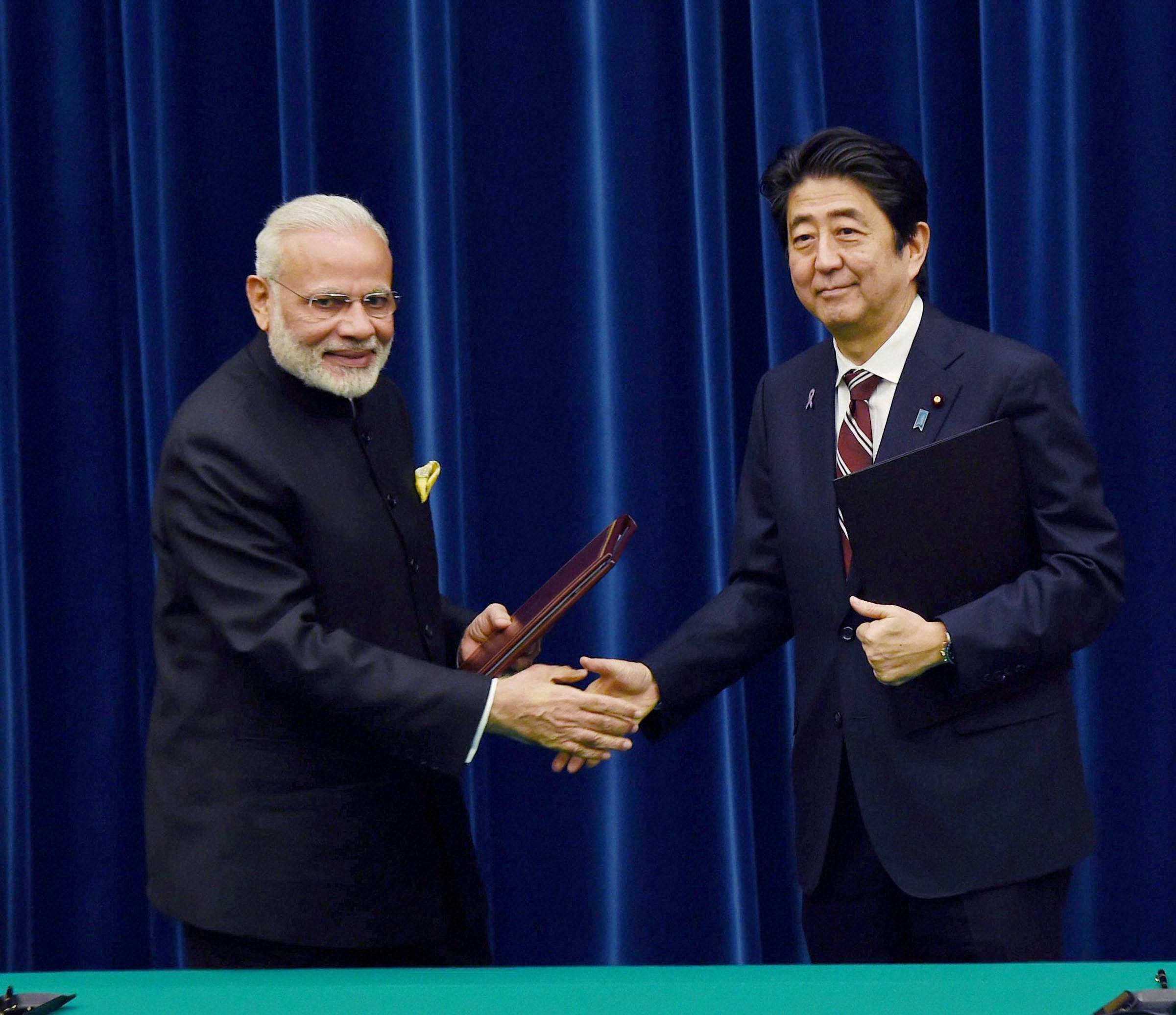 New Delhi: The landmark civil nuclear deal signed with Japan has a "termination" clause which the government here insists is not binding on India. In the Nuclear Cooperation Agreement, signed in the presence of Prime Minister Narendra Modi and his Japanese counterpart Shinzo Abe in Tokyo on Friday, there is a note on "Views and Understanding" wherein the Japanese side has cited India's September 2008 declaration of unilateral moratorium on atomic tests and said if this commitment is violated, the deal will terminate.
The Indian government holds that this is merely recording of the views of the two sides. "That note is simply a record by the negotiators of respective views on certain issues. It is not the NCA (Nuclear Cooperation Agreement) which is what is binding," said a source here.
"On termination, there is no change from the US template," the source added. The sources maintained that the views of Japan, "on when they can ask for it", is "their national prerogative".
Japan, the only country in the world to have suffered nuclear attacks, has made a major exception by signing the atomic cooperation agreement with India, despite it being non-signatory to the Nuclear Non-Proliferation Treaty (NPT).
After the Indo-Japan deal was signed, Foreign Secretary S. Jaishankar had said it is strikingly similar to atomic agreements India inked with the US and most of the other countries, having provisions like 'termination' clause.
In the 123 Agreement between India and the US, there is a clause for termination but it mentions that if India conducts a nuclear test, the two sides will initiate discussions immediately to understand the reasons for it. The discussions have to be concluded within a year, inferring that till then the nuclear deal will not be called off.
During the joint media interaction along with Modi after the deal was signed, Abe had referred to India's declaration of September 2008 with regard to voluntary moratorium on nuclear tests.
"This agreement is a legal framework that India will act responsibly in peaceful uses of nuclear energy and also in Non-Proliferation regime even though India is not a participant or signatory of NPT," he had said.