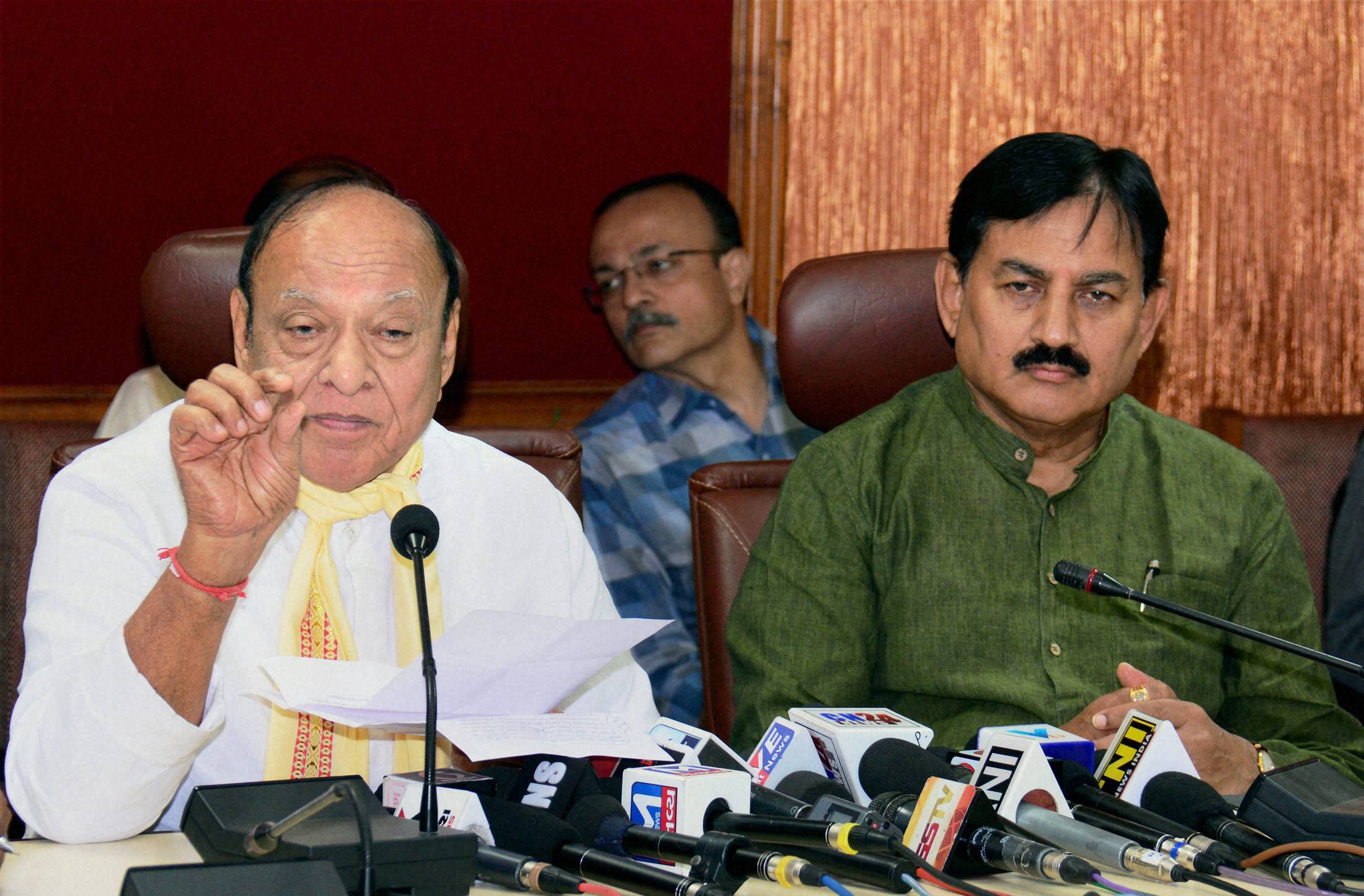 Ahmedabad: Gujarat Congress on Sunday alleged that the Centre has introduced demonetisation of high value currency notes as a "face saving exercise", as it has failed to fulfil its pre-poll promise of bringing back black money stashed in foreign banks.
Senior Congress leader Shankersinh Vaghela took a dig at the BJP-led Central government alleging that the move to scarp currency notes of Rs500 and Rs1,000 is a "conspiracy" by the saffron party to help those close to them to convert black money into white at the cost of hardships faced by common man in exchanging their notes.
"In their campaign for 2014 Lok Sabha polls, BJP had promised to bring back black money parked in Swiss banks. Now, as the government failed to fulfil their promise, they came up with this idea, which is nothing but a face saving exercise by the BJP," said Vaghela.
Terming the decision of demonetisation as 'lunatic', he accused the BJP of targeting all those political parties which are raising questions. "This is a lunatic decision by the Centre. When former PM Manmohan Singh floated this idea of demonetisation during UPA rule, these BJP leaders protested such a move. Now, when people are opposing the move, BJP is accusing them of having black money," Vaghela said at a press conference here on Sunday.
"This is nothing but a conspiracy to help their near and dear ones to convert their black money into white at the cost of hardship of common men. Innocent citizens are paying a high price for such decision," said Vaghela, who is the Leader of Opposition in Gujarat Assembly.
Taking a dig at the BJP, Gujarat Congress unit president Bharat Sinh Solanki hoped that every citizen gets Rs1.5 million after the exercise.
"We only wish that everyone gets Rs1.5 million as promised by the BJP ahead of polls in 2014. We are not against the scheme. We are just opposing the way in which it is being implemented, as common people are suffering due to this unthoughtful decision," said Solanki.
He also said that Congress leaders are keeping a watch on some cooperative banks suspected to be involved in helping BJP leaders and their associates in converting their black money into white. With Gujarat scheduled to go for polls next year, Solanki announced taking up the issue of youths employed by state government on fix-pay scale or on contract basis. He claimed more than 1.5 million youths are affected by this policy.
"Demanding justice for these 1.5 million youths, me and Vaghela would sit on dharna outside Collector office on November 14 and 15. Congress believes in equal-work-equal-pay norms. If government does not scrap this fix-pay system, Congress will launch state-wide protests after November 15," Solanki said.