Rescuers scramble a day after IS bombing at Pakistan shrine 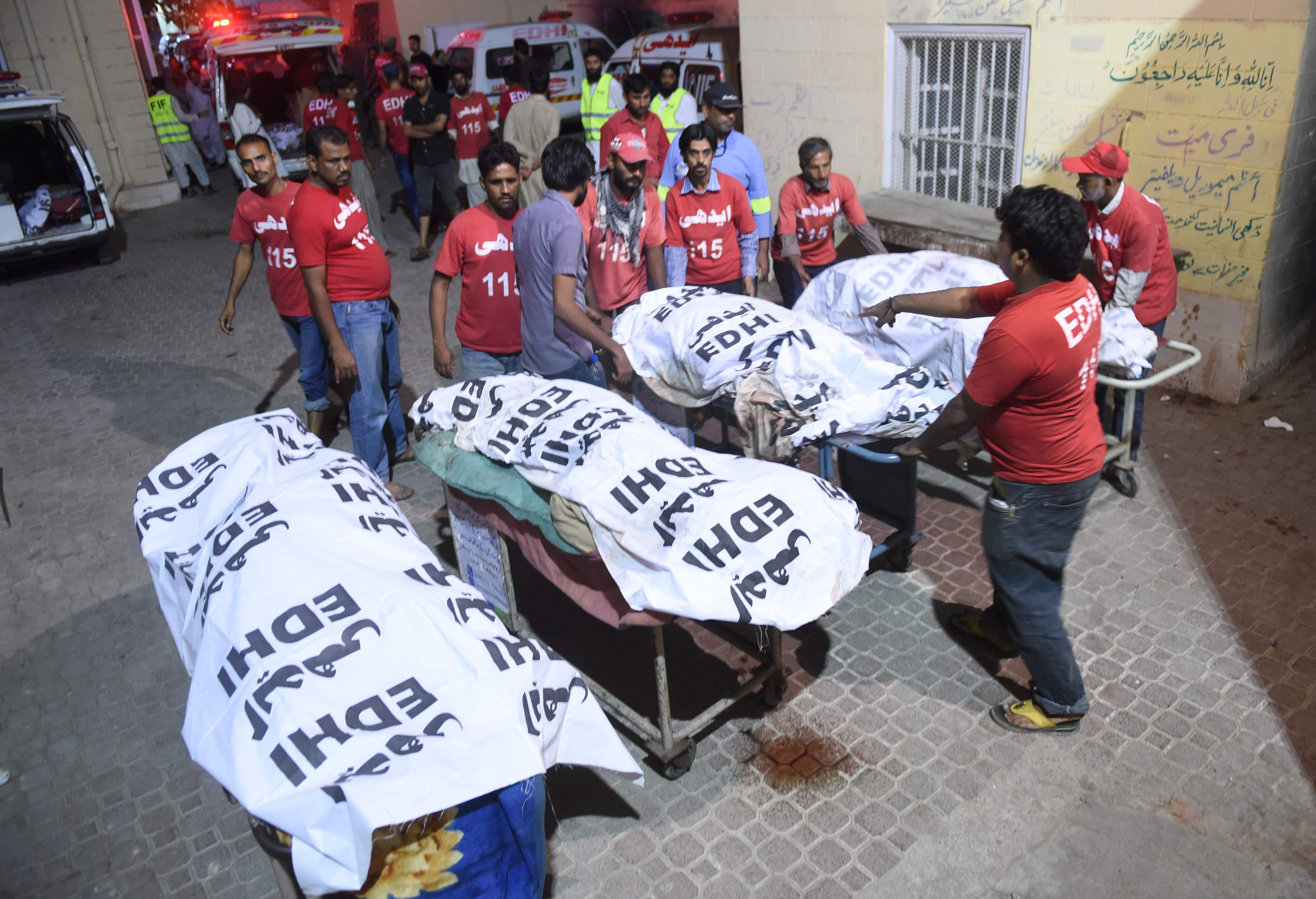 Karachi: Rescuers and doctors were scrambling on Sunday to reach the remote Sufi shrine in Pakistan's restive Balochistan province as officials feared the death toll from the suicide bombing claimed by IS may go beyond 52. The third major terrorist attack in the province in a little over three months was believed to be carried out by a 14-year-old boy at Dargah Shah Noorani in Khuzdar district's Hub region. It killed at least 52 and wounded 102. The attack happened when nearly 600 worshippers were at the popular shrine frequented by Iranian nationals as they enjoyed a Sufi dance called "dhamaal".
The dirt-poor mountainous terrain of the region, where medical facilities are limited, was hindering rescue efforts. Security forces have established a cordon around the site of the blast and were scrambling to carry out emergency services.
Further reinforcements and additional 45 army ambulances were also dispatched to the scene, with additional support from Sindh Rangers, local media reports said. The army's media wing added that helicopter evacuation of the wounded will be attempted, as there is no airstrip nearby to land larger aircraft.
"The shrine is located some 250 kilometres from Karachi in the remote mountains of Uthal and our vehicles have been dispatched there to carry out rescue operations and shift the injured to the hospitals," said Hakeen Lassi, an official of the Edhi Trust Foundation. An emergency has been declared in hospitals of Khuzdar and Karachi. The only hospital in the district is Civil Hospital Khuzdar, which is not equipped to handle a situation of this magnanimity, Dawn reported. "The rescue operations are going on and the casualties could rise as some people are still trapped at the place where the blast took place," Balochistan Home Minister Sarfaraz Bugti has said. The attack underlines an increasing presence of Islamic State in Pakistan, which has until now largely ignored the group's presence in the country and blamed terrorist attacks on home-grown outfits like Lashkar-e-Jhanghvi and others. However, IS, while claiming Saturday's suicide bombing, said it carried out the attack with an intent of targeting Shia muslims.
The Express Tribune has quoted police sources as saying that the suicide attack was carried out by a 14-year-old boy.
"All evidences point to a suicide bombing," they said. A day after the blast, questions have been raised over the security at the shrine. Local tehsildar Javed Iqbal has said the security arrangements at the shrine were not adequate.
"It is sad that although thousands of devotees from Karachi and other parts of the country visit the shrine everyday there are no medical emergency facilities or ambulances at the site," he said. This was the third major incident of a bombing in the province since August. In August, about 70 people were killed in a suicide bomb attack outside the civil hospital in the provincial capital Quetta.
Last month, 64 police cadets and two army men were killed when three terrorists raided a police training centre in Quetta.