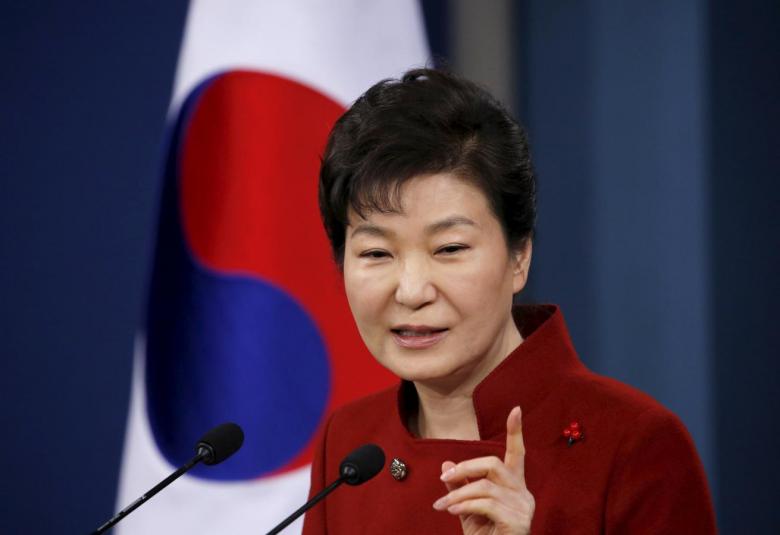 Seoul: South Korean prosecutors are seeking to question President Park Geun-hye this week over a political scandal which has engulfed her presidency, Yonhap reported on Sunday.
Prosecutors are investigating whether Park exerted improper pressure on "chaebol" conglomerate bosses to raise funds for two foundations at the centre of an influence-peddling scandal involving a friend of hers.
Prosecutors have already questioned the chairmen of Hyundai Motor and Korean Air Lines and plan to question the de factor head of Samsung Group and other conglomerate chiefs over the political scandal, media reports said on Sunday.
Hundreds of thousands marched in the capital Seoul on Saturday demanding her resignation. Many of them said Park was unfit to rule.