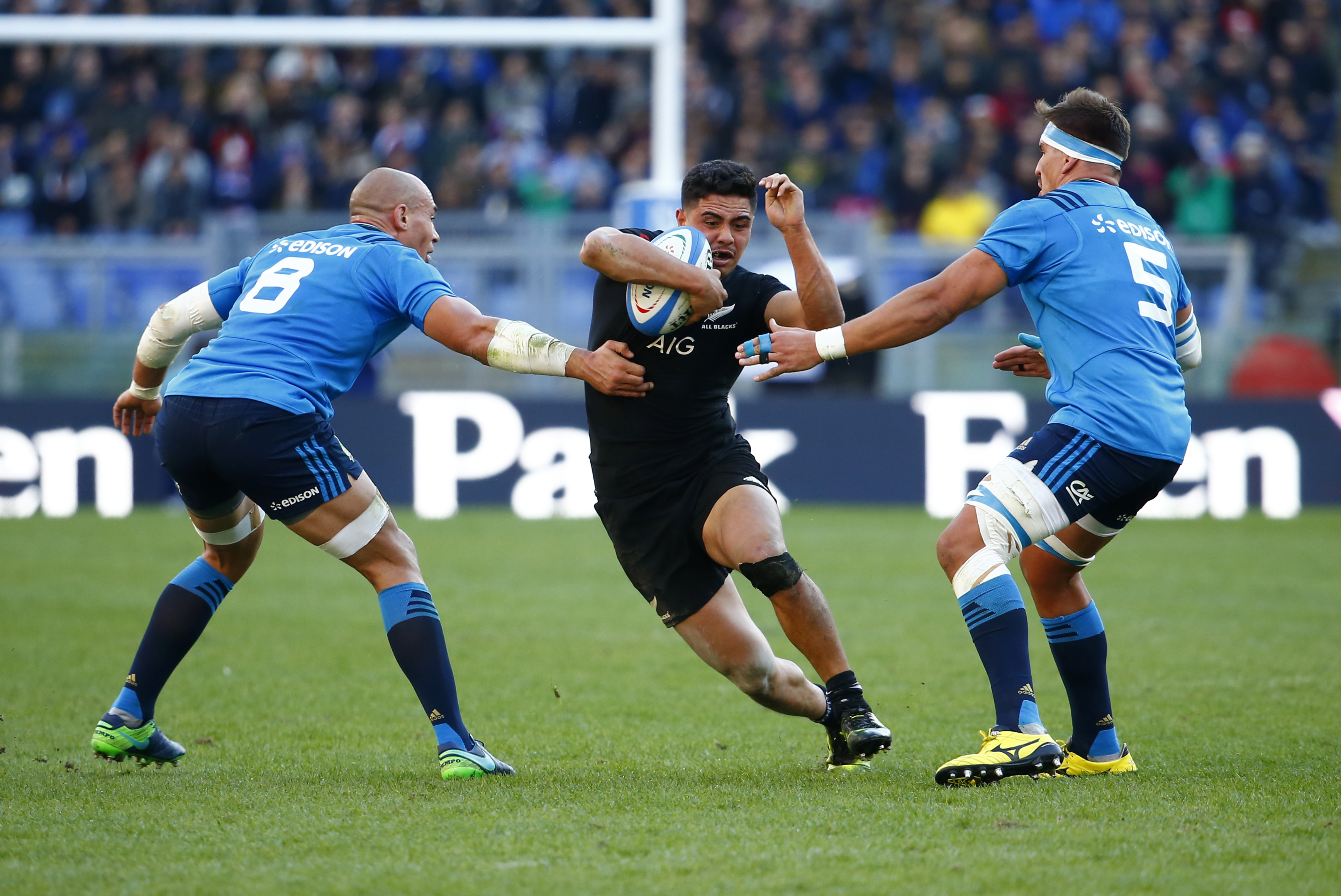 Rome: New Zealand ran riot against Italy on Saturday, running in 10 tries in a crushing 68-10 win that drew a line firmly under their shock defeat by Ireland last week.
The All Blacks' performance, following the end of their tier-one world record sequence of 18 consecutive Test wins the previous weekend in Chicago at the hands of the Irish, was anything but smooth at times.
But coach Steve Hansen was satisfied.
"It bodes well for next week, we have a lot of people in form," he said, referring to a rematch against Ireland set for Dublin next weekend.
"Above all, it bodes well for the future, next week and beyond."
Despite having rested some of their best players, they were still a class above the Italians, who had hoped for more under new Irish coach Conor O'Shea.
New Zealand's tries were shared across the team, including a double from Malakai Fekitoa and one from debutant Rieko Ioane, with the home side's only try coming from an intercept with barely 10 minutes to play, Tommaso Boni running away to score.
New Zealand ran the hosts ragged, scoring five tries in the first half, Fekitoa starting the rout after three minutes with Charlie Faumuina, Patrick Tuipulotu, Israel Dagg and Wyatt Crockett all going over for further scores before the break.
The one-sided fare subdued a home crowd of around 70,000 at the Stadio Olimpico with the world champions ending up looking as if they were on a training run as Steven Luatua, Fekitoa, Elliot Dixon, Ioane and Waisake Naholo added further tries.
Aaron Cruden was in good form with the boot, with seven successful conversion attempts, while replacement Lima Sopoaga also kicked two.
For Italy, the loss demonstrated that they have plenty of work to do if they want to be competitive against even a second-string New Zealand side.
"We have to put together a game that's able to survive 80 minutes," coach O'Shea said, adding that this would take time and hard work.
Italy face South Africa next week in Florence.