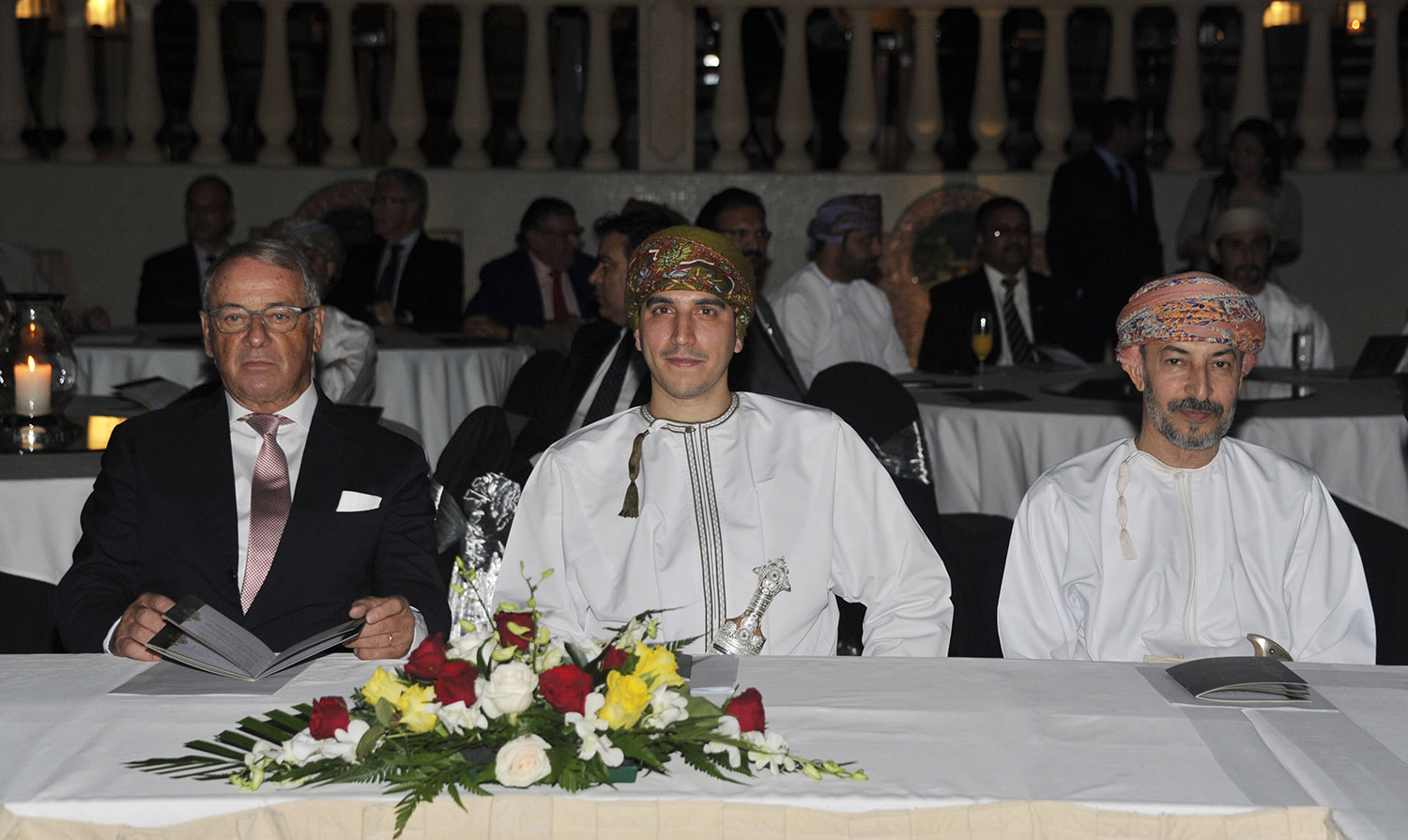 Muscat: His Highness Sayyid Kamil bin Fahd bin Mahmoud Al Said, Assistant Secretary General of the Office of Deputy Prime Minister for the Council of Ministers presided, yesterday, at Grand Hyatt – Muscat hotel over the ceremony to launch the Omani-Swiss Friendship Society in the presence a number of members of the Royal Family, ministers and undersecretaries.
Sayyid Abdullah bin Hamad Al Busaidi honorary chairman (from the Sultanate’s side) of the Society gave a speech in which he expressed his delight over the launch of the Society, which he said “comes in November the month which will see the celebrations of the glorious National Day.”
The Society aimed to achieve the noble goals of communication between the two countries under the era of leader of the blessed renaissance of Modern Oman, His Majesty Sultan Qaboos bin Said, he added.
Adolf Ogi, honorary chairman (from the Switzerland’s side) also gave a speech in which he expressed his delight over the official launch which he said “was organised in modern Oman, the country which is referred to as the (Switzerland of the Middle East) and the development of which kicked off in 1970 under the wise leadership of His Majesty the Sultan”.
The embassy of Switzerland in Muscat was opened in October 2015 in recognition to the increasing significance of the bilateral relation between the two countries, he added.